In late May, Taurasi suffered a sternum fracture that would keep her off the court for over a month, missing nine games. She returned at the end of June for three games, but a hip injury kept her out of the next three. Since returning from Toyko, Taurasi has averaged 17 ppg and 6 apg. (File photo by Matthew Andujo/Cronkite News)

PHOENIX – Diana Taurasi had seen a similar scenario a hundred times before: The Mercury had a lead but the opponent was mounting a final comeback. This time it was the New York Liberty, who trailed 89-79 with 4:43 remaining in the game on their home court.

The stage was set for a dramatic ending.

It was nothing more than a final curtain call.

On the next possession, Skylar Diggins-Smith drove inside and found Kia Nurse in the corner for a three, putting the Mercury up by 13. The offensive surge continued and Phoenix went on to win 106-79. And yes, that’s correct: The New York Liberty did not score in the final 4:43 of the game.

The Mercury now find themselves fifth in the league standings, their 14-10 record buoyed by their current five-game win streak. While for some teams the Olympic break in the WNBA schedule serves as a reprieve from the regular season grind, the Mercury saw three of their best players leave for Tokyo with Team USA in Brittney Griner, Diggins-Smith and Taurasi, who had not played in the WNBA since July 3, recovering from a hip injury. Additionally, Nurse and Alanna Smith played in Tokyo as well, representing their respective nations, Canada and Australia.

The Olympic break serves as the perfect starting point for reflection. Since the break, the Mercury have led the league in points and field goal percentage, shooting 50.6% from the field, while also ranking second in assists. On the other side of the court, the team has led the league in blocks, rebounds and opponent field goal percentage since the break as well, holding the opposition to 38.5%.

“It’s all about communication and trust, to be quite honest, in defense,” coach Sandy Brondello said. “And, obviously, competing. You just gotta play hard.”

The improved play has not gone unnoticed by players.

“I think part of it is just individual defense and … the more that you can contain an initial action in somebody else’s offense, the easier it is not to get into those rotations,” Nurse said. “There is not as much communication needed.” 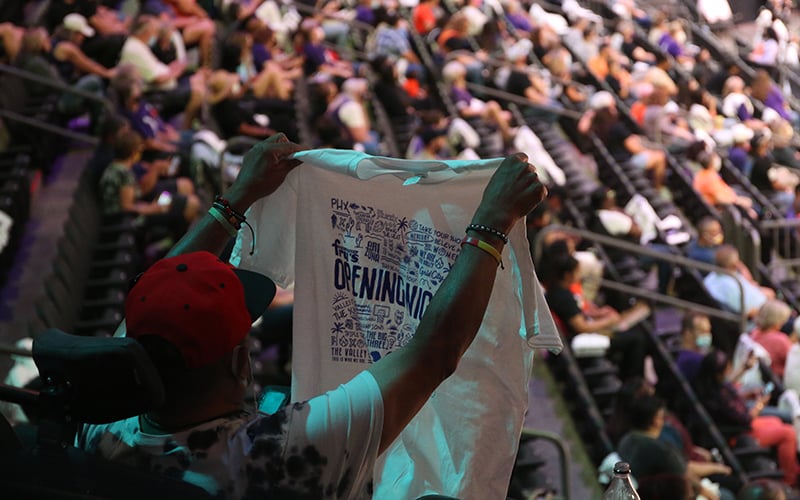 While the break may not have rested bodies, it offered the opportunity to wipe the slate clean and focus on the schedule ahead. After starting the season 9-10, the team needed to find itself if it had any hope of playoff success.

“When we came back from the break, there was an understanding of, ‘This was all the games we have left, and we wanna make a big run here,” Nurse said about the remaining 13 games.

She added that the team understood that while it has world-class talent offensively, the key to its success was going to be on the defensive end of the court.

Taurasi and Diggins-Smith echoed these sentiments and emphasized the importance of commitment. With only eight games left in the season, there is no more margin for error.

“We all have to do our job before the work needs to be done,” Taurasi said. “I think we’re just being a little bit more locked in on certain things, we’re communicating a little bit better.”

Diggins-Smith said that “every year it comes down to the last game in terms of seeding, so we have to stay focused. … We can’t really rest on our laurels. We have to continue to build, find ways to get better.”

Although injuries are rarely accepted by athletes and coaches as an excuse for failures, the importance of a healthy roster is not lost on this team.

“It definitely helps when everyone’s healthy and everyone’s on the court,” Taurasi said. “There’s a sense of confidence when you are healthy as a group. … We haven’t had that a lot this year, so it’s been nice to be able to go into these games knowing that we have a full squad.”

The current win streak coinciding with the return of Taurasi is no coincidence. But now, with the season winding down, there is little time for recovery, so keeping bodies on the court will be paramount to Phoenix’s success.

Brondello is confident Bria Hartley will return to the court in the coming weeks as she continues her recovery from ACL surgery. But the Mercury injury report does have a new name, as Griner suffered a lateral ankle sprain late in Wednesday’s game. While Brondello did not seem overly concerned following the victory, Griner is listed as questionable for their next game.

Phoenix faces the Liberty in New York at 5:00 p.m. (MST) Friday, the third and final matchup between the two teams.