PHOENIX – Some households have suffered serious threats to their health that went beyond COVID-19 over the past 18 months: domestic violence. Arizona has the fifth highest rate of domestic violence in the country, according to the World Population Review, and throughout the pandemic, domestic violence calls and fatalities in metro Phoenix continued to rise.

According to the Arizona Coalition to End Sexual and Domestic Violence, 102 domestic violence fatalities were reported in 2020, and 48 in the first six months of this year. Shelters for victims, which saw unused beds last year, are filling up again around the Phoenix area.

What does this mean for domestic violence as Arizonans attempt to get back to normal? Experts agree the pandemic had scant impact on the high rates of violence, and they don’t expect those rates to fall anytime soon. 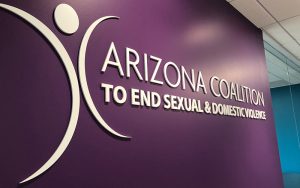 The Arizona Coalition to End Sexual and Domestic Violence prioritizes ending domestic violence in Arizona by dismantling oppression and promoting equity for all, according to its mission statement. (Photo by Caroleina Hassett/Cronkite News)

“I think it’s really important for the community to understand that COVID and the pandemic did not cause domestic violence,” said Myriah Mhoon, CEO of New Life Center. “It became a catalyst of aggravating power-control dynamics that were already existing or that started to exist.”

“It was the first time that we were sitting sometimes weeks if not close to a month of beds not being filled,” Mhoon said.

The World Population Review said 42.6% of women and 33.4% of men in Arizona have suffered physical violence or sexual violence at the hands of an intimate partner, or have been stalked. 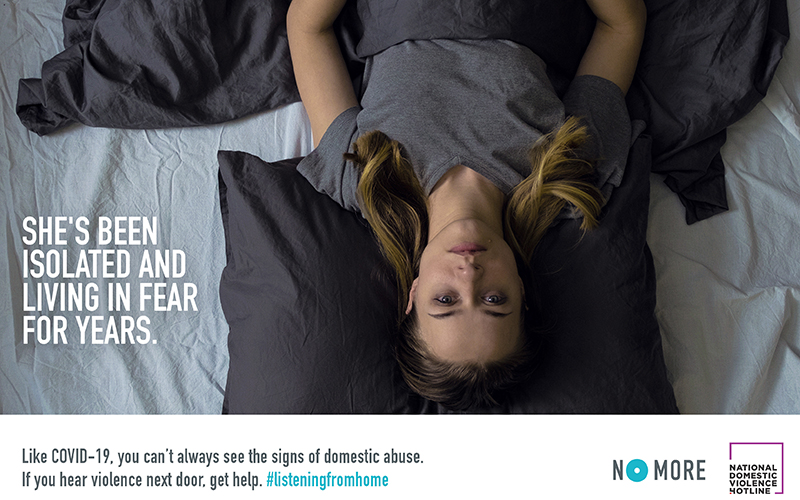 With the economy beginning to open up and abusers returning to work, more survivors have been showing up for help. The shelter returned to capacity earlier this summer, according to AZFamily.

“Folks were contained in a home,” Mhoon said. “Once we opened back up, we went back to work, we went to school, then New Life Center filled back up, so we have been at capacity.”

Panas said access to firearms is one of the main reasons Arizona is ranked so high in domestic violence fatalities. In the United States, 57 women are killed by an intimate partner every month, according to Everytown Research.

The need for services to help domestic violence survivors in Arizona remains urgent.

“I think domestic violence is still the same, but what that looks like is going to be a little bit different as survivors feel more comfortable accessing services for safety and healing,” Panas said.

Many experts agree that encouraging awareness and educating all generations about domestic violence is key to helping victims.

If you or someone you know has been a victim of domestic violence, call the Arizona Coalition to End Sexual and Domestic Violence helpline at 800-782-6400. You also can reach the New Life Center at 623-932-4404 or connect with them on Facebook.