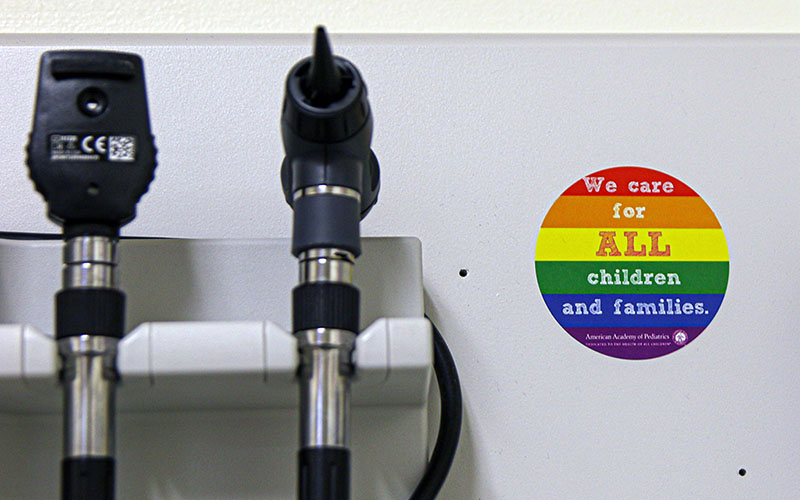 Transgender men and women have a four times higher risk of having a heart attack than people who identify as the gender with which they were born, according to the American Heart Association. (File photo by Annabella Piunti/Cronkite News)

PHOENIX — Kai Reed, a transgender man, survived six cardiac arrests in 48 hours last year. At the time, doctors didn’t know how or why.

“I was taken off of testosterone because, at that time, doctors correlated it to testosterone,” Reed said of his heart issues. “They took me off of it for six months. Menstrual cycle came back.

“Gender dysphoria was incredibly crippling, and my mental health was deteriorating.”

Although gender-affirming hormones have been associated with improvement of mental health and quality of life for transgender people, “there is some evidence, a lot of it conflicting, that suggests gender-affirming hormones may drive increases in blood pressure and total cholesterol, which can increase heart disease risk,” said Dr. Billy A. Caceres, an assistant professor at the School of Nursing and the Program for the Study of LGBT Health at Columbia University.

Reed’s doctors, however, blamed the cardiac arrests on a narrowing of the arteries exacerbated by aspirin use.

“Now, I live with heart disease, two stents that I didn’t need and a pacemaker that was implanted on my 29th birthday,” said Reed, who now is 30. 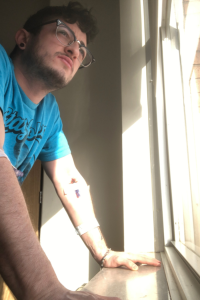 Kai Reed was in and out of the hospital seven times for heart-related health issues in November 2019, when this image was taken. (Photo courtesy of Kai Reed)

Transgender men and women have a four times higher risk of suffering a heart attack than people who identify as the gender with which they were born, according to the American Heart Association.

The American Heart Association warned that transgender people experience elevated levels of heart health risks, due to levels of stress present in this demographic, as well as the issue of not wanting to see a doctor due to stigma and fear of mistreatment. Researchers found that 58% of transgender patients had mental health illnesses, such an anxiety, which contributes to heart conditions.

“Addressing any kind of preventive health care needs requires that people feel comfortable going to the doctor, and I think there’s a very clear history of transgender people having bad experiences with doctors, and rightly so,” said Dr. Carl Streed, assistant professor at the Boston University School of Medicine and advocate for the LGBTQ community.

Peacework Medical Projects, a nonprofit staffed by volunteers who are medical professionals and administrators, serves the Phoenix area’s marginalized and vulnerable communities by providing respectful and compassionate primary health care to those who would otherwise go without. Primary care often is the first and only line of defense for heart health issues. In these settings, patients get early warnings of health problems and can discuss appropriate lifestyle changes, take medicines or otherwise engage with preventative care. 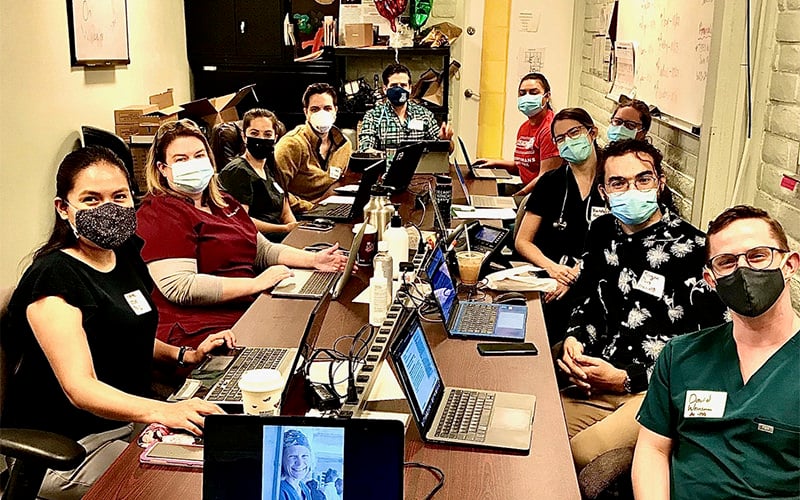 Peacework Medical provides cultural and clinical competency training and workshops to help medical and mental health professionals care for their transgender and gender nonconforming patients. The organization also provides primary and gender transition care to individuals who are ineligible for medical insurance because they lack certain documentation.

The current transgender community is reaching the age of clinical symptoms of atherosclerosis, type 2 diabetes, hypertension and obesity, according to Josef Wolf Burwell, founder and director of Peacework Medical.

“We do provide preventive care and health education with the intent that these pathologies never become diagnosed,” Burwell said. “Historically, transgender and gender expansive individuals have not enjoyed the privilege of preventive health care, affordable nutrition, the leisure for regular exercise and relatively stress free lives. Taken cumulatively, this is a step by step plan for heart disease.”

Stress plays a major role in cardiovascular health. The body’s response to stress is supposed to protect us, but if it’s constant, it can be harmful. The hormone cortisol is released in response to stress, but high levels of cortisol from long-term stress can increase blood cholesterol, triglycerides, blood sugar and blood pressure, which are common risk factors for heart disease, according to the University of Rochester Medical Center.

“This is something that we’ve known for a long time and has been well-studied in racial and ethnic minority groups,” Streed said. “We are now doing research to really characterize this in broadly sexual and gender minorities, including specifically transgender individuals.”

"It’s critical we highlight what we know & what we need to know about heart health among #transgender pop. Addressing #transhearthealth will require a focus on ‘traditional’ risk factors for heart attack & stroke, & a commitment to fight transphobia." https://t.co/YIe4KSfbzL

Transgender people may be more likely to delay health care because of financial concerns, but fear related to possible discrimination or mistreatment from providers also may be driving some of the disparities, according to Dr. Caceres.

Not receiving recommended preventive care in a timely manner can contribute to delayed or underdiagnosis of risk factors associated with heart disease, such as hypertension and diabetes.

This many states have just weighed in to defend banning health care for trans youth. My heart hurts a little. pic.twitter.com/Zve5HoEprl

Experts worry that such laws could lead to trans youth not getting the medical treatment they need, leading them to find it on the black market.

“It takes such courage to transition in our society,” Burwell said. “You risk family, employment, and your own safety. Our job is to show the way with meaningful information and provide professional medical support. The patient does the hard work of lifestyle change.”