A Bashas’ worker gets a dose of COVID-19 vaccine in March, when demand for vaccinations was high. It has tailed off since then, but experts hope that FDA approval of the Pfizer vaccine, which had been distributed under a preliminary approval, will spur more people to get vaccinated. (File photo by Travis Robertson/Cronkite News)

WASHINGTON – Health officials expressed hope Monday that the Food and Drug Administration’s full approval of the Pfizer-BioNTech COVID-19 vaccine will boost vaccinations in Arizona, which lags well behind the national average.

Even though more than 326 million doses of COVID-19 vaccines have been given in the U.S. – with 7.2 million of those in Arizona – they have been delivered under an emergency use authorization from the FDA, a less-rigorous standard than full approval. One study this spring found that as many as one-third of those not vaccinated would be more likely to get a shot once full FDA approval was granted.

“We believe that this will make a big difference for some people, for whom this license was an important last step in the decision-making process,” said Dr. Georges Benjamin, executive director of the American Public Health Association.

“I don’t think there’s any doubts that it will make a difference for a subset of people,” Benjamin said.

In Arizona, just 55.2% of all state residents had received at least one dose of a COVID-19 vaccine as of Monday, according to the Arizona Department of Health Services. That compared to 60.7% of the general U.S. population, according to the Centers for Disease Control and Prevention.

The gap closes slightly for the number of people age 18 and over: 70.3% of Arizonans in that age group have at least one shot, compared to 73% of Americans that age. 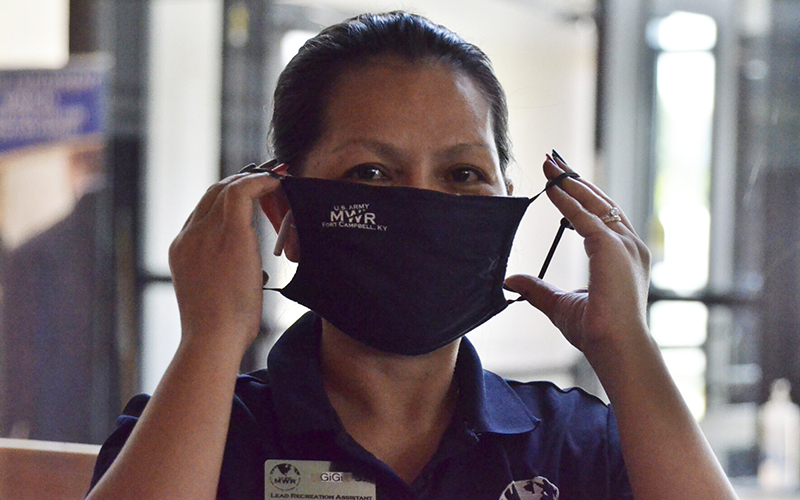 Vaccination rates within the state range from a high of 73.6% in Santa Cruz County to 25.7% in Apache County. Calls to various county health departments around the state were not immediately returned Monday.

Requests for comment from the Arizona Department of Health Services were also not returned Monday. But in a statement Friday, a spokesperson said the agency has been working “nonstop” to convince Arizonans that the vaccines are safe, and that the free and widely available shots are the best protection against the disease.

FDA officials also said they have been working “night and day” to reach full approval of the Pfizer vaccine, which they called “a milestone as we continue to battle the COVID-19 pandemic.”

“While millions of people have already safely received COVID-19 vaccines, we recognize that for some, the FDA approval of a vaccine may now instill additional confidence to get vaccinated,” acting FDA Commissioner Janet Woodcock said in a prepared statement accompanying the announcement.

Will Humble, the executive director of the Arizona Public Health Association, thinks that one benefit of the full approval is that more businesses, and even some private schools, may be more likely to require vaccinations.

“There’s no legal reasons why a company couldn’t require a vaccine, even if it was EUA (emergency use authorization), but there’s a general sense out there that many businesses were waiting for a vaccine to be approved before they require it from their staff,” Humble said. “It makes it easier for them to take that decision.”

In a call with reporters Monday, FDA officials said they continue to push for full approval of the other vaccines that are currently being administered under emergency use authorizations. They could not predict when that approval might come, however.

Pfizer’s vaccine for children between ages 12 and 15 is currently being administered with an emergency authorization and will continue to be. It was not affected by Monday’s announcement, the FDA said.

Benjamin said there is plenty of vaccine available and in reserve if people decide to get vaccinated now that a vaccine has been licensed and fully approved.

“We have absolutely enough of supply of vaccines to make sure that these folks will have access to vaccines, and that they are comfortable taking it,” he said.