PHOENIX – As schools begin to open for the fall semester, the state’s top education official is frustrated by Gov. Doug Ducey’s refusal to impose a mask mandate – defying new guidance from the CDC to wear masks indoors and in public, even if vaccinated.

“This did cause more of a disruption,” Kathy Hoffman, Arizona superintendent for public instruction, told Arizona PBS on Wednesday, “and I have to ask, why? What is the purpose of questioning these evidence-based practices?”

In a statement Tuesday, Ducey said Arizona’s month-old law banning mask and vaccination mandates, as well as vaccine passports, will remain in place. His statement followed the Centers for Disease Control and Prevention’s updated guidance for Americans living in any county with substantial to high transmission rates. The update was spurred by alarming increases in hospitalization and death rates linked to the fast-spreading delta variant of the coronavirus that causes COVID-19.

The Arizona Department of Health Services reports that although the number of new deaths remains low in Arizona – two were reported Wednesday, adding to the total of more than 18,000 since January 2020 – new cases are on the rise, matching levels Arizona hasn’t seen since February. On Wednesday, 1,361 new cases were reported.

Hoffman said the governor is making a political move rather than supporting the evidence the pandemic has presented. A partisan divide has developed over COVID-19 prevention and treatment, with Ducey and other GOP leaders often pushing back on guidance from federal officials. In a statement Tuesday, Hoffman called on the governor to give the decision-making power back to local leaders.

This would mean that even vaccinated people in all but two of Arizona’s counties would be recommended to continue to wear masks. But Ducey’s position has not wavered, and he said the CDC’s updated guidance will only diminish the public’s opinion of the efficacy of the vaccines.

“​​Here in Arizona, we’ve been consistent from the beginning: Arizonans should get this vaccine. Over 51% of our population has received at least one dose of the vaccine, and over 46% are fully vaccinated,” Ducey’s statement said.

But data on Arizona Department of Health Services’ COVID-19 dashboard has shown a declining rate of vaccinations since April. On March 31, daily vaccinations peaked at 78,318 doses administered in one day. This month, the number of vaccinations didn’t top 15,000 on any day.

Amid the struggles to keep COVID-19 at bay, the state health department’s leadership is changing. In a thread of tweets Wednesday, Ducey announced the department’s director, Dr. Cara Christ, is stepping down and taking a job in the private sector as chief medical officer at Blue Cross Blue Shield of Arizona.

UPDATE: @AZDHS Director Dr. Cara Christ, who has been instrumental in the state’s COVID-19 response, will leave her position on August 27 for another leadership role at @BCBSAZ. 1/ pic.twitter.com/m1BBIX8N28

As more schools begin instruction in the coming weeks, many worry about the spread of the virus without mask and vaccine mandates.

Will Humble, executive director of the Arizona Public Health Association, recommends vaccinations for everyone 12 or older.

“Go out and get your kid vaccinated if they’re not vaccinated yet,” said Humble, who led the state health department before Christ. “Every kid in Arizona that’s 12 years old and up qualifies for the vaccine. If you go out and get vaccinated right now, at least they’ll have one dose on board before school starts in August.”

In an open letter Wednesday to Arizona educators, Hoffman wrote the only way to make sure the school year goes without disruptions is to take mitigating steps.

“All public school staff and students are encouraged to follow recommendations from public health officials and medical experts to ensure safe, in-person learning all year long,” she wrote.

For students younger than 12 and those unable to get vaccinated, masks are a simple way to offer protection, Hoffman wrote.

“Particularly for our youngest learners who have not yet had the opportunity to get vaccinated, wearing a mask is a simple way to continue to protect the students we work with.”

Although Arizona law prohibits public schools from legally requiring vaccinations of students, Humble said, there are community options to encourage families to get the jab.

“Perhaps what you could do at a microlevel is to get a group of parents to come in to the homeroom teacher and urge him or her to strongly encourage mask wearing among students,” he said. “Ultimately, because of the law that Governor Ducey signed and Director Christ supported, the teacher can’t actually require that. But they can make it normalized in the classroom.”

Humble noted there are grounds for legal action to change the law.

“Until somebody challenges this law that Governor Ducey signed and Director Christ supported that restricts school districts from requiring masks in the classroom, it’s really just up to the parents if they’re K-5 to just really talk to their kids honestly and seriously about the importance of wearing a mask in the classroom,” Humble said.

He said the law on COVID-19 protocols did not follow proper legislative procedure because it was attached to a budget bill. The state Constitution requires all bills address a single subject, which isn’t what happened, he said.

“There’s another legal argument that they could use which is there’s a long standing case law that says when schools are in session and they have children on campus, they are acting as the parent during that time,” Humble said. “It’s called loco parentis. What that means is that schools are responsible for those kids’ health and safety when they’re on campus.” 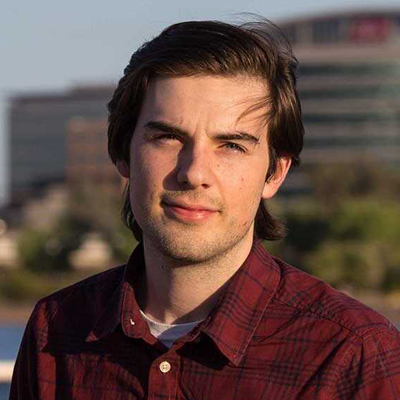 Greg Hahne expects to graduate in May 2021 with a bachelor’s degree in journalism and a minor in English literature. Hahne, who has worked for ASU Blaze Radio and was a news intern at KJZZ radio in Phoenix, is working as a news producer this spring.