Then-Rep. Don Shooter, R-Yuma, drops the mic after defending himself on the floor of the Arizona House in 2018, as fellow lawmakers voted 56-3 to expel him for violating the House’s zero-tolerance policy for workplace harassment. (File photo by Emily Richardson/Cronkite News)

WASHINGTON – A federal appeals court Thursday refused to reinstate former Arizona Rep. Don Shooter’s challenge of his 2018 expulsion from the Legislature for violating its policies against sexual harassment and creating a hostile workplace.

The ruling by a 9th U.S. Circuit Court of Appeals panel upheld a lower court that had dismissed Shooter’s suit, saying he had “utterly failed” to show his rights had been violated in the expulsion.

The House voted 56-3 to remove Shooter after a months-long investigation turned up “credible evidence” that he had made “unwelcome sexualized comments” to a female lawmaker, “grabbed and shook his crotch” in front of a female court staffer and hugged a reporter in a “prolonged … inappropriate manner,” among other claims.

Shooter sued, claiming that his expulsion had been “wrongfully engineered” by political opponents and that the investigation and subsequent vote had violated his due process rights.

But in a ruling for a three-judge panel of the circuit court, Judge Daniel Collins said Shooter “failed to carry his burden to show that the proceedings that led to his expulsion from the Arizona House violated clearly established law.”

Shooter referred a request for comment on the case Thursday to his attorney, who did not immediately respond. 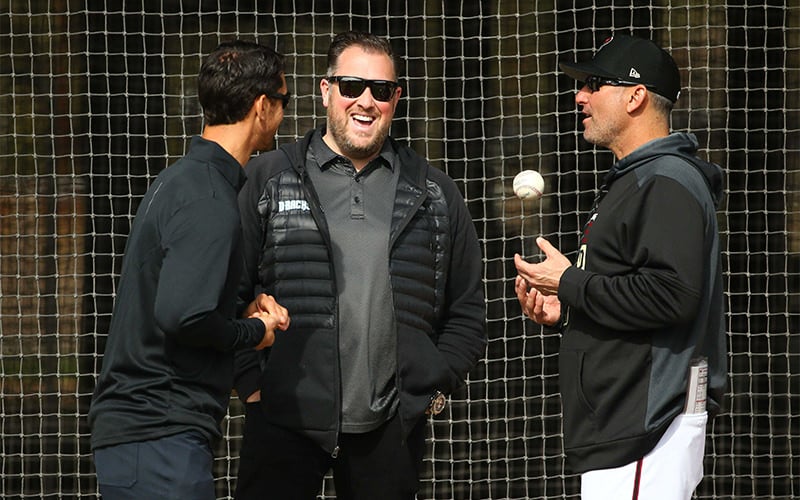 Shooter, a Yuma Republican, served in the Arizona Senate from 2011 to 2017, before being elected to serve in the House of Representatives, where he served for a year before his expulsion.

The push to remove Shooter began in earnest in November 2017, when Rep. Michelle Ugenti-Rita, R-Scottsdale, went public with a report that Shooter had sexually harassed her.

When then-Speaker J.D. Mesnard pressured Shooter to resign, Shooter instead demanded an investigation of the claims against him as well as allegations of “malfeasance and sexual misconduct” by Ugenti-Rita, according to Collins’ ruling.

Mesnard agreed, assigning the investigation to staffers who hired an outside law firm, Sherman and Howard, to investigate both lawmakers.

After a two-month investigation that included interviews with more than 40 people, the firm reported in late January 2018 that it had found “no independent, credible evidence that Ms. Ugenti-Rita violated” the House’s zero-tolerance policy against harassment.

But the report said there was credible evidence that Shooter violated the policy through “repeated pervasive conduct (that) has created a hostile working environment for his colleagues and those with business before the Legislature.”

In its resolution to remove Shooter, the House said he had engaged in a “pattern of conduct” from the time he was first elected to the Legislature that created a hostile work environment. That resolution was overwhelmingly approved on Feb. 1, 2018.

In January 2019, Shooter sued the state, Mesnard and Kirk Adams, a former chief of staff to Gov. Doug Ducey, claiming that “his expulsion was the product of a conspiracy among Mesnard and Adams” in retaliation for Shooter’s work to investigate no-bid state contracts. It was shortly after he told Adams that he planned to subpoena records on those contracts that Shooter said a local television reporter broadcast Ugenti-Rita’s harassment allegations. 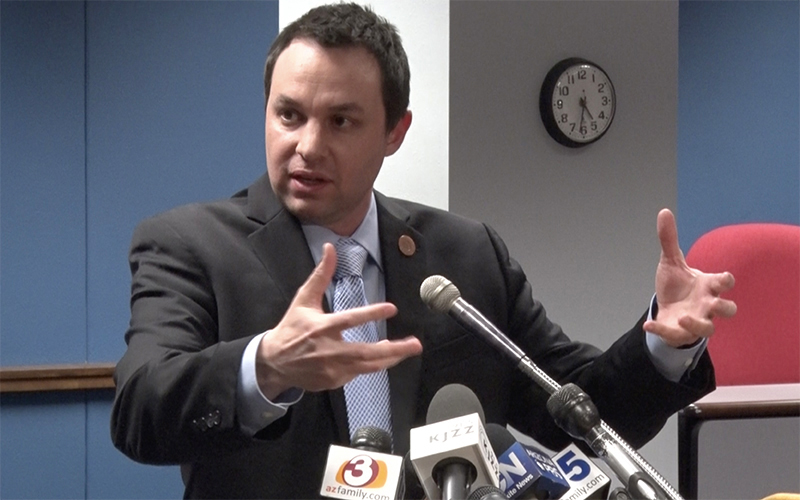 He claimed that Mesnard had promised him five days to respond to the law firm’s report, but that the expulsion vote came just four days after the report was released, and said the probe should have been handled by legislators, not staff and a private law firm.

And his complaint said that he was being accused retroactively of violating a harassment policy that Mesnard only rushed into place in November 2017, after the allegations against him had been made.

But a federal district judge threw out the case, saying the state could not be sued and Mesnard and Adams enjoyed qualified immunity for their actions. That was affirmed by the circuit court, which said Shooter failed to show “a clearly established right to any due process protections beyond those already afforded to him by the Arizona House of Representatives.”

It rejected his claim that he was not given an opportunity to respond to the report, noting that he presented his side at length to the investigators, who found some of the charges against him could not be substantiated.

As for the claim that the zero-tolerance policy was applied retroactively, that would only be a problem if the previous policy “allowed the sort of conduct of which he was accused,” something the court called “simply implausible.”

“Elected and government officials should be held responsible for actions they take and comments they make, particularly when taxpayer money is being used,” said Diane Brown, executive director for Arizona Public Interest Research Group.