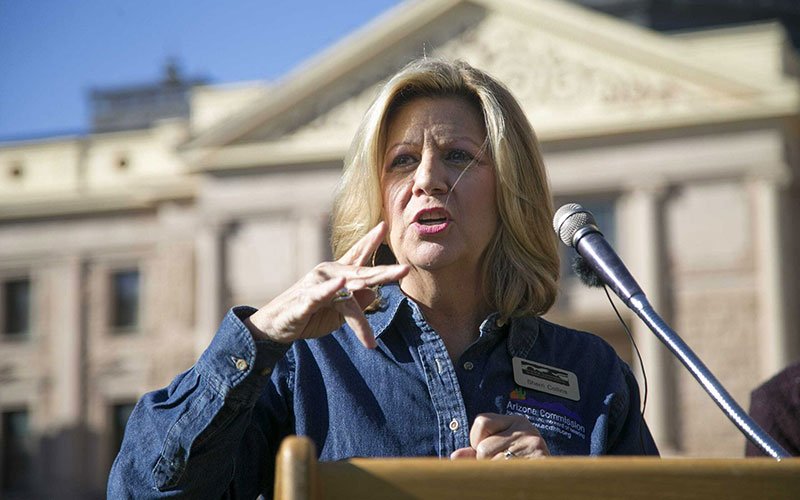 Sherri Collins, executive director of the Arizona Commission for the Deaf and the Hard of Hearing, shares remarks in American Sign Language during a 2019 march. The commission is partnering with Arizona State University’s Speech and Hearing Clinic to provide a year’s worth of hearing care to those who qualify. (Photo courtesy of ACDHH)

PHOENIX – When Michele Michaels became program manager at the Arizona Commission for the Deaf and the Hard of Hearing four years ago, she started keeping track of those who called seeking services but couldn’t afford the care.

Today, her list includes more than 500 names – and is being put to good use.

The commission is partnering with Arizona State University’s Speech and Hearing Clinic to provide a year’s worth of hearing care to those who qualify. Patients must be 21 or older and make less than $17,130 individually or less than $23,169 in a two-person household.

Michaels now is going through her old list and reaching out to see whether those people still need help.

The Hearing Healthcare Assistance Project, as it’s called, is considered a last resort for those who can’t afford private insurance and don’t have government assistance.

Participants usually can schedule a consultation with the clinic within two weeks of approval. After that first appointment, patients who fall within a certain hearing loss range will be fitted for hearing aids and directed to an aural rehabilitation program, covered for a year.

The project launch in May included a donation of 100 Unitron hearing aids from Optium Hearing Care, an Arizona provider that recently closed.

Michaels, who’s hard of hearing, said her genetic condition worsens every year. Her experiences within the deaf and hard of hearing community inspired her to help others.

Across the country, about 15% of adults – more than 30 million people – have some degree of hearing loss, according to federal data. 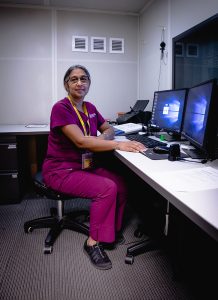 Aparna Rao sits for a portrait at the ASU Speech and Hearing Clinic in Tempe. Rao is part of an effort to provide hearing care to low-income residents. (Photo by Alberto Mariani/Cronkite News)

In Arizona, more than 1 million residents – 17% of the population – have a hearing loss. And Native Americans and Hispanics in the state have the highest rates of a more serious hearing disability, the Centers for Disease Control and Prevention reports.

Medicare does not cover many essential hearing care services, including exams, fittings for hearing aids or hearing aids themselves, which can cost $500 to $6,000 apiece, depending on the technology.

Experts estimate that only 1 in 4 adults who would benefit from a hearing aid has used one.

To make the devices more accessible and affordable, Congress in 2017 directed the Food and Drug Administration to create a category of over-the-counter hearing aids for those with mild to moderate hearing loss.

On July 9, President Joe Biden ordered that proposed rules for over-the-counter sales be issued within 120 days.

The Arizona Commission for the Deaf and the Hard of Hearing and other groups have urged caution about over-the-counter hearing aids, noting the importance of having an evaluation before purchase and expressing concern over the potential for scams.

In addition to the hearing aids provided by Optium, Unitron has provided hearing aids to the
ASU Speech and Hearing Clinic for $200 to $250. Clinic workers seek donations to provide the devices to patients for free.

Aparna Rao, a clinical associate professor at ASU’s College of Health Solutions, is one of the leads at the speech and hearing clinic. She and her co-workers assist patients with hearing aid care and communication strategies using visual cues.

“People (who need) hearing aids just tend to withdraw, become isolated,” Rao said. “So helping them advocate for themselves, get their needs met … is our goal to make the appointment successful.” 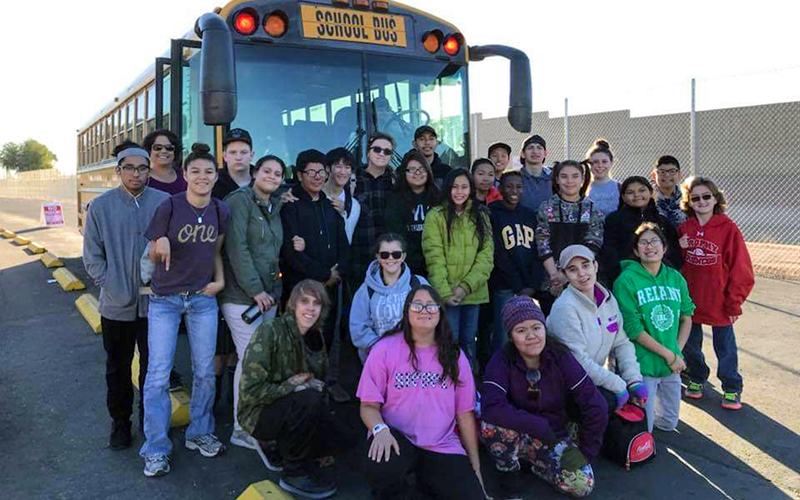 Deaf students at Arizona school will learn virtually, but not without obstacles

Rao said the project would not be available to the wider public until Michaels’ list is combed through. The partnership’s ultimate goal is to make hearing services accessible to anyone in Arizona, regardless of insurance or financial state.

Clyde Smith, 68, a former credit manager who has a genetic condition that makes him hard of hearing, was the project’s first patient. He started having trouble hearing about 18 years ago but tried to mask the problem at first.

“If I was sitting at my desk, someone could come up behind me and say something and I wouldn’t hear them. And then they would tap me on the shoulder,” he recalled. “I would just blow it off and I said, ‘Oh, I’m so sorry. I was deep in thought’ or something.

“You go along with nodding at the right times and you’re trying to figure out the conversation.”

Smith was hesitant to be evaluated for a hearing impairment until he met a man who had hearing aids and seemed unbothered by them.

“He seemed very confident … and didn’t seem too self-conscious about it. I thought to myself, ‘There’s no vanity here. If it’s going to help me, it doesn’t really matter.’”

Before he retired, Smith’s insurance provided Bluetooth hearing aids for $150 each out-of-pocket. He misplaced them during the pandemic when taking off a face covering and has gone without because replacements cost $2,100 each under his post-retirement health plan.

After his final fitting later this month, Smith hopes to learn Spanish – once he can hear the words clearly. 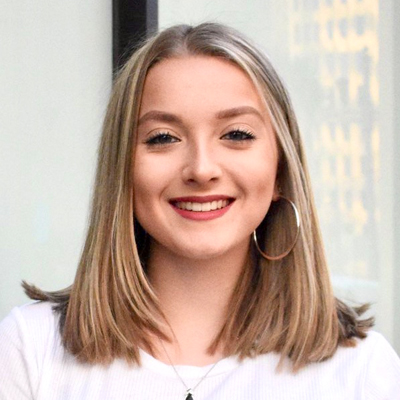 Mikenzie Hammel expects to graduate in May 2023 with a bachelor’s degree in broadcast journalism and a minor in Spanish. Hammel is participating in Cronkite News and works as the community editor for the Downtown Devil.