Sen. Mark Kelly, D-Ariz., won a special election last year to replace the late Sen. John McCain in what became the most expensive campaign in state history. With the seat up again in 2022, and control of the Senate at stake, Kelly is already fundraising heavily for a race that has drawn a number of Republican challengers. (Photo by Gage Skidmore/Creative Commons)

WASHINGTON – Arizona Sen. Mark Kelly has a huge fundraising lead over potential challengers to his 2022 re-election bid, but analysts say that’s still no guarantee in a campaign where both parties are fighting to take control of an evenly divided Senate.

But while one analyst called Kelly “a fundraising machine,” others say he can still expect a tough challenge as Republicans aim to take back the seat they lost in 2020.

“This race is going to be even more important given the 50/50 split in the Senate,” said Mike Noble, chief of research for OH Predictive Insights. “Democrats really want to hold it (Kelly’s seat) and Republicans really want to get it back.”

The FEC reports follow a 2020 race that was the most expensive in state history, as Kelly unseated GOP Sen. Martha McSally to give Arizona two Democratic senators for the first time in decades. It was a special election to fill the seat held by the late Sen. John McCain, whose term only runs through 2022, when Kelly will have to seek re-election. 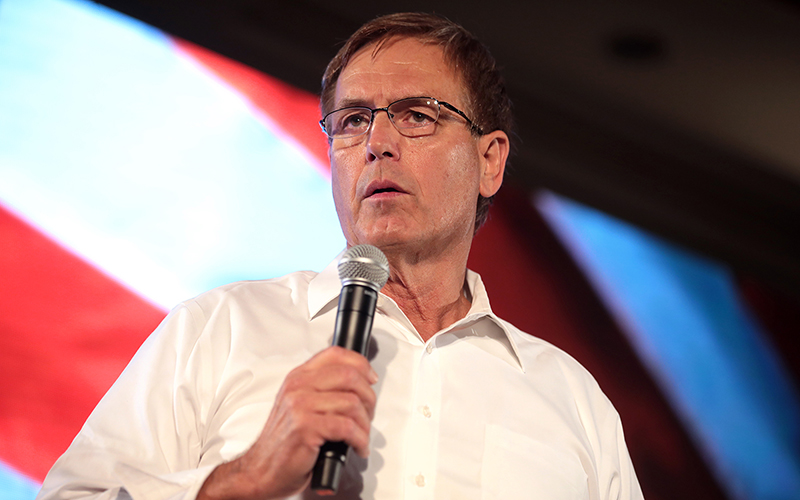 Solar industry executive Jim Lamon loaned his campaign $2 million, making him the best-funded of the Republicans, so far, who hope to challenge Sen. Mark Kelly, D-Ariz., in 2022. (Photo by Gage Skidmore/Creative Commons)

Kelly got off to a good start for this race, raising $4.4 million in the first quarter of the year and adding another $6 million in the second quarter. His campaign said in a prepared statement that more than a third of “the roughly 117,000 individuals who have contributed to the campaign in 2021 so far had never contributed to the campaign before, showing the continued growth of grassroots support for Senator Kelly.”

But he faces a broad and relatively well-funded field of potential Republican challengers, and the ultimate GOP nominee is likely to reap significant funding from national sources for the general election next year.

The challenger with the biggest bank account so far is solar power company executive Jim Lamon, who reported raising $2.2 million and having $1.2 million still in the bank on June 30. A prepared statement from Lamon said he was “proud to be supported by Arizonans from all walks of life – from pilots to business owners, truck drivers to homemakers.”

But much of Lamon’s support has come from his own pocket, with $2 million of fundraising coming in the form of a personal loan to his campaign.

The fact that Lamon is willing to spend his own money on the campaign is good, said Jacob Rubashkin, an analyst with Inside Elections. But the question that remains is, “How much can he self-fund, and can he turn on the fundraising jets?” Rubashkin asked.

“When you’re talking about a guy like Mark Kelly, there’s very few people” who can bring in money to the extent he has, Rubashkin said. Kelly raised $101 million for the 2020 race, to McSally’s $72 million. 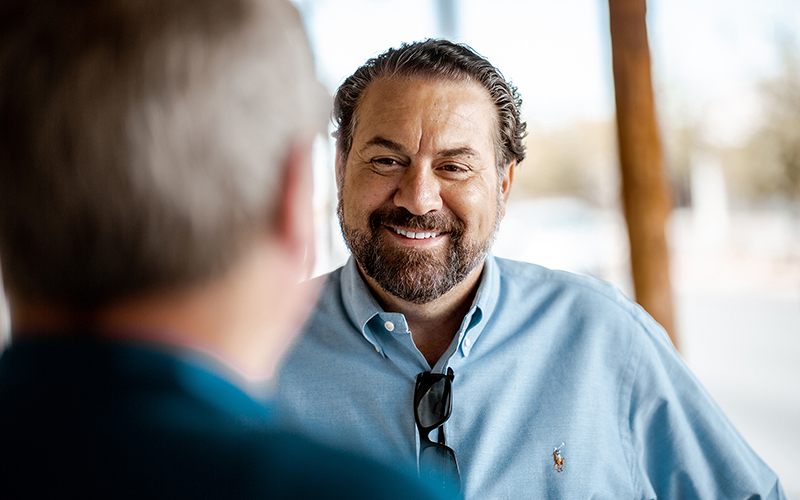 Arizona Attorney General Mark Brnovich is the only one of five Republican hopefuls in the 2022 U.S. Senate race who has run a successful statewide campaign in Arizona. (Photo courtesy Brnovich for Senate campaign)

Of the four other Republicans who have filed for the race, two reported sizable contributions for the second quarter. Michael McGuire, until this year the adjutant general of the Arizona National Guard, reported raising $426,492 and having $401,433 in the bank, while Arizona Attorney General Mark Brnovich raised $437,658 and had $397,781 on hand.

McGuire’s campaign did not immediately respond to a request for comment. But Brnovich campaign spokesperson Joanna Duka said that “while we expect Democratic Party darling Mark Kelly to outspend us,” she bragged about the amount the campaign had raised in one quarter and said the campaign is confident it can raise what it needs to get his message out.

Brnovich also comes to the race with relatively high name recognition, having run statewide and having his name attached to a court case – Brnovich v. the Democratic National Committee – in which the Supreme Court this month upheld Arizona’s voting laws.

“Brnovich has never raised a ton of money,” said Jason Rose, a Republican political consultant. But he has run two successful statewide campaigns, said Rose, who echoed the campaign’s comment that he was able to bring in almost a half-million dollars in just a few months since announcing his campaign.

Rubashkin agreed that Brnovich “brings a fair amount of credibility to the race” as the only challenger who has run and won statewide before.

Republican Senate candidate Michael T. McGuire, shown in a 2019 photo, when he was still serving as adjutant general of the Arizona National Guard. (File photo by Miranda Faulkner/Cronkite News)

Experts said other factors will likely come into play, including the possible entry of other candidates and how voters feel about President Joe Biden at the midpoint of his administration.

“Arizona is a fundamentally purple state,” said Miles Coleman, associate editor of Sabato’s Crystal Ball at the University of Virginia’s Center for Politics. “But if things get worse for Biden, it could look more like a fundamentally pink state, which would help Brnovich or whoever the Republican nominee is.”

But the five current GOP challengers are “going to have to beat the snot out of each other” by spending on primary, said Noble, while Kelly, with no expected Democratic challenger, will not have that expense.

Experts said it is no surprise that Kelly does not have Democratic challengers, since he is both a prodigious fundraiser and has been “a fairly party-line Democrat” since going to Washington, in the words of one expert.

But with 14 Democratic and 20 Republican seats open in the Senate next year, Arizona is likely to again be a battleground for control of the Senate.

“The race is still taking shape, but I’m sure Arizona is one race that could determine control of the Senate,” Coleman said.