PHOENIX – For the first time since 2003, the Federal Drug Administration has approved a new treatment for Alzheimer’s disease, a progressive brain disorder that affects roughly 6 million people in the United States and is projected to affect more than 13 million by 2050.

Last year, there were at least 42,000 more deaths from Alzheimer’s disease and other dementias in the U.S. – a 16% increase over the average of the preceding five years, according to an analysis of federal data by the Alzheimer’s Association.

The new drug, Aduhelm, is given intravenously once a month. It wasn’t designed to be a cure, but rather aims to reduce brain damage and preserve cognitive function.

“It is an antibody that attacks amyloid, which is a pathological protein that tends to build up and form amyloid plaques in the brains of individuals who suffer from Alzheimer’s disease,” Dr. Anna Burke of Barrow Neurological Institute told ABC15.

When abnormal levels of amyloid plaque clump together, they collect between neurons and disrupt function, often leading to brain cell death, according to the National Institute on Aging.

Although the FDA approved the drug, there are concerns among health officials across the country about its cost, safety and effectiveness.

“The data from the studies that lead to FDA approval were a bit conflicting, one study showed no benefit, one study showed some benefit,” Dr. Todd Levine, medical director of neurology at HonorHealth, told ABC15. 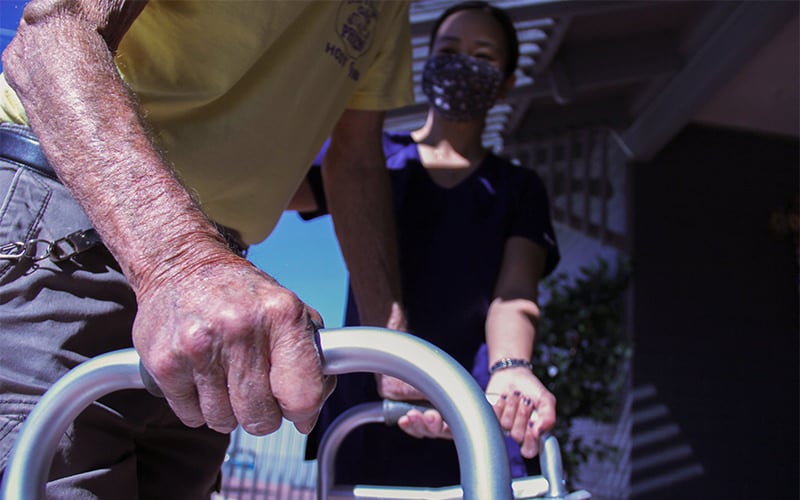 According to reporting from Johns Hopkins University’s The Hub, three scientists on the FDA’s advisory committee resigned in protest over the decision to approve Aduhelm, one calling it “probably the worst drug approval decision in recent U.S. history.”

However, in an interview with Arizona PBS, Kinsey McManus, programs director for the Alzheimer’s Association’s Desert Southwest Chapter, encouraged people to “be really open about the reality that this is something for early in the disease course that we know of now.”

“Now they may do research later, you know, for people in the later stages of Alzheimer’s,” McManus said. “But right now for what we know, it’s something for early in the disease course.”

“First off, it’s just unacceptable,” she said. “I don’t know that there’s anyone in the field that thinks that’s a reasonable expectation.

“It is so critical that we get the price down to something that is reasonable for the broad community. All communities need access to be able to take this medication if they’re indicated that they would benefit from it.”