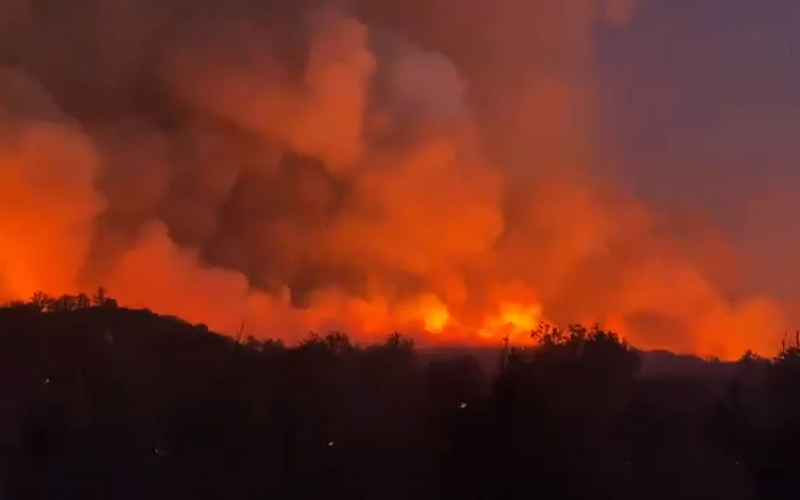 The Telegraph Fire burns overnight Monday near Superior, adding 11,000 acres by Tuesday morning. It’s one of several fires in the state that fire officials expect to be battling for some time because of weather and drought conditions. (Photo courtesy Don Weaver/Arizona Department of Forestry and Fire Management)

WASHINGTON – A half-dozen wildfires were burning close to 140,000 acres across Arizona on Tuesday and growing, as heat, wind and drought conditions complicated firefighting efforts, officials said.

The largest of the blazes, the Telegraph Fire near Superior, grew by 11,000 acres between Monday and Tuesday morning to more than 71,000 acres, and led to additional evacuation orders in the region. More than 1,400 firefighters were fighting it and the 66,000-acre Mescal Fire near San Carlos by Tuesday afternoon.

Weather officials said little relief is in sight, with forecasts of heat, continued drought and winds likely to bring “erratic” fire behavior that threatens firefighters’ health and makes it more difficult to bring the situations under control.

“The heat dries out the surrounding trees, brush and grass, making areas more susceptible to burn and catching on fire,” said Aaron Hardin, a meteorologist with the National Weather Service in Tucson. “And the hotter it gets the more susceptible firefighters are to heat-related illness.”

He said the forecast calls for nearly a 10-degree increase in temperature around Globe and Tucson through this weekend.

The Telegraph and Mescal fires are the largest of six that have been burning across the state in recent days. Three of them – the Boggy Creek and McDonald Tank fires in Apache County and the Sycamore Canyon Fire in Pima County – are at least 50% contained.

The Slate Fire near Flagstaff, which was at zero containment, had burned 1,400 acres by Tuesday, when 130 firefighters were battling it. It also led to the temporary closure of U.S. 180.

Tiffany Davila, public affairs officer with the Arizona Department of Forestry and Fire Management, said the state saw an uptick in wildfire activity in May and that activity is likely to continue through July, until “the heart of monsoon season.”

In the meantime, Davila said, it’s important for people to “be proactive and create defensible space around their property.” That includes removing dead vegetation from their yards, rooftops and gutters, as well as any flammable material outside the house such as firewood and patio furniture, to create a buffer between people’s homes and potential wildfires.

Davila also encouraged residents in fire-prone areas to be prepared with evacuation plans and their belongings.

“People need to be prepared ahead of time so they safely evacuate,” Davila said.

The Gila County Division of Health and Emergency Management said it had opened four shelters for people displaced by the Mescal and Telegraph fires. In addition to shelters at the county fairgrounds and High Desert Middle School in Globe, Skyline High School in Mesa and the Apache Gold Casino in San Carlos, there is also a large-animal shelter at the Birch Stockyard in Globe.

Evacuations were already in place for Pinal and Gila county residents near Top-Of-The-World, Oak Flat Campground and Miami when the growth of the Telegraph Fire overnight Monday prompted evacuations in Kellner Canyon and Ice House Canyon in Globe, said Dean McAllister, public information officer for the Telegraph Fire. 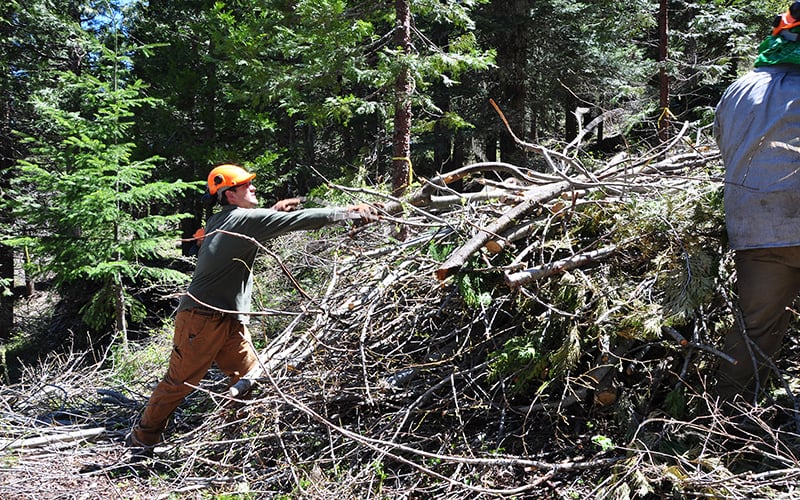 U.S. 60, 180 and 70 and State Routes 77 and 177 remained closed by the Telegraph and Mescal fires Tuesday, according to an Arizona Department of Transportation tweet.

The Mescal Fire was 23% contained by Tuesday, and crews were able to keep it from crossing U.S. 70, said David Shell, public information officer with Southwest Area Incident Management Team 5. More than 650 firefighters were battling the Mescal Fire, according to the Incident Information System.

Heat and wind would cause the Mescal Fire to burn more aggressively, Shell said, which remains a concern as the weekend approaches, as it would keep firefighters from attacking the interior hot spots that they began treating Tuesday.

McAllister said the number of firefighters battling that Telegraph Fire doubled overnight Monday, with more than 750 firefighters at the scene by Tuesday afternoon. He said the southwest corner of the fire is burning toward the site of the 2017 Pinal Canyon Fire, which he hopes will slow the spread of the fire and allow firefighters to “get a handle on it.”

McAllister said officials’ main concerns now are protecting highways and other infrastructure as the blaze moves east, and protecting firefighters who are battling oppressive weather as well as the blaze.

“We’re emphasizing hydration and for folks to cycle out and rest when they can, but it’s sort of the nature of the work when you work in the Southwest,” McAllister said.