WASHINGTON – Education officials rebuffed Gov. Doug Ducey’s decision this week to lift the mask mandate for state schools, with many districts planning to ignore what they called an “irresponsible” decision in a state where COVID-19 cases continue to rise.

“As soon as the governor released it, right away our locals went and met with superintendents, met with governing boards … almost within a couple of hours, it was, ‘Of course we’re going to keep the mask mandate,'” said Marisol Garcia, vice president of the Arizona Education Association.

Arizona Schools Superintendent Kathy Hoffman was more critical, calling Ducey’s move another in “a long line of decisions that have resulted in Arizona’s embarrassing response to a virus that has claimed over 17,000 lives and impacted thousands more.”

“While vaccines hold the promise of a return to normalcy, letting up on other mitigation strategies now just increases risk of transmission at a time when we should be doing everything possible to keep students and their families safe,” Hoffman said in a statement, noting that children younger than 16 are still ineligible for COVID-19 vaccines. 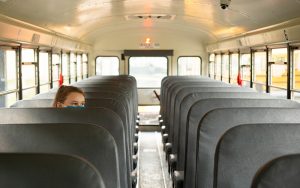 Schools in Arizona have required masks for students and staff since last year under a state mandate that was lifted this week. But it’s unclear how many school districts will take advantage of the opportunity to ditch masks at a time when kids still get vaccinated against COVID-19. (Photo by Allison Shelley/ Alliance for Excellent Education/Creative Commons)

The executive order, released Monday, reverses a July order that had required masks for staff and any student older than age 5 while at school, on the bus or at a school-related activity. In a statement with the order, Ducey said that COVID-19 “transmission is low among youth, and Arizona was among the first states to prioritize vaccinating teachers.”

But the order leaves the decision on masks to school districts, which means the governor’s action “may not have as big of an impact” as initially thought, said Will Humble, executive director of the Arizona Public Health Association.

Humble called the decision “puzzling,” noting that it comes as counties in the state are still seeing moderate to substantial spread of the virus.

“We’re in a slow increase of cases. Hospitalizations have dropped and deaths, so that’s a good thing, but cases are continuing to go up,” Humble said. “Unless his decision was framed through the lens of pure hospital capacity, then I can’t say that there was any evidence to make the decision when the decision was made.”

A spokesman for the governor defended the order Tuesday, saying the “health and safety of Arizona kids and teachers remains a priority.”

“This executive order and emergency measure ensures schools are able to make their own decisions around mask requirements, depending on the needs of their community, in alignment with CDC (Centers for Disease Control and Prevention) guidance,” said C.J. Karamargin, the spokesman.

“While vaccines hold the promise of a return to normalcy, letting up on other mitigation strategies now just increases risk of transmission at a time when we should be doing everything possible to keep students and their families safe,” Hoffman’s statement said.

“It was just irresponsible for the governor to say that we don’t need to enforce mask mandates at school during this time,” Philpot said. “It really does send a confusing message to our students about what safety measures we should have in place to keep them safe and healthy in our schools.”

Humble also questioned the timing of the decision, saying it makes no sense for schools to suddenly abandon mask policies, especially with summer break around the corner.

Hoffman said the move “destabilizes school communities as they end what has arguably been the most challenging year for education.” She urged school boards and administrators to work with their communities “to make transparent, evidence-based decisions that build trust in the safety of our schools.”

Most school districts appear to be doing just that. Garcia said educators are so far “really happy” with the response of individual schools that have decided to retain a mask requirement for now.

Garcia said she was frustrated by an apparent lack of communication between school employees and the governor’s office before the decision was made.

“More than anything, I think we’re disappointed that the governor refuses to even meet with educators in the classroom, or driving a bus, or working in the cafeteria before he makes any of these unilateral decisions,” Garcia said.

Despite Ducey’s decision, Garcia was confident that keeping local mandates is “the right thing to do.”

“It is a layered approach of keeping everyone safe in a building,” she said. “I guess it just lends to yourself the question of why the governor chose to do that yesterday without speaking to educators who are actually doing the work.” 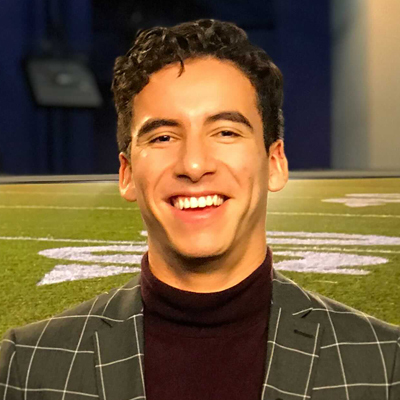