Guns are ingrained in the Arizona psyche, from the legendary Shootout at the OK Corral that morphed into tourist-dependent Tombstone to the CNN broadcast of Donald Trump supporters casually carrying long guns during a protest in downtown Phoenix.

Arizona has some of the least restrictive gun laws in the nation, built on a pioneer, conservative ethos of Second Amendment rights. That has meant most Arizona adults can openly carry weapons into many public and private spaces.

Arizona also is the hub of a national gun-reform group, the Giffords Law Center to Prevent Gun Violence, named after U.S. Rep. Gabby Giffords, who was gravely injured in a mass shooting outside a Tucson grocery store in 2011.

At least five gun bills introduced in the Legislature show the tension between the poles of conservative and progressive viewpoints. The Legislature, which was dominated for decades by Republicans, historically has considered limits on firearms as an infringement of Arizonans’ rights. This year, however, against a backdrop of increasing firearms violence nationwide, the GOP holds only slim margins in both chambers.

“We have a long, long way to go in terms of fully realizing the freedom to have the right to keep and bear arms,” said Charles Heller, a co-founder of the Arizona Citizens Defense League, dedicated to protecting Second Amendment rights.

Adam Winkler, a professor at the UCLA School of Law and a specialist in American constitutional law, says gun reform laws implemented at the state level only lead to inconsistencies.

“If you really want to affect gun regulation, national regulation is most likely to be effective,” he said. “It would be more effective rather than having state-by-state regulations undermined because every state has a different set of rules.”

Arizona state lawmakers this year have introduced at least five firearms bills, including a measure from Republicans that would declare a business that sells guns, ammunition and related products as essential in an emergency, and several by Democrats on gun safety protocols and tighter background checks.

The Democrats’ bills have languished, while the GOP bill declaring essential operations has passed the Senate.

Here’s a look at each proposal.

What it would do
The COVID-19 pandemic may have fueled SB 1382, Heller and Winkler agreed.

“I think that this bill is largely a symbolic response to the COVID restrictions that were adopted,” Winkler said.

In the first days of the pandemic, Gov. Doug Ducey declared certain businesses as essential, such as hospitals and medical clinics, grocery stores and firearms suppliers. SB 1382 would add gun stores to the list, providing they legally could continue normal business operations.

The amendment would not prevent the governor or other government officials from ordering the relocation of ammunition supplies out of potentially dangerous areas.

Supporters say
“In any kind of emergency where the threat to public safety is greater,” said Heller of the defense league, “people may have a greater need for a firearm to protect themselves, or some ammunition or some other thing that you would find in a place in a business like that.”

Jacob Hupp, associate director of state services at the Sportsmen’s Alliance, echoed Heller.
“Law-abiding citizens have a guaranteed right to protect themselves and their family, and now in Arizona, thanks to Sen. Wendy Rogers’ legislation, those citizens can be sure they will have the ability to do so when it matters most,” he said on its website.

Opponents say
“What’s bizarre is the idea that you’re going to adopt a law that prevents future restrictions from being adopted, without knowing what the future circumstances are,” Winkler said.

Sen. Martin Quezada, D- Glendale, said the Legislature should focus its attention on other pandemic-related concerns, such as unemployment and housing help, according to the Associated Press.

Status:The Senate approved the bill March 3 on a 16-14 party-line vote, sending it to the House for consideration.

What it would do
House Bill 2827 would prevent discrimination against a firearms business by government or financial institutions. Such businesses would be allowed to sue.

The bill would apply to a business “that supports or is engaged in the lawful commerce of firearms, firearm accessories or ammunition products.” However, financial institutions still can decline to provide services “whether due to a business reason or directed by a regulator.”

Supporters say
Heller said gun companies are legally in business and, as such, are entitled to have the same privileges as other businesses that work with banks.

“What we’re trying to do is to prevent Jim Crow laws from happening to people in firearms businesses, just because they happen to deal firearms,” Heller said.

Dan Reid, regional director of the National Rifle Association, has said the bill prevents bias against the weapons industry.

“If companies aren’t able to secure lines of credit, if they’re having problems processing payments, that, in turn, could impact consumers on the back end,” he told Capitol Media Services.

Opponents say
The bill addresses a problem that doesn’t exist.

Rep. Diego Rodriguez, D-Phoenix, stated that making the decision is in the hands of the financial institution, rather than of the firearm company, according to Capitol Media.

“What would be the discriminatory portion of a bank or financial institution to say, ‘We just don’t want to loan you money’?” he asked.

Status: The House Judiciary and Rules committees approved the bill in February and is currently awaiting a third read in the house.

What it would do
Three Democratic lawmakers have proposed HB 2449 to restrict private party sales and allow the sale or distribution of firearms only through licensed dealers. The bill would tighten control on the sale and distribution of firearms, ensuring that anyone who’s selling or transferring a firearm is, in fact, a licensed firearms dealer.

If neither person in the sale or transfer is a registered dealer, the transaction would then take place through another dealer that is registered.

Supporters say
Friese, who was the trauma surgeon who treated Giffords, Hernandez, who was a congressional intern who helped Gifford during the shooting, and Longdon, who was paralyzed in a random drive-by shooting 15 years ago, have long been proponents of gun law reform.

Longdon voiced her frustrations with gun violence in a 2019 interview with The Arizona Republic.

“We weren’t in a bad neighborhood or buying drugs. We were simply two of the roughly 262 people who were shot in the U.S. on any given day, and that daily average has only grown over the years.”

Opponents say
No stated opposition to the specific measure, but attempts to regulate private gun sales have been stymied under complicated federal and state laws that, some experts say, make it difficult to distinguish between licensed dealers and private sellers. The proposed measure could slow the thousands of firearms that are sold online or at gun shows in Arizona and other states.

Status:The bill has not gained traction in the Legislature after a second read in the House on February 2.

What it would do:
Gun safety for children is the focus of HB 2450, which would require pediatric medical workers to provide parents or guardians with gun-safety measures in the home.

“A physician, physician assistant or nurse practitioner meets the notification requirements … by providing the information verbally or in writing,” or by way of a pamphlet created by the Arizona Department of Health Services, the bill says.

The pamphlet would address proper gun storage and ways to reduce the risk of a child finding a loaded gun. It would be handed to parents during visits to pediatricians.

Supporters say
Friese launched a bid for Congress in March with gun safety as on his mind.

“You have to be accountable if a child gets hold of a weapon and harms themselves or someone else,” he told Medpage Today.

The 2020 Arizona Child Fatality Review says that the 36 firearms deaths of children younger than 17 in 2019 were preventable. The annual report says parents owned the guns in 28% of those cases, and in 56% of such deaths, the “firearm was not stored or was in an unlocked cabinet.”

“Research has shown that keeping a gun locked and unloaded, storing ammunition in a separate location, and locking the ammunition are each associated with a protective effect in reducing firearm-related injuries to children and teenagers in homes where guns are stored,” according to DHS.

Opponents
There is no stated formal opposition to the bill. The NRA and businesses that sell firearms often provide safety information on their websites or through classes.

Status:The bill appears to have stalled. The latest action was in late January, when it went before several House committees that took no action.

What it would do
The Arizona Department of Public Safety, under HB 2453, would be required to maintain a secure website portal that would allow a federally licensed firearms dealer to check concealed-carry permits of potential customers. 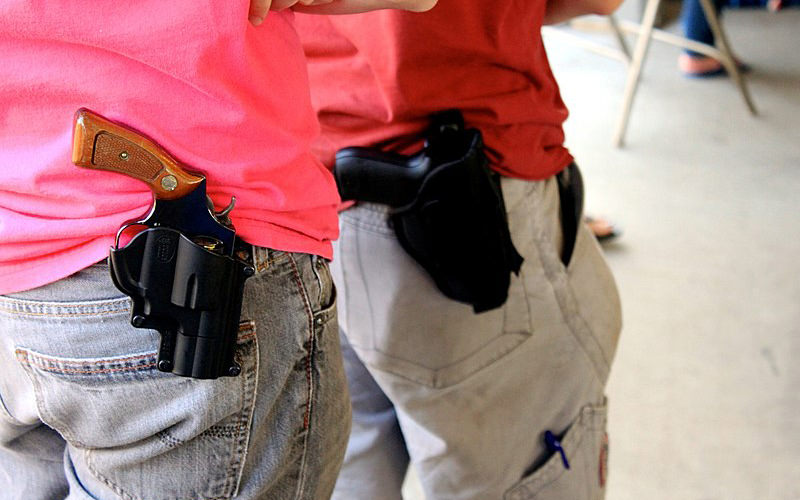 What to know about open carry gun laws in Arizona

Invalid permits would allow the dealer to conduct background checks before selling or providing a weapon to the buyer.

The bill also blocks the Department of Public Safety from retaining or collecting data on the number of concealed carry permit checks made by federally licensed dealers.

Stringent background checks have rarely made their way into law in Arizona, which Friese understands.

“We need to be reasonable about how we get there – I don’t know if we can go straight to a comprehensive background check system,” he told Medpage Today.

“There needs to be a better job done of making sure that actual prohibited possessors under federal law, which was passed several years ago, are in the NICS (National Instant Criminal Background Check System) system,” he said in an interview with AZ Family. “That would make sure that they are not able to legally possess a firearm.”

Status:The bill has been stalled in the House since February. 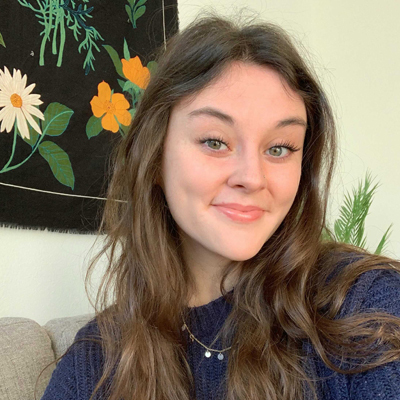 Adrienne Dunn expects to graduate in May 2021 with a bachelor’s degree in journalism. Dunn, who is the executive editor of the State Press, worked the past year as a fact checker for The Arizona Republic and USA Today.