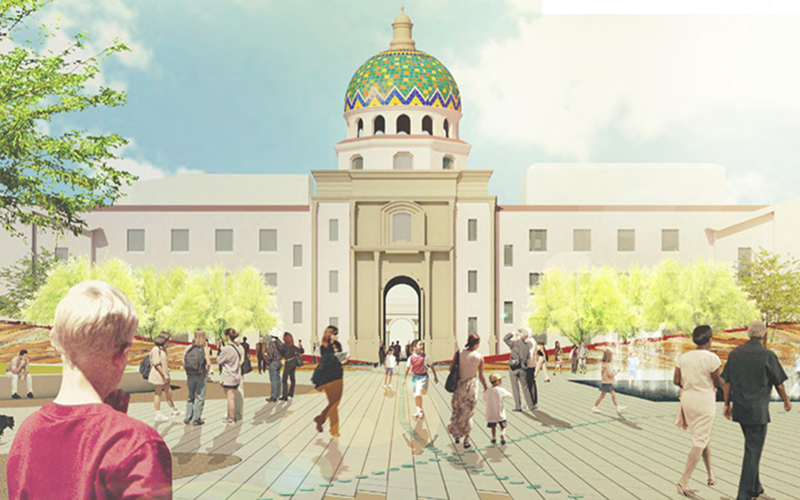 A look at the Pima County Courthouse from the January 8 Memorial plaza. (Rendering by Chee Salette Architecture Office) 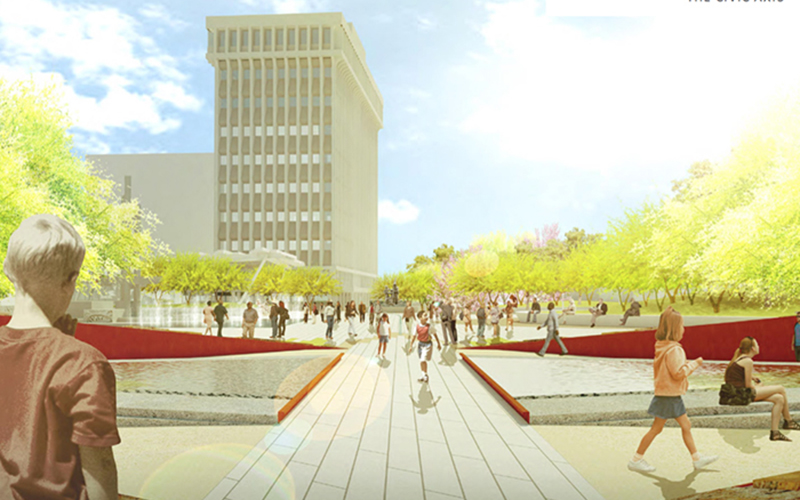 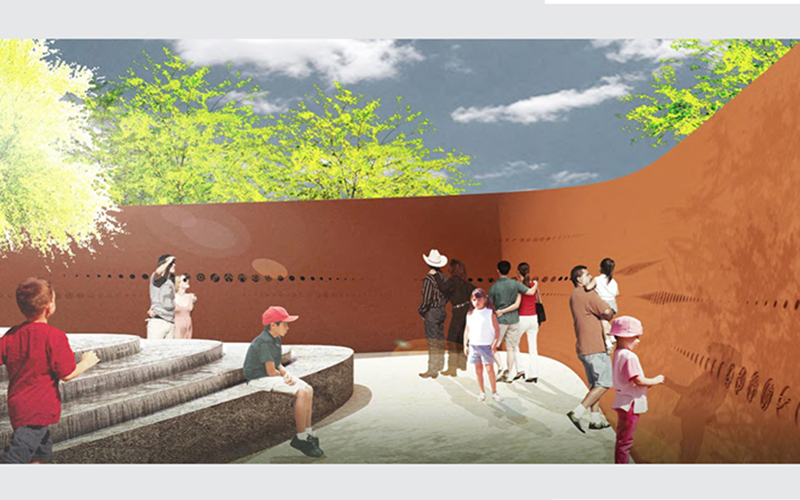 “I remember Jan. 8, 2011, absolutely as clearly as if it were yesterday. It was very cold and the sky was absolutely blue. I heard a popping sound and found myself face down on the pavement. In that brief amount of time, a bullet had passed completely through Gabby’s brain and Gabe lay just inches from where I lay, but he was lifeless.”
– Pam Simon, Tucson shooting survivor

PHOENIX – Several Arizona legislators support a bill to create a memorial honoring survivors and victims of a day of horror in Tucson, when a man started shooting during a congressional meet-and-greet in a grocery-store parking lot.

U.S. Rep. Gabby Giffords, D-Tucson, and 12 others were injured and six people died. Giffords, who was shot in the head, resigned from Congress and became an activist for gun control.

Members of the Arizona House moved forward this week with HB 2436, a bill that would match state money with private donations to help fund a memorial in Tucson.

“It has incredible historical significance. It really is a testament to the way that Arizona came together in a time of tragedy,” Crystal Kasnoff, executive director for Tucson’s January 8th Memorial Foundation, said. Kasnoff called the shooting “an attack on democracy.” People at the rally tackled the gunman, who was convicted and sentenced to seven life sentences.

Giffords was the first member of Congress to survive an assassination attempt while meeting with constituents. Gabe Zimmerman was the first congressional staffer to be killed in the line of duty. U.S. District Court Chief Judge John Roll and 9-year-old Christina Taylor-Green, born Sept. 11, 2001, were among those killed.

Those who spoke at a Wednesday news conference to advocate for the memorial didn’t focus on the tragedies that were faced that day. They turned to remembrance: Remembering the lives lost, remembering the survivors and responders and remembering the support Tucson received after the tragic shooting.

“This is about remembering that tragedy, remembering those who we lost, remembering the sacrifice of Congresswoman Giffords and then creating something beautiful out of it,” said Democratic Rep. Randall Friese, District 9. 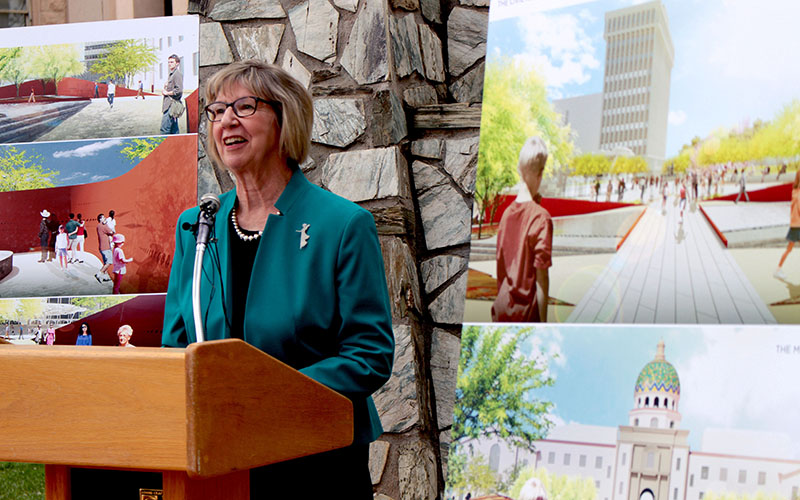 Pam Simon, a survivor of the 2011 shooting in Tucson, speaks on Wednesday, Feb. 22, 2017, in Phoenix about the events on the day of the shooting. (Photo by Devon Cordell/Cronkite News)

“It raises the question of what, beyond prayers and expressions of concern, is required of us going forward? How can we honor the fallen? How can we be true to their memory?” asked President Barack Obama when he visited the city days after the shooting.

Simon recalled looking out from a balcony at University Medical Center, where she was recovering from the shooting, to see the “living beautiful memorial that was created spontaneously with candles and signs and flowers” on the hospital lawn.

If the bill is passed, the memorial would be built in El Presidio Park in the “heart” of downtown Tucson, Kasnoff said.

“The memorial itself is to honor the victims, the survivors and first responders but additionally is to really create an experience for people of how the community came together,” Kasnoff said.

Rep. Todd Clodfelter, R-District 10, the lead sponsor, said the legislation would provide enough money to create a memorial of national significance. The bill passed through the Appropriations Committee on Wednesday and the Rules Committee Thursday. The next step is to be heard on the floor of the House of Representatives.

“I believe the state of Arizona ought to contribute to that effort to realize that memorial,” Clodfelter said.

The memorial would cost an estimated $5 million and also would need to be maintained. The request for state funding is $2.5 million over five years, to be matched by private funds, according to government documents.

“I wanted to help. Not only did I agree to give my own money, I said I would be the honorary chair,” said Jim Click, a contributor and co-sponsor of the fundraising campaign. “This is just not about the tragedy, it’s the way our city came together. We made something very positive out of something that was a terrible negative.”