PHOENIX – NASA has chosen the University of Arizona to lead a space telescope mission meant to better understand how galaxies and stars form. The space agency awarded $20 million to the Aspera mission, which will allow the UArizona researchers to develop a telescope about the size of a minifridge for the expected launch in 2024.

Aspera’s principal investigator will be Carlos Vargas, a postdoctoral research associate at the university’s Steward Observatory and one of the youngest people to hold the title on a NASA mission.

“I always wanted to be in space, working in space. At the very least study space,” said Vargas, 30. “So this kind of was a perfect niche for me to fall into with astronomy.

“Hearing the good news (about Aspera) was one of the craziest days of my life.”

Aspera is one of NASA’s four Astrophysics Pioneers missions, which is a new endeavor to conduct astrophysics science at a small scale and for less cost. 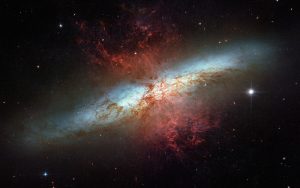 The “Cigar Galaxy” – or M82 – contains areas of gas that fuel the formation of new stars. In 2024, a small telescope designed by the University of Arizona will be launched to study these gases and help astronomers better understand galaxies. (Photo courtesy of NASA)

The ultraviolet-detecting telescope will allow researchers to observe galaxy processes they can’t see now. By mapping the hot gases that surround nearby galaxies, researchers can determine how galaxies evolve and interact over time, and how they fuel star formation. Mapping the gas allows astronomers to understand exactly how and why stars form in the later stage of a galaxy’s lifetime.

“As telescopes have become more sensitive and have allowed us to discover more exotic types of gases, we now realize there is tons of stuff in between galaxies that connects them,” Vargas said in a press release. “Galaxies are undergoing this beautiful dance in which inflowing and outflowing gases balance each other.”

The telescope, also called the payload, is joined with a larger spacecraft and solar panels and will be launched into orbit about 465 miles above Earth in 2024. Data transmitters and computers will control much of the operations of the flight, but the payload will be built completely at Arizona. The team is seeking a private company to build the spacecraft and has been working closely with Blue Canyon Technologies, but no official decision has been made yet.

“Aspera is going to be orbiting the Earth at an altitude of 750 kilometers or so from the surface of the Earth,” Vargas said. “We have kind of a special orbit in that we are aiming to ride along the terminator (a term for a term for Earth’s day-night line). We will be constantly over that line so we can have half of the spacecraft illuminated by the sun for solar power and the other half pointed towards the galaxies we’re trying to observe.” 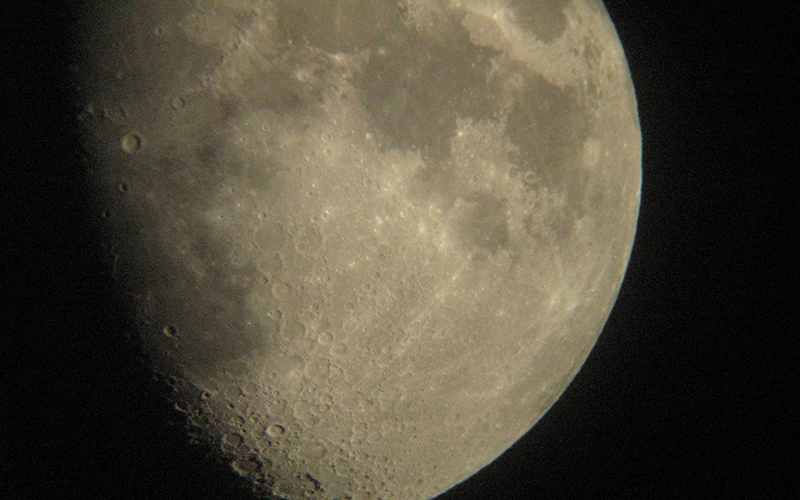 Prepping for the end of the world, under the surface of the moon

The researchers have a target list of 10 galaxies they will observe, spending two to three weeks on each one before moving to the next. But Vargas said that’s not what interests him most. He’s interested in developing projects that are quick and cheap.

“So I think proving that we can do science with these really small and economic platforms will open up a whole slew of new possibilities,” he said, “not just for astronomy but for geology, environmental science and so many other fields.”

In March, the Aspera team started a six month phase to finalize the telescope. During this time, they’ll decide how the telescope will operate in orbit and make sure all the pieces of the spacecraft fit together.