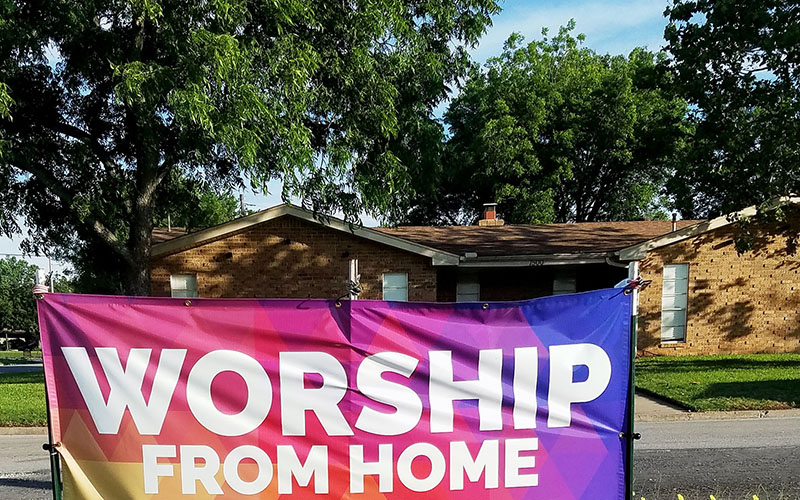 Faith leaders are guiding their congregations through Passover, Easter and Ramadan for a second year with COVID-19 constraints. While things are not as restricted as they were last year, in the first days of the pandemic, precautions ranging from virtual services to social distancing remain in place. (Photo by Gilbert Mercier/Creative Commons)

WASHINGTON – Communion will be delivered with masks and gloves. Ramadan prayers are fine, but socializing at the mosque will be discouraged. Seders were virtual or held in small groups.

As major religions observe a second holy season under the specter of COVID-19, faith leaders in Arizona find themselves juggling the spiritual needs of worshipers with the physical realities of protecting them in a pandemic.

“It’s kind of one thing I’ve really struggled with, and come to, through the pandemic,” said the Rev. Timothy Anderson, pastor of Beautiful Savior Lutheran Church in Tempe.

“You know you’ll hear a lot of Christian ministers say that we need to have faith over fear, and yes, we want to always continue to have faith in our Lord and savior,” Anderson said. “But it’s still an act of self-sacrifice to mask up and keep your neighbor safe.”

Masking is just one of the options worshipers can expect. With Passover in progress, Easter on Sunday and Ramadan the following week, religious leaders are taking reservations to keep crowds down at services, moving some services outdoors, encouraging social distancing and falling back on the virtual gathering that has become part of everyone’s life in the past year.

After scrambling to put together an online Passover Seder last year, just days after COVID-19 shutdowns started to be imposed, this year’s Zoom Seder was second nature for Marty Haberer, CEO of the Jewish Federation of Greater Phoenix. 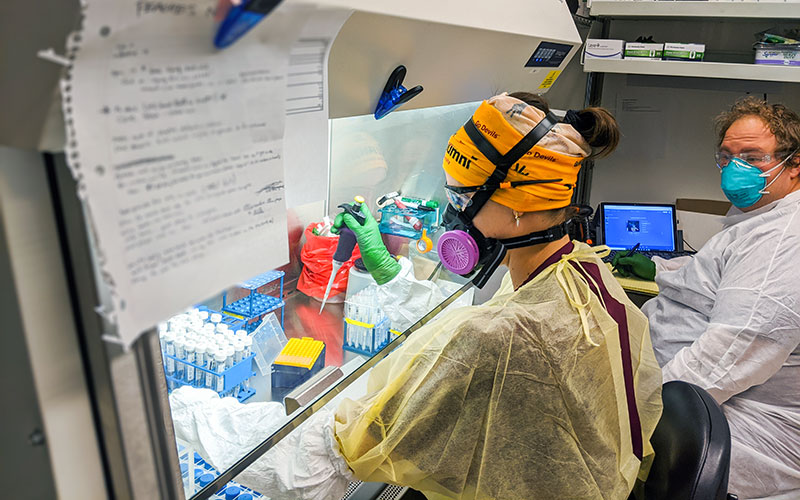 “Last year was a bit of a shock when we were not, for the first time in my entire life, able to have a physical family Passover Seder,” Haberer said. But “once you got everything right, it actually was a very, very meaningful and pleasant experience to have the Seder on Zoom.”

Preparations did not take nearly as long this year, and Haberer said his “mother actually said it was the most meaningful Passover that she has ever had which was very interesting.” But while his family opted for a virtual Seder, he heard from others that they felt safe enough to host in-person gatherings.

Arizona never imposed COVID-19 restrictions on religious activities as it did on businesses and other gatherings. It recommended health protocols and left the decision to faith leaders who initially clamped down before starting to slowly reopen services.

The lack of in-person worship has been hard for Catholics who “are accustomed to going every Sunday their whole life, and because of COVID stopped going,” said the Rev. John Muir, pastor of St. Thomas Aquinas in Avondale.

It began last year when Holy Week and Easter services were “generally closed to the public and live-streamed,” Muir said. While live-streaming will continue for some parishes, many have also resumed in-person worship, and Muir said Easter will be the first time back to Mass for many.

But those who do want to attend are being asked to call ahead.

“If not the majority of Catholic churches … I would say a significant portion are doing some sort of reservation system,” Muir said.

At the Islamic Center of Tucson, preparations for Ramadan will include pre-registration for Muslims who want to pray in the mosque, to keep crowd size down and to allow for contact tracing if needed.

“People will be able to come in on a first come first serve, limited, basis just to pray and leave,” said Maria Molina, the center’s social media director. The mosque has also been requiring people to “use disposable prayer mats so that their face does not come into contact with the floor and those are rolled up and disposed of after their prayers.”

COVID-19 has forced other changes.

Molina said the center would typically open “the mosque and the parking lot area for iftar, so that people can eat at sundown together and afterwards they might have activities for different age categories, especially for children and so it was really a social atmosphere.” Much of that socializing has been canceled this year.

The center is monitoring the pandemic before finalizing its plans, Molina said. Still, it’s an improvement over last year when “because of the unprecedented nature of the situation, the board of directors had voted to suspend the services for the safety of the congregation and the community.”

Anderson said Beautiful Savior Lutheran is working to return toward some normalcy to services, but is doing it “intelligently and we do it with a heart for our community.” Easter services will be live-streamed and precautions will be taken with those who want to worship in person.

“We are still highly encouraging masks for our members and for people who come,” he said. “We are not going to turn anyone away, but we will continue to social distance,”

Along with Easter services inside the church, Anderson said Beautiful Savior will have a service outdoors.

“Our Easter sunrise – or really it’s an 8 a.m. service – is outside, that’s for anyone who still feels that they don’t want to be inside yet, they don’t feel that’s safe,” he said.

Leaders of all faiths said the decision to curtail services was difficult. But may were like Molina, who said Islam teaches that “human life outweighs the duty to religious worship and so if there is a possibility that someone could become ill or die then any kind of religious obligations are waived.”

But while it was necessary, that doesn’t mean it was easy. After a year of steady improvements in the pandemic, Haberer said he is looking forward to Passover 2022.

“My true hope is that next year we end up in Colorado at my brother’s house and have an actual live Seder where everybody can be together,” Haberer said.