A federal appeals court upheld death-row inmates Robert Lee Walden’s convictions in the rapes of three Tucson woman within weeks of each other in 1991, and the murder of one of his victims. It rejected Walden’s claims that he should have been tried separately for each crime and that police influenced witnesses in the case. (Photo by Tim Evanson/Creative Commons)

WASHINGTON – A federal appeals court Friday upheld the convictions of an Arizona death-row inmate for the rapes of three Tucson women, one of whom was murdered, over the course of several weeks in 1991.

A three-judge panel of the 9th U.S. Circuit Court of Appeals rejected Robert Lee Walden’s claims that he should have been tried separately for each crime, and that Tucson police improperly influenced the surviving victims when they picked his mugshot out of a lineup, among other arguments.

Throughout his 41-page opinion, Judge Sidney Thomas referred to “well-reasoned” opinions of lower courts that threw out Walden’s claims and the “compelling” evidence against him, including fingerprints and three eyewitness identifications, two of which came from the surviving victims.

Attorneys in the case did not respond to requests for comment Friday.

Walden’s crime spree began on the morning of May 4, 1991, at an apartment complex in Tucson where he forced a victim into an empty community laundry room at knifepoint. There, he sexually assaulted and raped her while holding the knife to her throat, threatening repeatedly to kill her, according to court documents.

Less than two weeks later, on May 15, Walden – wearing the red shirt and blue pants of the pest control company he worked for – tricked a second victim into letting him into her apartment where she lived alone.

Once inside, he attacked her and attempted, but failed, to wrap both a telephone and hair dryer cord around her neck. Again, Walden repeatedly threatened to kill the victim if she screamed or resisted. 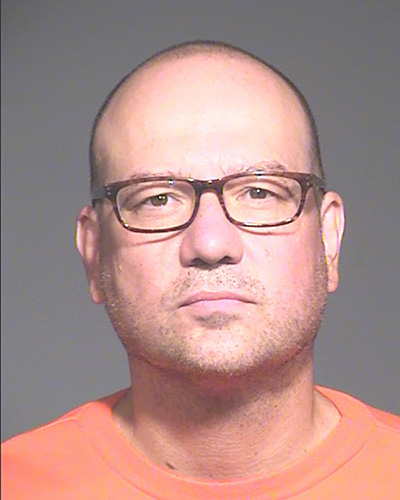 Robert Lee Walden has been on Arizona’s death row for almost 30 years for the 1991 rapes of three Tucson women, one of whom was murdered during the attack. (Photo courtesy Arizona Department of Corrections, Rehabilitation and Reentry)

“I’m going to kill you. I can do it,” he said during the attack, before dragging the victim into her bedroom where he gagged, tied her up and raped her.

On June 13, Walden’s last victim was found by her husband face down on their bedroom floor “in a pool of blood, unclothed from the waist down.” She had been raped and died from a combination of strangulation and two deep cuts to her throat that severed her carotid artery.

Testimony at Walden’s trial indicated that the stab wounds did not kill Miguela Burhans immediately, but that she was likely conscious for several minutes after the stabbing and put up a fight to prevent strangulation.

Walden was arrested June 27 and indicted on 14 counts, including rape, sexual assault and one count of first-degree murder, among others.

“The state’s evidence as to all three sets of counts was strong,” Thomas wrote.

Walden lived “within blocks” of his victims, and fingerprint evidence tied him to two of the cases. The two surviving victims identified him from a police photo lineup and another witness identified him without “any doubt” as the maintenance man she saw near Burhan’s apartment around the time of the murder.

Walden was convicted after a nine-day trial on all counts. He was sentenced to death in December 1992 after a judge found that the particularly gruesome nature of the crimes outweighed his claims of having an abusive childhood and being a model prisoner.

Since his conviction, Walden has raised “dozens of claims” in numerous state and federal appeals. In his latest appeal, Walden argued that police were “unduly suggestive” when they presented a photo lineup to the three women who identified him.

But the appeals court rejected that argument, pointing to an Arizona Supreme Court ruling that the identifications were not the “product of impermissibly suggestive police procedures.”

“The record shows that it was not objectively unreasonable for the Arizona Supreme Court to conclude that the photos generally resemble one another and the lineup was not suggestive,” Thomas wrote about one of Walden’s complaints.

Walden also claimed that he should have been tried separately for each of the crimes committed, but the appeals court said lower courts were correct to say there were “sufficient similarities” between the attacks to allow them to be tried together.

The court also rejected his claim that unnecessarily “gruesome” photos were allowed as evidence. It said the trial court “exercised considerable care in shielding the jury from excessively gruesome photos by excluding a subset of photos into evidence.”