WASHINGTON – Health officials confirmed COVID-19 in another 1,310 Arizonans Wednesday and reported that 43 more people died from the disease, according to the latest numbers from the Arizona Department of Health Services.

Depressing numbers – but a vast improvement from just six weeks ago, when the daily average of new cases in one week was 9,742 people and deaths were averaging 154 a day. And an indication, experts said, that the state may have finally turned a corner.

“I think we’ve definitely seen the worst of this pandemic,” said Will Humble, executive director of the Arizona Public Health Association. “I think the worst of the worst will end up being that first two weeks of January.”

It comes as the national death toll topped 500,000 and the number of Americans infected with the disease passed 28 million. But it also comes as hospitalization rates have plummeted and vaccination efforts have started to take hold, with 65 million doses administered nationwide and almost 1.6 million in Arizona.

“We are getting much better at getting the COVID-19 vaccinations in people’s arms,” said Dr. Daniel Derksen, director of the Arizona Center for Rural Health. “We have certainly seen that in the large-population counties like Maricopa and Pima, who have been particularly effective in these things like State Farm Arena.” 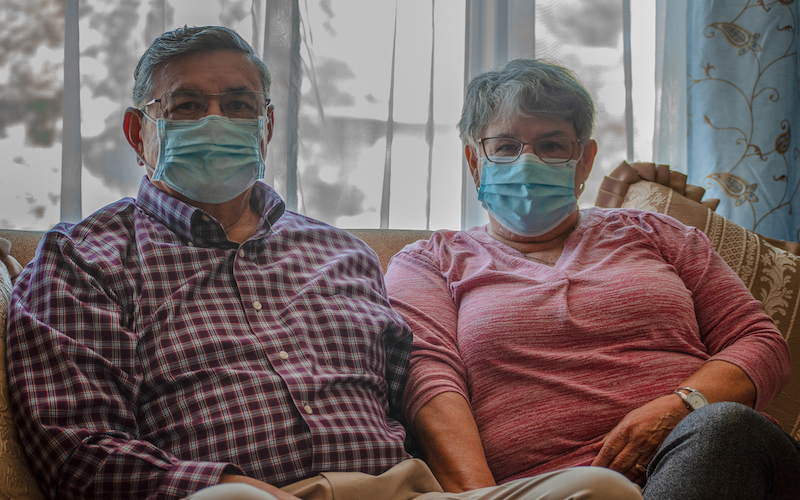 Both Humble and Derksen said that, with vaccination efforts continuing to rise, they do not expect to see spikes again like the one the state saw in January. Humble blamed that surge on holiday parties and family gatherings that spread the virus, which showed up in new cases in early January.

But all the numbers have pointed down since then. Just 25% of ICU beds are now occupied by COVID-19 patients, the lowest percentage since mid-November, while deaths and new cases continue to drop.

There are still challenges ahead. A vaccination site at Chandler-Gilbert Community College will close for four days next week as it shifts from county to state management. And new coronavirus variants continue to pop up, presenting a new type of threat.

Winter storms that wreaked havoc in the South delayed delivery of some vaccines, Derksen said, with multiple county health departments telling the state health department they had to cancel appointments as a result. Coconino County said in a statement last week, for example, that “some vaccination sites must cancel and reschedule first dose appointments scheduled for Thursday, Feb. 18, and Friday, Feb 19.”

But Derksen said Arizona appears to be back on track.

More than 1.1 million Arizonans – 15.5% of the state’s population – have received at least one dose of vaccine so far, and 438,534 have received both doses to be fully immunized. The Chandler-Gilbert Community College site will be the fourth mass vaccination site when it reopens next week, and a new one-dose vaccine from Johnson & Johnson appears to be on the verge of approval.

Humble worries that the state may be rushing to open the pool of vaccine-eligible Arizonans too quickly to younger people, in a push to vaccinate essential workers.

“If you throw essential workers into the pot at this point, you dilute our ability to protect seniors, and they are the ones that are at the highest risk of having a bad outcome, filling our hospitals, and dying,” Humble said. 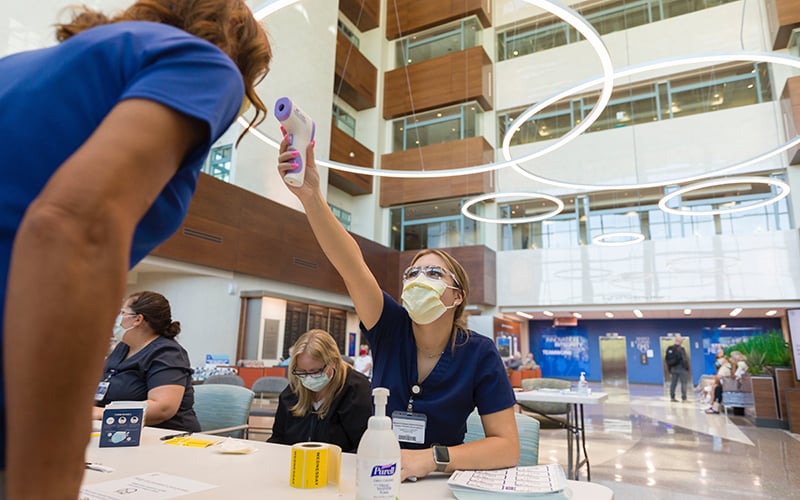 Despite their optimism, both Derksen and Humble stressed that this is not the time to let our guard down. They repeated the health care workers now-common refrain, urging people to continue social distancing, wearing masks, washing hands and staying home when sick.

“As we get more vaccinations done, and as people continue to take care of themselves by wearing masks, social distancing, and the other things that we have been trying to do for some time, we need to continue those because we are still in the first phase of immunizations and we really need to get those vaccinations to the general public,” said Derksen.

He is confident that if the state can keep up the pace of vaccinations, it will be in good shape. And once a majority of Arizonans are vaccinated, the population will be better protected against variants that may present themselves in the future.

But they caution that it will not happen overnight.

“I think we can really reduce the impact of this and get back to the new normal as they have been calling it,” Derksen said. “We are all eager for that to happen, but we still have a few months to go before we can get close to that.”