A supporter of former President Donald Trump in November, when thousands protested the election in Washington. On Jan. 6, Trump addressed a Washington rally of his supporters that turned violent when they stormed the Capitol in a deadly riot that sparked a second impeachment. A new poll says a significant number of Arizonans still believe Trump won. (Photo by Chase Hunter/Cronkite News)

WASHINGTON – As the Senate began debate Tuesday on a historic second impeachment of former President Donald Trump, a recent poll shows that more than half of Arizona Republicans believe Trump was the rightful winner of the November election.

The poll, taken by OH Predictive Insights shortly before President Joe Biden’s Jan. 20 inauguration, found that 60% of all Arizona voters are confident Biden won, but 20% of independents and 54% of registered Republicans believe Trump is “the rightful winner” of the election.

“Honestly, I was quite surprised, like eyes-fell-out-of-my-head, to see it in Arizona, where I think we have a pretty advanced election system compared to most other states,” said Mike Noble, chief of research and a managing partner at OH Predictive Insights.

The results were sharply defined by party affiliation. While 93% of Democrats believe Biden won, the number dropped to 63% among independents and fell to just 27% for Republicans, with the rest either unsure or certain that Trump won. A full 54% of GOP voters declared Trump the rightful winner.

The same percentage of Republican voters agreed with the statement that evidence showed that “the election was stolen” from Trump, compared to 85% of Democrats in the poll who said there was “no credible evidence of voter fraud that was widespread enough to have changed the outcome of the election.” Among independents, 22% said the election was stolen, 59% said it was not and 19% were not sure.

It comes as the Senate started the second impeachment trial of Trump, who was impeached Jan. 13 by the House on a charge of incitement of insurrection for his part in the mob that stormed the Capitol on Jan. 6 as Congress was certifying Biden’s victory.

The rioters halted the election certification for hours as lawmakers were hurried to safe spaces and the mob roamed the Capitol. Five people were killed during the riot and scores of police were wounded, some seriously.

The Senate rejected arguments Tuesday by Trump’s lawyers that the impeachment is unconstitutional because only a sitting president can be impeached, and Trump is now a private citizen.

House Democrats prosecuting the case said that accepting that argument would be creating a “January exception” to impeachment that would allow any president to commit a crime then avoid prosecution by resigning the office.

As many as four days of arguments are expected before senators vote on impeachment, which would need 60 votes to pass.

The hearing began Tuesday with Democrats showing a 13-minute video montage of the riot, with graphic footage of police officers being beaten and rioters smashing windows, pounding on doors and rifling through desks in the Senate chamber.

Trump’s lawyers charged that the impeachment was little more than “blood sport” driven by “pure, raw, misguided partisanship” of Democrats who have wanted to impeach Trump since he was elected and see a chance now to keep him from running again.

Even before the election, Trump complained about voter fraud, claims that he and others amplified after it became clear that Biden won.

Rallies were held around the country as votes were counted and numerous lawsuits – including a number in Arizona – were filed, all of which were rejected by courts. The Arizona Legislature is considering measures to tighten voting eligibility and the state Senate this week threatened, but failed, to find the Maricopa County Board of Supervisors in contempt for refusing to turn over its voting machines for an audit.

Despite the heated rhetoric, Noble said he was surprised to see the poll results in Arizona, a state that he said has “a pretty darn good record” when it comes to the voting system.

“There’s a lot of rhetoric, a lot of headlines on election fraud, issues, you know,” he said. “But the thing is, though, the rhetoric just doesn’t match reality, as we’ve seen from the numerous court cases that have gone and that have really stacked up.”

Nathan Gonzales, editor of Inside Elections, said Arizona is not yet Democratic enough that Kelly and Sinema can afford to ignore Republican voters as the impeachment goes forward. But they may not ever be able to court the GOP voters who believe the 2020 election was fraudulent, he said.

“There are large swaths of the Republican Party that believe that Biden’s victory was illegitimate,” Gonzales said. “I don’t think Sen. Mark Kelly and Sen. Sinema can disregard Republican voters, but they don’t need to persuade the Republicans who doubt the results of the election in order to win future elections.”

And one analyst said the Arizona Republican Party could hurt itself in the long run by continuing to press election fraud claims.

“You had a lot of Republican voters who thought, ‘Well, the election is stolen, you know, there’s all this election fraud, my vote’s not going to count anyway, so I’m just not going to vote,'” said J. Miles Coleman, associate editor of Sabato’s Crystal Ball at the University of Virginia’s Center for Politics.

He said that voter turn-off happened in Georgia, which last month unseated two Republican senators and sent two Democrats to Washington in their place, tipping the balance of the Senate to Democrats. The same thing could happen in Arizona, Coleman warned.

“If Republicans keep this up with this messaging that you can’t trust the elections, that could very well have an adverse impact on their electoral prospects in Arizona,” he said. 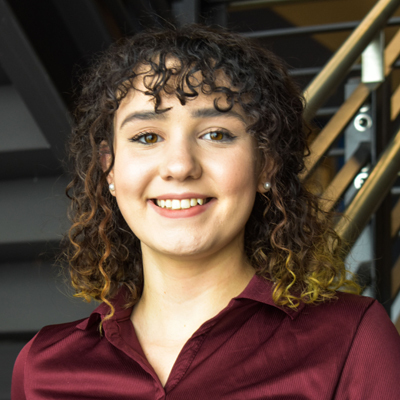 Michelle Ailport expects to graduate in May 2021 with a degree in journalism and mass communication, followed by her master’s in mass communication in 2022. Ailport, who interns for The Arizona Republic, is a digital producer and social media reporter for Cronkite News this spring.