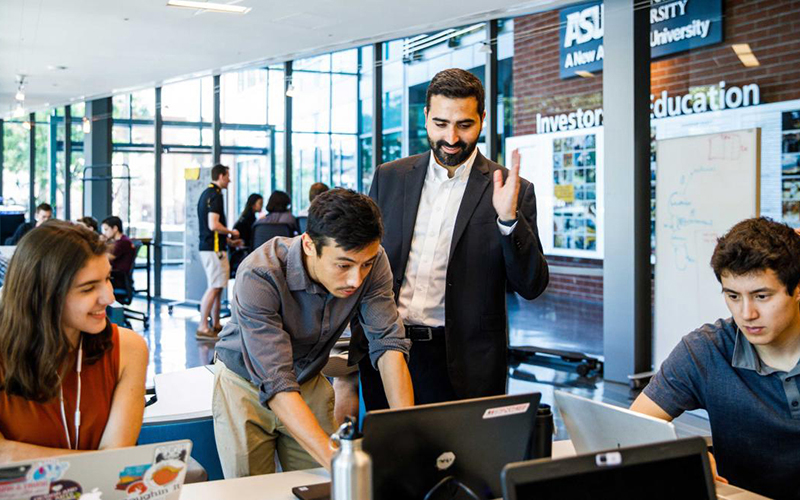 University students and faculty are responding to the COVID-19 pandemic with new advancements in face mask technology. (Photo courtesy of ASU Luminosity Lab) 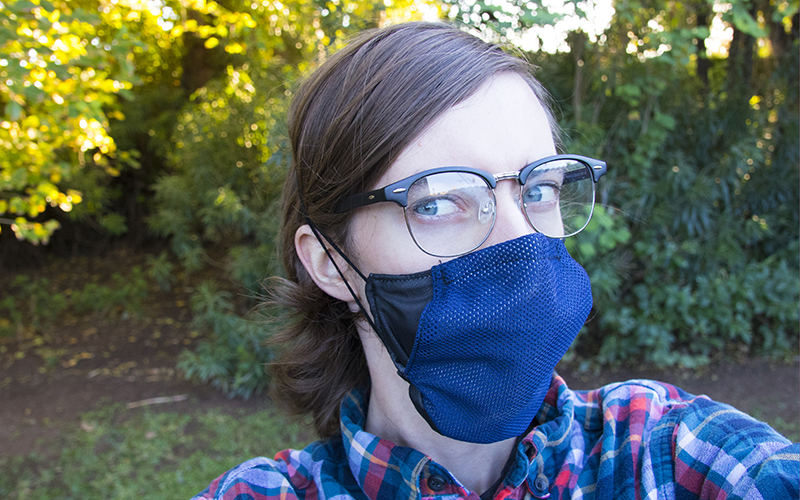 PHOENIX – Since the onset of the pandemic, health experts have touted masks as the best way to reduce the spread of COVID-19, but wearing them in public met considerable resistance and was politicized in some places.

“Until we have a vaccine, masks are the single best defense against the virus,” Phoenix Mayor Kate Gallego said in November, joining mayors from across the state to call on Ducey to allow local governments to make their own rulings. Ducey, who has not imposed a statewide mandate, eventually relented.

Fast forward to Monday, when the Biden White House issued an executive order requiring masks to be worn in federal buildings and public modes of transportation, signaling a shift from the Trump administration on COVID-19 prevention. 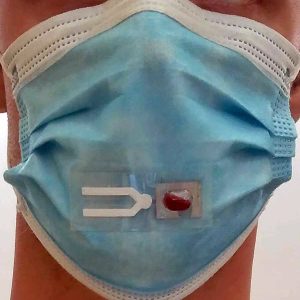 As the virus and its variants have claimed more than 443,000 lives in the U.S. alone, the call for more personal protective equipment becomes greater. Now, universities and their students are imagining ways to not only improve public attitudes toward masks but also the technology behind them.

The University of California, San Diego recently made headlines with its design of a wearable test strip that changes color when it detects the SARS-CoV-2 virus that causes COVID-19 on the wearer’s breath or saliva.

The strips can be affixed to the front of any mask and are designed to detect proteases, or “protein-cleaving molecules,” produced from an infection of COVID-19.

“I guess part of the inspiration for (the mask) came from at-home pregnancy tests,” said Jesse Jokerst, professor of nanoengineering at the UCSD Jacobs School of Engineering and lead principal investigator of the project. “The concept of an easy-to-read, compact testing approach felt useful.”

The test strip is equipped with a blister pack that the user will squeeze, releasing nanoparticles that change color when proteases from the novel coronavirus are detected. Although the sensor strips do not replace a traditional COVID-19 test, they can be used to monitor exposure, researchers said.

“I always say to think of it like a smoke alarm,” Jokerst said. “When it goes off, it doesn’t necessarily tell you the fire is in your bathroom, kitchen or bedroom. Instead, it alerts you to take some action.”

The project, which received $1.3 million from the National Institutes of Health, plans to quickly collaborate with a manufacturer to produce the sensors for those in at-risk settings. For now, the team continues testing.

Jokerst said it’s too early to tell whether the sensors could detect the coronavirus in other settings, such as ventilation systems.

“I can tell you that I have had people reach out with other ideas for this technology that I had never even thought about,” he said with a laugh. “It’s exciting to think about what else this can be used for.” 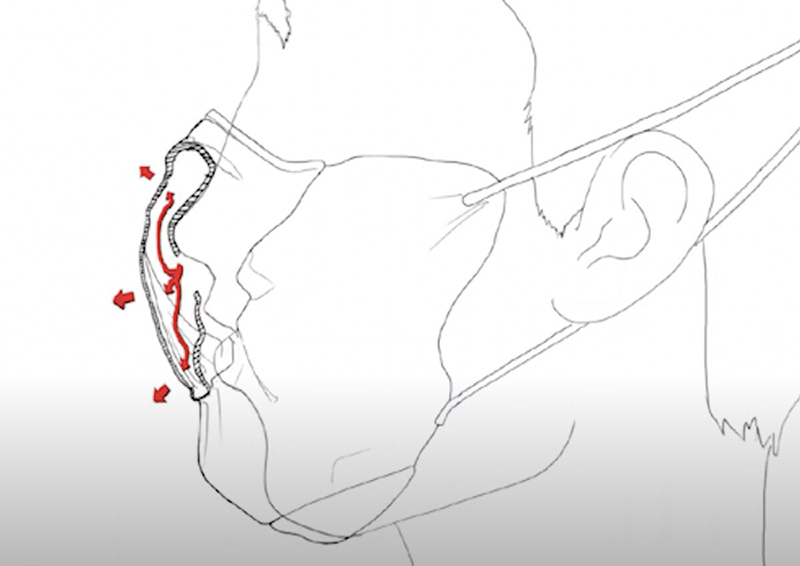 A digital sketch of the FloeMask shows how exhaled air is kept separated in a bifurcated chamber. (Photo courtesy of ASU Luminosity Lab)

Developers of the FloeMask say it promotes a more “comfortable, functional, affordable – and even stylish” mask experience compared to traditional protective shields.

When the blister pack is released, the sensor will change color. The blue color indicates a control line, which is what the test would look like if positive. (Photo courtesy of University of California, San Diego)

“We really wanted to look at the different reasons why people chose not to wear masks that XPRIZE surveyed and found,” Pascavis said. “We were inspired by the fact that many found masks were too hot, too stuffy and hard to exercise in.

“What we’ve found is that most people tend to be nose breathers. As a result, the constant exchange of air gets trapped on their face.”

The $500,000 in prize money will be used to further devolop the FloeMask prototype. Its creators also will be connected to rapid manufacturing opportunities in the United States.

“Between juggling an actual pandemic, work and other classes on top of that doing this project, it’s still so surreal that we won,” Pascasvis said. “All of our hard work really paid off.”