Research finds COVID may worsen symptoms of those with Tourette’s 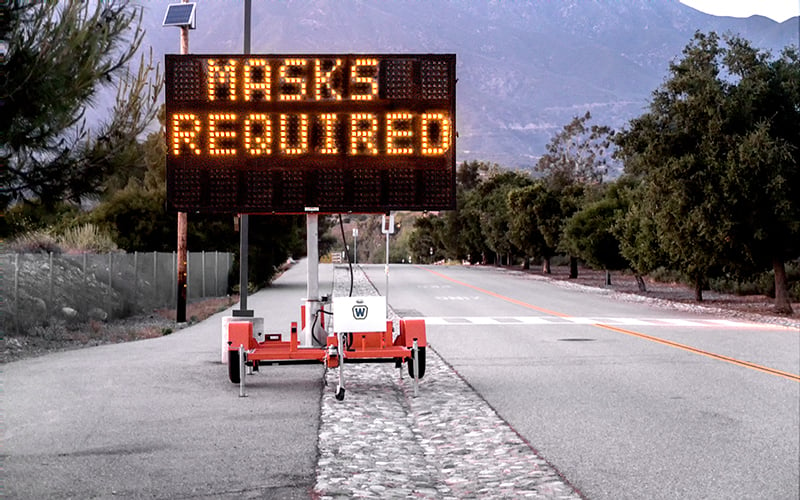 People with Tourette syndrome have struggled during the pandemic in a number of ways, including difficulty wearing masks because of facial tics and stigma related to coughing tics. Several studies show symptoms have worsened for those with the condition since COVID-19 emerged around the world. (Photo by Russ Allison Loar/Creative Commons)

PHOENIX – Stress, isolation and face mask requirements related to COVID-19 may be worsening symptoms for the estimated 1% of the world’s population who suffer from Tourette syndrome, research shows.

The neurological disorder, named for a French doctor who first described the condition in 1885, is characterized by repetitive, involuntary movements or sounds. Common motor tics include repeated blinking, shrugging, twitching and nodding, while vocal tics may include grunting, throat clearing, humming or repeating words or phrases.

Obsessive-compulsive disorder, anxiety and attention deficit hyperactivity disorder also are common among those with Tourette’s.

An estimated 200,000 Americans have a severe form of Tourette’s, and as many as 1 in 100 exhibit milder symptoms, according to the National Institute of Neurological Disorders and Stroke. Average onset occurs from age 3 to 9.

People with Tourette syndrome have struggled during the pandemic in a number of ways, including difficulty wearing masks because of facial tics and stigma related to coughing tics.

In a June study published in the journal Movement Disorders Clinical Practice, 48% of adults with Tourette syndrome reported their tics had worsened since the pandemic was declared in March. They cited increased stress related to health and financial concerns as well as a lack of physical activity because of confinement. Others said masks had made their tics worse.

A second study, published in November in Frontiers in Psychiatry, focused on Italian children and teens with Tourette’s. It found that amid that country’s quarantine, 67% of youth with the condition saw symptoms worsen, including tics, hyperactivity, obsessions or compulsions, and anxiety.

“The current COVID-19 pandemic is exerting a considerable impact on the mental health of young individuals with TS by worsening both tics and emotional and behavioral symptoms,” the authors wrote.

Heather Simpson, an occupational therapist at the University of Florida Health Center for Movement Disorders & Neurorestoration, evaluates and treats movement disorders including Tourette’s. Tics are unpredictable, she said, and worsen “when you talk about them or when you’re told not to do” something, like being instructed during a pandemic to not touch your face.

“Touching your face, sniffing, facial grimaces, moving hair out of the face, bringing a hand to mouth … anything like that can be made more difficult” for those with Tourette’s, she said.

Simpson said some of her clients have reported developing new tics during the pandemic, such as coughing and touching other people or, in an extreme case, walking into a public space and exclaiming, “I have corona!”

Chloe Winston, 18, who serves as a youth ambassador for the Tourette Association of America, said her facial tics have made it a struggle to wear a mask, and constantly scratching her face causes her mask to shift and sometimes slide down her nose.

“It’s made me a little nervous, because especially when I’m at work, people will point it out,” she said. “And I have to either just laugh it off or sometimes I’ll explain it if I’m comfortable.”

Winston said she also has coughing tics and a sniffing tic that makes it sound as if she’s sneezing. She often hears, “‘Oh, you’re sick, you shouldn’t really be out and about,’” she said, “and then I have to say, ‘No, I just have Tourette’s.’”

William Atkins, 17, another youth ambassador for the Tourette Association, said online schooling has been a particular challenge, and he thinks the added stress worsened his tics.

“The first quarter of school, my grades started to drop and my tics were just acting up so badly,” he said. “I think the self-doubt was what really made my tics act up, because … I had gotten a mindset like: I will fail this test, I will fail this assignment.”

Winston said seeing herself on camera during online school worsened her condition.

“Once I see myself tic once, I’ll just keep doing it over and over and over again,” she said. “And so sometimes I won’t have my camera on, but some of my teachers really push to turn on your camera. So I’ll turn it on, but I know that other people will be staring at me.”

Simpson said it’s important to remind those with Tourette syndrome to “be gentle to themselves,” especially during these unpredictable times.

“In some cases, it can be debilitating, but having tics and Tourette syndrome has been shown to have wonderful strengths, as well,” she said. “You tend to be more creative … to have some faster reflexes. You tend to be very empathetic.”

The Tourette Association of America has scheduled a series of webinars for educators starting this February to provide more information about the condition and strategies for working with students.