Hate crimes driven by religious bias are typically among the most frequent hate crimes in Arizona, after race and sexual orientation. They were the second-highest hate crime cited in the state in 2019, according to FBI data. Vandals in this 2017 photo spray-painted swastikas on the home of a Jewish political candidate in Pinal County. (File photo courtesy the Arizona Anti-Defamation League).

WASHINGTON – Hate crimes in Arizona bounced back in 2019 after a sharp drop the year before, and advocates say they fear the numbers are only going to continue to rise when the tumult of 2020 is reported.

Despite a steep increase from the 173 hate crimes recorded in Arizona in 2018, the state’s 217 hate crimes in 2019 were just below average for the past decade, according to data from the FBI’s Uniform Crime Report.

But advocates note that the latest FBI numbers do not include events from 2020, including Black Lives Matter protests and the COVID-19 pandemic, which led to reports of anti-Asian violence for what President Donald Trump repeatedly called the “Wuhan virus.” These numbers are likely to surge again when 2020 results are reported next year, they said.

“We have seen a surge in hate crimes and hate incidents against Asian Americans in connection with COVID-19, our community is being wrongly blamed,” said Marita Etcubañez, director of strategic initiatives for Asian Americans Advancing Justice. “The numbers we just got (from the FBI) are for 2019, so none of the COVID-19 data will have been captured in the numbers just released.”

And none of the Black Lives Matter protests that followed the police killing of George Floyd in Minneapolis are captured in the 2019 numbers either, said Lecia Brooks, chief of staff at the Southern Poverty Law Center.

“We’re kind of still in the midst of this racial reckoning that the country’s been going through, recognizing that systemic racism and anti-Black racism is real,” Brooks said.

According to the FBI, a hate crime is “criminal offense against a person or property motivated in whole or in part by an offender’s bias against a race, religion, disability, sexual orientation, ethnicity, gender, or gender identity.” 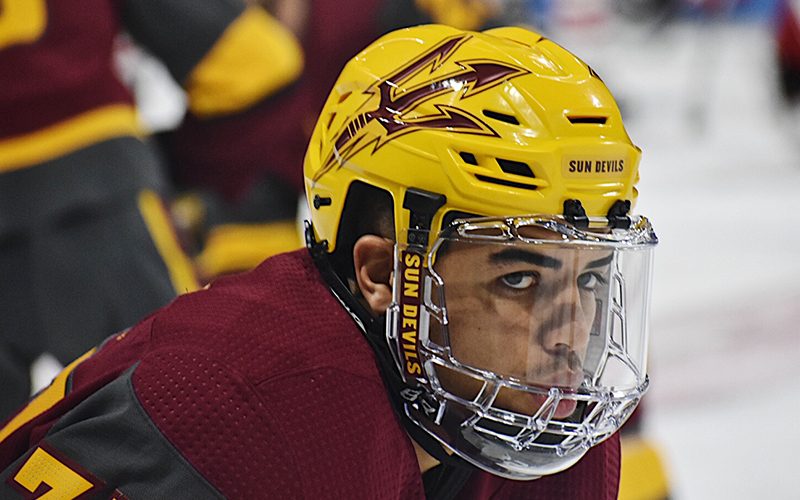 Nationally, hate crimes rose by 2.72% from 7,120 in 2018 to 7,314 in 2019. As in Arizona, race-based crimes made up the bulk of the national numbers. Brooks said the vast majority of these crimes were directed at Blacks, while hate crimes against Latinos continued to rise.

“This is the fourth consecutive year that there’s been an increase on hate crimes against Latinos, so that right there is pause for concern,” said Carlos Galindo-Elvira, director of community engagement and partnerships for Chicanos Por La Causa in Arizona.

Phoenix’s 159 reported hate crimes was the most in the state in 2019, followed by Tucson with 16. Of the 17 police departments participating, six reported just one hate crime last year, while Glendale, Apache Junction and Mesa each reported several incidents.

When asked about the rise in hate crimes, the Phoenix Police Department responded with a statement that the department is working to “ensure the safety” for everyone in the city.

“Bias-related crimes affect not only the security of our community members but more importantly the trust within that community,” said a statement from Sgt. Mercedes Fortune, a Phoenix Police spokeswoman. “We encourage our community to report all crimes in whole or in part, as a result of a prejudice or bias toward an individual or group based on race, religion, ethnicity, gender, gender identity, sexual orientation, or disability.”

But some advocates say police are not doing enough to make sure people feel safe enough to report these incidents. Tammy Gillies, interim regional director of the Anti-Defamation League in Arizona, said that hate crimes traditionally tend to be underreported, and Etcubañez agreed.

“There are a range of reasons why people would not want to contact law enforcement at all,” Etcubañez said, such as their immigration status or ability to speak English. “Contacting law enforcement is not going to be something that everyone is comfortable with or willing to do.”

Galindo-Elvira said that the FBI report may not represent every hate crime that occurred in 2019, because the police – or even the victim – may not always see a bias motivation behind an attack. Without that, he said, “an assault can only be viewed as an assault.”

“Those are only the reported hate crimes, so we know that there have to be more that have happened across the spectrum,” he said.

Brooks said there “needs to be better training of law enforcement with respect to what is a hate crime, what do you look for, how do you investigate it and, more importantly, how do you support people in your community.”

Data in the Uniform Crime Reporting Program is self-reported by police departments, not all of whom participate. But it is still widely cited by advocates, despite its flaws.

And advocates urge people to remember the communities affected by the numbers and statistics in the report.

“These community members are reminded of what they experience every day,” Brooks said. “It’s a sad commentary that we have to recognize what we go through by viewing statistics that come out of the FBI annually as opposed to recognizing that people from these communities are impacted by racism, xenophobia, anti-Semitism every day.”

“While there might be a single victim, really the ripple effect is that it instills fear in the whole community,” Gillies said.