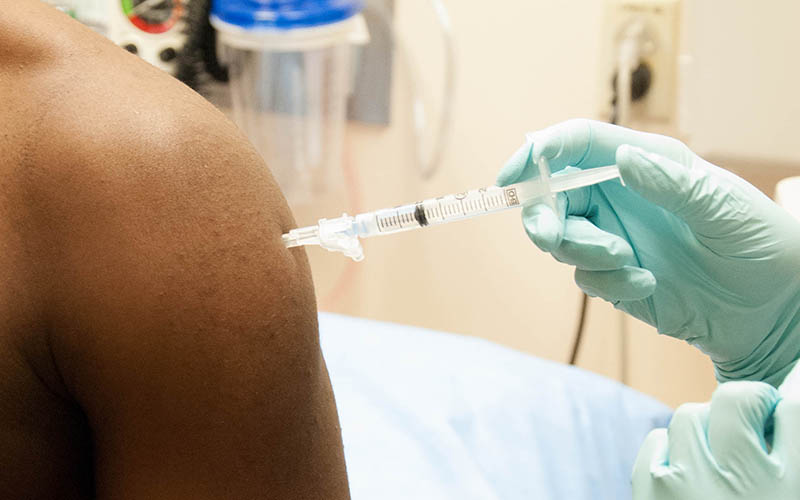 With approval for the first COVID-19 vaccine expected this month, Arizona health officials said Friday they expect to get the first doses by Dec. 15 and begin vaccinating priority groups, like heath care workers, soon after that. The general public could start getting vaccinated next spring. (Photo by NIAID/Creative Commons)

WASHINGTON – Arizona health officials said they expect to get the first of more than 380,000 doses of COVID-19 vaccine by Dec. 15 and will begin vaccinating health care workers and first responders shortly thereafter.

Arizona Department of Health Services Director Dr. Cara Christ made that announcement Friday, as the state submitted its plans for vaccine distribution to the Centers for Disease Control and Prevention for approval.

Under that plan, hundreds of approved providers could begin vaccinating Arizonans, with health care workers and long-term care residents first. Christ said priority groups should be vaccinated by the end of February, and that anyone in the state who wants the two-dose vaccination should have received it by late summer or early fall.

Christ called the vaccine a “light at the end of the tunnel” during a dark time for the state: Confirmed COVID-19 cases and deaths are surging in Arizona, with the health department reporting more than 11,000 new cases in the last two days alone. Overall cases in the state stood at 352,101 Friday, when COVID-19 related deaths reached 6,885.

It’s part of a national surge that has brought confirmed cases to just over 14 million, with 275,386 deaths as of Friday, according to the CDC.

In the face of the growing pandemic, the Trump administration in May kicked off Operation Warp Speed, with the goal of “delivering safe and effective vaccine doses to the American people beginning January 2021.” 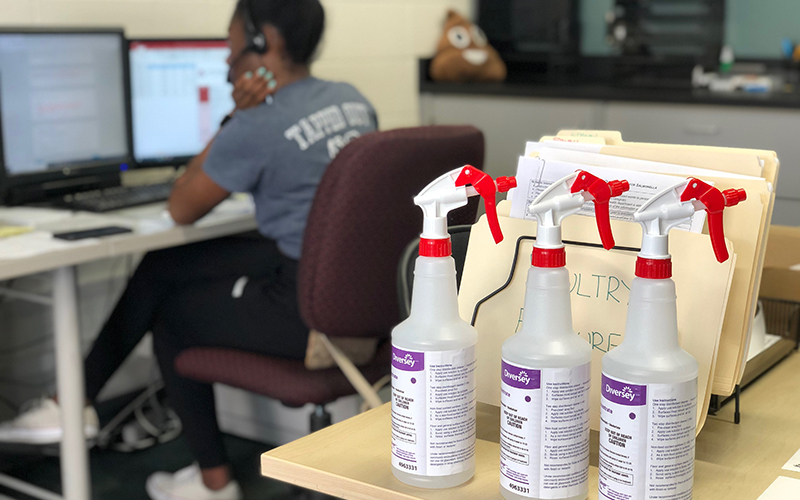 That effort paid off late last month when two pharmaceutical companies, Pfizer and Moderna, submitted paperwork for final Food and Drug Administration approval of their versions of COVID-19 vaccines that are at least 94% effective. Pfizer’s version could be approved as soon as Dec. 10, with Moderna’s OK expected a week later.

Once approved, the drugs will go to the CDC, which will allocate it to the states for distribution every week. Under the complex distribution plan outlined Friday by Christ, the doses will go directly to the health providers who will deliver the vaccine, bypassing state and local health departments.

Arizona will be told each week how many doses to expect, and it will allot those by county, based on the percentage of county residents in a priority group. The counties will then tell the state how many doses to send, and where, and the state will relay that information to the CDC distributor.

“The CDC distributor will ship the vaccine directly to the providers that are approved to receive an allocation,” Christ said. “So, the state and local health departments will not receive that vaccine or serve as a middle man in the distribution chain.”

The CDC early on said first responders and health care workers should get priority for vaccination, followed by at-risk groups such as the elderly. Arizona’s plan mirrors those guidelines, with the first phase targeting three groups ahead of the general population.

Phase 1C is defined as people at high risk of contracting a severe case of COVID-19, including those 65 and older and adults in congregate settings, such as prisons. The general population is Phase 2.

There are currently 359 approved providers to administer the COVID-19 vaccine in Arizona, Christ said, with applications pending from more than 1,000. And providers said they are eager to get started.

“As soon as it gets approved, I believe we will have the vaccine in our hands very quickly,” said Dr. Janice Johnston, medical director and co-founder of Redirect Health, one of the approved providers.

It has several clinics in Arizona where it will store and administer the vaccine. Johnston said Redirect Health responded to the department’s call for providers, “went through their screening process, and were approved to be one of the providers once they do become available for the deep-freeze version of the vaccine.”

David Berg, chairman of the board and co-founder of Redirect Health, emphasized the need for coordination between clinics, counties and the state to make the distribution and administration of vaccines as seamless as possible.

“The state will give us guidance on who the groups are and what they would like us to do,” Berg said. “And I think it is important that everybody follows the state guidance so that we can do this is a very coordinated way.”

As more vaccine providers are approved in the state, they will be listed on the CDC’s Vaccine Finder once doses are available, according to an AZDHS spokesperson.

Christ said she expects “hundreds of millions of doses” to be available for the general public in March or April, with vaccinations complete several months thereafter.

Gov. Doug Ducey this week signed an executive order requiring insurance companies to cover the entire cost of COVID-19 vaccinations for all Arizonans.

Christ referenced that order Friday when she said the COVID-19 vaccine will be considered “in network” for all state-regulated insurance companies.

“Everyone who wants to get one, will get one,” she said.