Then-candidate Mark Kelly launching his Senate bid in February 2019. Kelly, now senator-elect after this month’s elections, is wasting no time getting ready for a swearing-in that could come next week, more than a month before other senators are sworn in. (Photo by Gage Skidmore/Creative Commons)

WASHINGTON – He won’t be Arizona’s next U.S. senator for another couple of days, but Sen.-elect Mark Kelly is already acting the part.

Just days after Election Day, the Democrat was on Capitol Hill for new member orientation and conversations with sitting senators from both sides of the aisle, including Republicans Mitt Romney of Utah, Marco Rubio of Florida and Pat Toomey of Pennsylvania, his aides said.

He met with Gov. Doug Ducey, unveiled a 13-member transition team and hosted a public briefing about the impact of COVID-19 on Arizonans and the local economy.

But there’s not a lot of time to waste: Because of unusual circumstances of the Senate election in Arizona this year, Kelly could be sworn in early next week, a full month before the rest of the Senate.

“It’s probably like falling out of the stars and into a place on planet Earth … It’s very fast,” said Bradford Fitch, president and CEO of the Congressional Management Foundation, about Kelly’s quick transition into the Senate seat.

On Monday, Ducey and Secretary of State Katie Hobbs are required to certify the results of the Nov. 3 election, which gave Kelly a 51.2-48.8% margin over Sen. Martha McSally, R-Arizona. More than 3.3 million votes were cast in the election, which capped the most-expensive Senate race in state history.

McSally smoothed the way two weeks ago when she conceded to Kelly, and in her farewell address to the Senate last week when she wished him well.

In an interview this week on Arizona Horizon, Kelly said he expects to be sworn in Tuesday or Wednesday, and get to work immediately. “If there are votes that day, I’ll be voting on the floor of the United States Senate after I’m sworn in.”

Fitch said that even though Congress is in a lame-duck session between the election and inauguration, lawmakers still must deal with important matters, including COVID-19 relief and a Dec. 11 deadline to pass a budget and avert a potential government shutdown.

“There are many pressing national challenges that are facing the country and facing the Congress,” Fitch said. “So Senator-Elect Kelly is going to have a lot on his plate.”

In terms of the actual transition process, Fitch hopes it will be done with “least disruption to the voters” who relied on McSally’s office for help on cases with federal agencies. He said transitions depend on the “decency and the civility” of both politicians.

Kelly’s campaign said the senator-elect has been in touch with McSally’s team to “ensure the smooth transition.” When he shows up to the Capitol, he will be working out of a temporary office during the transition, his staff said.

Jason Rose, a Republican political consultant in Arizona, calls this transition “far superior” to that between President Donald Trump and President-Elect Joe Biden. Trump has refused to concede and it was not until this week that his General Services Administration signed off on paperwork giving Biden’s team access to government agencies and operating funds.

“I’m grateful to Sen.-elect Kelly for sitting down to talk about the important work ahead of us, and I once again congratulate him on his recent victory,” Ducey said in a statement released by his office.

Rose said he thinks Kelly will make a “tremendous senator for Arizona.”

“So let him get on with the good work at hand,” he said.

And there’s a lot of work to be done, said Fitch, who said the job of running a Senate office is like running a small business. But he hopes Kelly also takes time to step back and enjoy the significance of being in the Senate.

“I think he’s going to be at the same desk that John McCain was … so that’s a pretty cool thing, that you start to accept and really embrace the awe of the office once you’re on the Senate floor,” Fitch said. “There’s really nothing quite like it.” 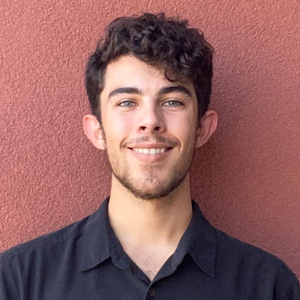 Casey Flanagan is a California native studying at Arizona State University for a bachelor’s degree in journalism. His focus is on digital reporting and editing, and his work has been published by news publications across Phoenix, including the East Valley Tribune and Arizona Daily Independent.