Single-use plastics make up 50% of trash in California, and plastic urban runoff is the primary source of marine debris in the Los Angeles and San Gabriel River watersheds, according to the Bren School of Environmental Science & Management at the University of California, Santa Barbara. (Photo by Paul Hanoka/Unsplash) 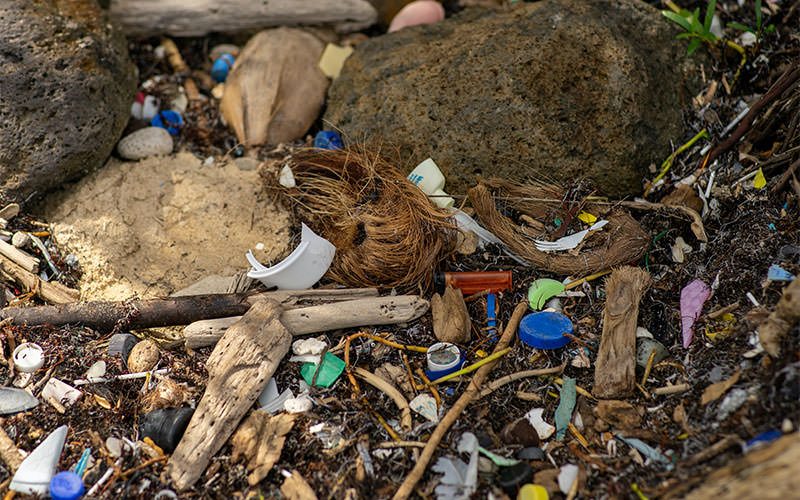 Even though the Great Pacific Garbage Patch keeps most of the plastic in one spot, stray pieces often escape and wind up back where they started – on coastlines. (Photo by Thobias Löfqvist/Unsplash)

PHOENIX – The ugly truth was laid bare when an international team of researchers ran their final model on plastic pollution in the Pacific. The results would reveal just how much the world would have to reduce plastic waste to prevent more than 8 million metric tons from entering the oceans, lakes and rivers every year – and whether that was even possible.

Three words came to mind for Arizona State University graduate student Erin Murphy, who was part of the team.

“Not even close,” Murphy said.

No matter what hypothetical the researchers punched into the module to reduce plastic production and increase global waste management, the conclusion was the same: The production of plastic worldwide continues to drastically outpace efforts to reduce it.

Even with ambitious and rigorous global standards of recycling, managing and reducing waste, the amount of plastic produced around the world could grow to six times the current amount by 2030, the researchers found.

It was then, in the roomful of esteemed scientists and professors from around the world, that everyone’s hearts sank.

“Seeing how shocked everyone was at the magnitude of the problem and how much action would be needed was a really special moment, a little bit scary,” said Murphy, who’s studying Life Sciences at ASU. “It isn’t often you feel that surprised by the scientific discovery you are making.”

The comprehensive study, which was conducted by nearly two dozen universities and institutions in Indonesia, Australia, New Zealand, Netherlands, Great Britain, Canada and the United States, was published Sept. 18 in Science Magazine.

The model, which used software that accounts for 97% of the world’s population, tested three scenarios: Business as usual, where plastic and waste production follow current trends; the ambitious scenario, where the team relies on current global commitments to reduce the influx of pollution; and the ultimate target scenario, which would reduce the amount of plastic pollution currently being created. 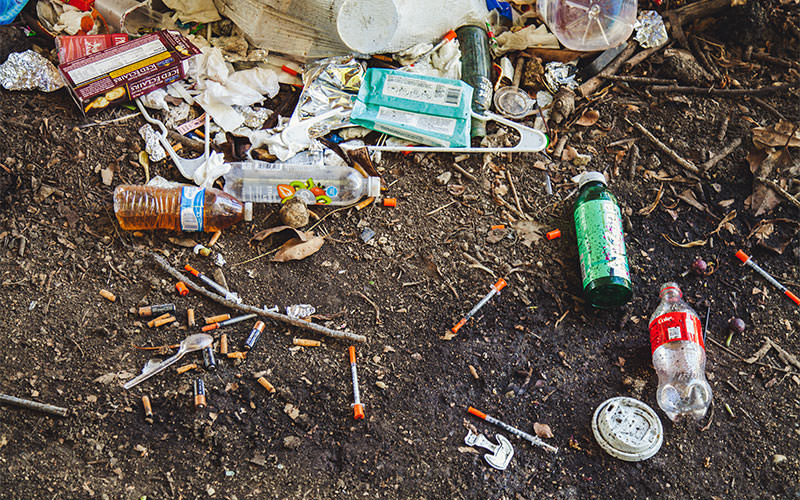 The California Recycling and Plastic Pollution Reduction Act of 2020 reported that state taxpayers pay close to $420 million each year in beach cleanup and prevention efforts across all waste categories. (Photo by Jonathan Gonzalez/Unsplash)

“Business as usual” is an unassuming term, but when it comes to plastic production, it equates to “worst case scenario.” According to the study, if the world continues its current pace, there could be up to 90 million metric tons of plastic entering oceans, lakes and rivers every year by 2030, compared with the 8 million metric tons that the ultimate target scenario was projected to achieve.

The conglomerate issue of plastic pollution can sometimes be hard to see, but one place where it’s most visible is roughly 450 miles west of San Francisco.

The 618,000-square-mile Great Pacific Garbage Patch floats in the North Pacific Subtropical Gyre, one of the world’s five gyres, the large systems of ocean currents. Most of the plastic in the North Pacific Subtropical Gyre came from North America and Asia. Despite its name, the Pacific Garbage Patch is less of a solid patch and more of a peppered soup, dotted with microplastics that skim the surface.

“The challenge with (the garbage patch) is that it can be more difficult to find the source of those plastics because they have been in the environment for a long time,” Murphy said. “There can be waste (floating) from all the way from Asia to the coast of California and contributing to a local problem.”

Part of the study set out to find what would need to be done to reduce the amount of plastic entering the world’s oceans, lakes and rivers annually to less than 8 million metric tons by 2030. Reaching that goal would require a reduction of 25% to 40% in plastic waste, in tandem with a cleanup of 40% of plastic emissions annually, researchers found.

California and seven other states – Connecticut, Delaware, Hawaii, Maine, New York, Oregon and Vermont – have banned single-use plastic bags to reduce reliance and encourage reuse. But researchers say that’s only a small piece of the puzzle.

“I challenge you to go to the grocery store, use your cloth bag, come home and see how much plastic you still have,” Murphy said. “You know, all of our foods, most here are packaged in plastics. It (banning plastic bags) is not enough.”

Plastic in the oceans has become a high-profile form of pollution, but scientists are just beginning to understand how bad the problem is, said Alex Truelove, the executive director of the Zero Waste Campaign through the U.S. Public Interest Research Group, an advocacy organization.

“The effects plastic has on the ocean are so multiple,” Truelove said. “It’s everywhere. It’s infiltrated every corner of our planet. In some ways, I think we’re still figuring out how bad it is.”

Truelove is right. The problem isn’t just floating on the surface – it’s much deeper. A 2020 study from the Commonwealth Scientific and Industrial Research Organisation, a national science research agency in Australia, found that 14 million metric tons of plastic could be ruminating on the world’s ocean floor – twice as much than what’s on the surface.

California has a front row seat to the consequences of plastic pollution, mostly because of its vast coastline. The Pacific Garbage Patch is adept at cobbling together tons of trash, but a great deal escapes and winds up on beaches.

Murphy worked on a 2014 study showing the incentive of working toward cleaner oceans and in result, cleaner beaches.

“For example, reducing marine debris by 75% from six beaches near the outflow of the Los Angeles River would benefit users of those beaches $5 per trip and increase visitation by 43%, for a total of $53 million in benefits,” the study said.

Beyond collecting plastic before it enters nature, or reducing its use, scientists are exploring how to get rid of it without filling landfills or using a sometimes complex recycling process. 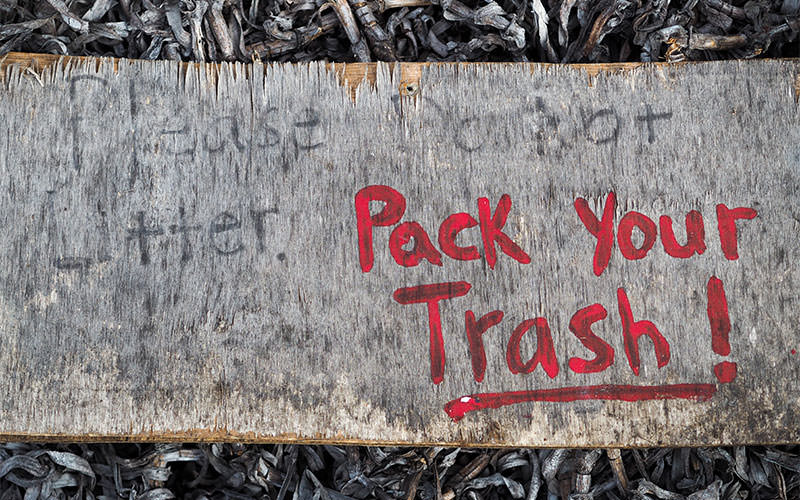 A new combination of enzymes were discovered that broke down plastic at six times the rate of an enzyme previously used, according to a 2020 study led by federal scientists with the National Renewable Energy Laboratory and published by the Proceedings of the National Academy of Sciences. While the construction of plastic-degrading enzymes have advanced rapidly, the amount of plastic in the world remains a challenge to its viability, according to Spanish researchers.

Truelove has a different perspective when it comes to the promising scientific advancements. Encouraging the advancement of technology that breaks down plastic deters society from changing habits and doing the work needed to reduce waste from the start, Truelove said.

Murphy and Truelove agreed that cleaning up trash doesn’t make sense if the world continues to produce the same amount of plastic or – worse – produces even more.

“The amount of plastic we’re producing, like we found in this study, is continuing to increase exponentially,” Murphy said. “Going out and cleaning up is not going to be efficient because more plastic is entering the environment every year than the year before.

“Focusing first and foremost on reducing the amount of plastic that carries the environment is going to be critical.”

The world has been saturated by plastic and the situation is getting worse, but Truelove finds small victories every day – from the people he meets to the studies he reads to legislation passed to address plastic waste.

“Every little bit is worth fighting for,” he said. “The things that change our world for the better, they start small, you know? I don’t know if I will feel those benefits in my lifetime, but every incremental step you can make is a worthy one.” 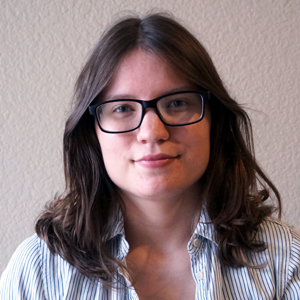 Alison Cutler grew up in Tucson and expects to graduate in December 2020. A reporter for Cronkite News, she has previously reported on environmental issues in national parks and the impacts of the government’s “zero-tolerance policy” along the southern border.