CORRECTION: A previous version of this story mischaracterized the status of COVID-19 cases in the facilities. The numbers cited are cumulative cases. This story has been updated. A full description of the correction can be found here.

PHOENIX – La Palma Correctional Center, a privately run immigration detention center in Eloy, has recorded the most COVID-19 cases among immigration detainees in the country.

Immigration and Customs Enforcement officials confirmed the first case of COVID-19 at the center on April 6. On May 30, at least 76 undocumented immigrants had tested positive for COVID-19. As of Oct. 7, ICE had reported 400 cumulative cases. That’s the most for any federal immigration facility in the nation, followed by Atlanta Field Office Stewart Detention Center with 360.

La Palma Correctional Center has 26 confirmed COVID-19 cases “currently under isolation or monitoring,” according to the ICE website.

Dulce Granados of Phoenix said her husband has been detained at La Palma for more than two years, and she fears he could get infected by the novel coronavirus that causes the deadly disease.

CoreCivic runs La Palma Correctional Center, which can house 3,060 detainees and is one of two ICE facilities in Eloy, south of Casa Grande. COVID-19 also has been confirmed at Eloy Federal Contract Facility, with 252 cumulative cases and one current case, according to the Oct. 7 ICE report. In addition, there were 66 cumulative cases reported at Florence Detention Center and 27 at CCA Florence Correctional Center.

“ICE failed to test detainees. They have deported even immigrants that have tested positive for the virus,” Price said. “I think it’s hard to get more specific here because we don’t know what they’re not telling us and so that’s a really big problem.”

In an email Yasmeen Pitts O’Keefe, an ICE spokeswoman, said the health and safety of the detainees is one of the agency’s highest priorities.

“Recently, ICE was able to expand testing to the La Palma Correctional Center,” Pitts O’Keefe said in a statement. “This testing was part of expanded saturation testing, which included over 1,000 detainees, most of whom were asymptomatic, meaning they were not actively exhibiting symptoms.”

Advocates for the fair treatment of immigrants have criticized ICE’s handling of the COVID-19 pandemic in their facilities.

Florence Immigrant and Refugee Rights Project, an Arizona organization that provides legal assistance to detained immigrants, said authorities have done a poor job of containing the virus,infected more than 223,000 Arizonans and killed more than 5,700.

Laura St. John, legal director for the Florence Immigrant and Refugee Rights Project, said it is unconscionable that immigrants are trapped in detention as the virus continues to spread.

“For months, we have called for people in immigration detention to be released because we feared that exactly this would happen,” St. John said. “The government either does not have the interest or the ability to contain this virus inside detention centers, and people’s lives are on the line.”

CoreCivic, headquartered in Tennessee, contracts with ICE to detain immigrants battling in court or awaiting deportation.

Ryan Gustin, manager of public affairs for CoreCivic, said in an emailed statement that COVID-19 has created extraordinary challenges for every detention system in America.

“We have rigorously followed the guidance of local, state and federal health authorities, as well as our government partners,” he said. “We have responded to this unprecedented situation appropriately, thoroughly and with care for the safety and well-being of those entrusted to us and our communities.” 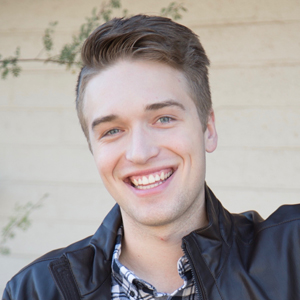 Spencer Hardenbergh is a Massachusetts native who expects to graduate in December 2020. Hardenbergh has worked mostly in sports journalism and has anchored multiple live broadcasts and reported on many Arizona teams.