President Donald Trump denies it, Arizona Republicans largely ignored it but state Democrats pounced on it – a New York Times report this week that the president paid as little as $750 in federal income taxes in 2016 and 2017.

“These reports show that Donald Trump is one of the biggest con artists in American history,” said Rep. Raul Grijalva, D-Tucson, in a statement. “Behind the smoke and mirrors of television shows and magazine articles, he’s nothing more than a failed businessman who has taken advantage of a rigged tax code to avoid paying income taxes.”

That was a typical reaction to the Times story, which said that besides paying just $750 in 2016 and 2017 – the year Trump ran for president and his first year in office – the president paid no income taxes in 10 of the 15 years before he became president.

Trump, unlike every other president of the last 50 years, has refused to release his tax returns, saying he is being audited by the Internal Revenue Service and that prohibits the release of his taxes – something tax experts have said is not true. But the Times said it based its report on documents provided by people “who had legal access” to it.

That led some Republicans to call for a criminal investigation of the source of the documents. That claim was picked up by Trump, who also blasted the Times report as “totally fake news.”

The Times said the president was able to avoid taxes by claiming huge business losses in some years. Those losses also allowed him to claim a $72.9 million refund from the IRS, which is currently under investigation, the Times report said.

Jonathan Frutkin, a founder and principal at Radix Law in North Scottsdale, said that while there are “very few people that are a part of the top 1% that pay almost no taxes … it’s also not unheard of either.”

The Times said most of Trump’s losses were tied to his business ventures, but that he got a financial boost in recent years from marketing his name as a celebrity, in affiliation with reality TV shows like “The Apprentice.”

The National Priorities Project said that the average Arizonan paid $11,786 in federal income taxes in 2017, the year Trump reportedly paid $750.

The Times report sparked an angry response from the Arizona Democratic Party, which said in a statement that Trump “seems to think he can play by a different set of rules than the rest of Americans.”

“While Arizona’s hard-working teachers, nurses, and firefighters were paying their fair share, Trump exploited loopholes to pay just $750 in federal income taxes,” the party statement said. It added that he did so while pushing tax cuts that “overwhelmingly benefited the wealthy and well-connected like himself.”

Grijalva said the report shows that Trump “has nothing in common with the workers and small businesses who are the heartbeat of this nation and actually pay their share of taxes.”

Most members of the state’s congressional delegation did not respond to request for comment on the report. Rep. Ann Kirkpatrick, D-Tucson, tweeted a link to the Times story, while Rep. Debbie Lesko, R-Peoria, retweeted the president’s son, Eric, who called the story “disgusting” and “a sham.”

Grijalva said the report points up the need for the president to open his tax records, a call echoed by Rep. Greg Stanton, D-Phoenix.

“These reports show why Donald Trump has refused to release his tax returns: Not only does he not actually pay income taxes, there are serious questions that he may have committed tax fraud,” Stanton said in a statement, adding that the financial problems spelled out in the story raise “significant glaring national security concerns.”

Frutkin said the president’s financial situation may be fraught. But noting the amount that Trump appears to have earned from endorsements, his financial future does not appear to be dire.

“When you look at rich people’s taxes, it’s always a little bit complicated and we don’t know a lot of things here,” Frutkin said. “But what we do know from the New York Times analysis is that he has made an awful amount of money off his image and I have a feeling that even if he loses in November, he’s still going to be a winner come next year.” 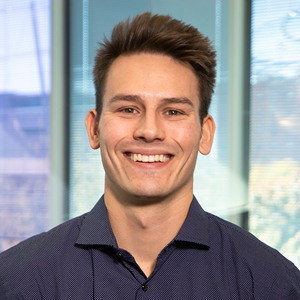