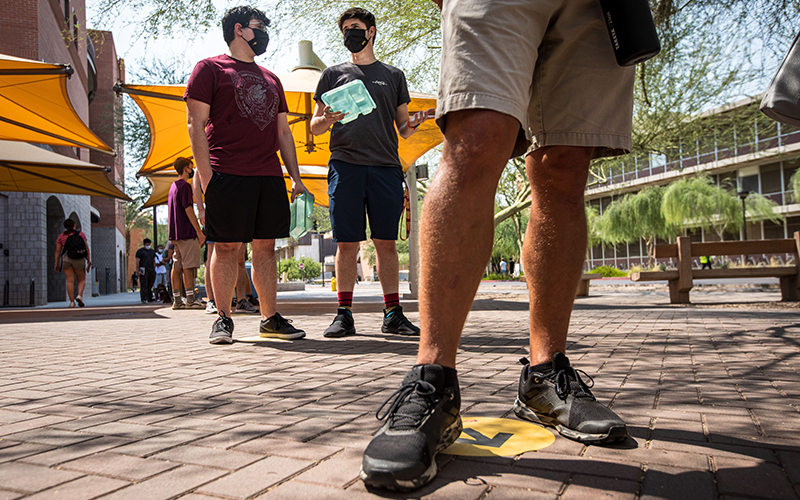 TEMPE – Arizona State University President Michael Crow told students Thursday that the school is prepared to go remote if needed, and they were working to address the spread of illness. During the hourlong online forum, students from across the university’s campuses raised concerns ranging from their medical privacy to tuition refunds if in-person instruction is canceled.

According to Crow, ASU is ready to transition to an almost completely online learning environment, with only select classes being conducted in person. This comes after the university introduced its ASU Sync remote learning program in the spring.

One student asked whether the school would refund a portion of student tuition in the event the campus goes to remote instruction again.

“The system, if anything, is spending more energy and more resources to support the students,” Crow said, citing an increase in ASU’s spending and a decrease in revenue as the main reasons behind the decision not to refund tuition.

As of Sept. 2, the university had 983 positive COVID-19 results out of 43,425 tests conducted since Aug. 1, according to the most recent ASU figures, which were released Thursday.

“We’re trying to slow the rate at which the virus is spreading into housing,” Crow said. “It is flat as opposed to diminishing.”

Classes for the fall semester began Aug. 20, with students given a choice of either in-person or remote instruction. Those who live on campus began moving in earlier in the month.

An anonymous watchdog account on Twitter, ASUcovidTracker, has voiced criticism of Crow’s leadership and ASU’s response to the COVID-19 pandemic. The account has been independently tracking cases and has started releasing the data it has collected.

We will also begin to release the data collected in our Community Tracking Survey which can be found here: https://t.co/QXDmeDALVW

During the forum, concerns also were raised with ASU’s daily health checks and the privacy of students’ data. Students, staff and faculty are required to fill out a daily survey of their symptoms if they plan to head to an ASU campus.

Crow reaffirmed that ASU is dedicated to protecting the privacy of students, and as a result, has not revealed which on-campus residence halls have positive cases. All information collected in the daily health checks are private and unidentifiable, he said.

Crow said he believes the university’s efforts are working, and he is optimistic about the future.

“We’re certainly hearing positive things from students, where we have our issues right now is just trying to make sure that we can keep the number of cases from accelerating.”