By Jamie Fields and Katie Surma/Howard Center For Investigative Journalism

The emergency tent shelter in Arcata, California, shown on April 19, helps unsheltered people gain access to medical and other services during the COVID-19 pandemic. (Photo courtesy of Arcata House Partnership)

This story was supported by the Pulitzer Center.

Allie Smith was three months shy of high school graduation when the COVID-19 pandemic hit and students were sent home to finish the year remotely. The problem is, Smith doesn’t really have a home.

The 18-year-old is one of an estimated 1.5 million students classified by the U.S. Department of Education as homeless because of unstable living situations. Smith grew up in New Castle, a rural town of almost 22,000 in western Pennsylvania, bouncing from group homes to foster care in between stints living with her mom, dad and other family members.

Doing school work at her dad’s house was difficult. For the first couple of weeks, Smith did not have internet access, and she was expected to watch her younger siblings, who also were home from school. Smith just wanted to focus on finishing high school and starting at Penn State University in the fall, becoming the first in her immediate family to attend college.

“It is stressful trying to figure out where am I going to be?” said Smith, who has since lived with her sister and then her aunt. “Or how can I figure this out?”

Smith wanted to use her experience to help other homeless students, so she joined the Youth Homelessness Committee, a student group that works with the Western Pennsylvania Continuum of Care to reduce youth homelessness. Continuums of Care are regional or local planning bodies that coordinate homelessness efforts for the U.S. Department of Housing and Urban Development, the main federal agency overseeing programs for the homeless. 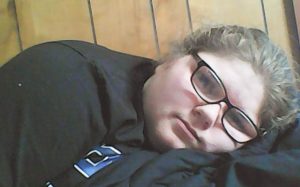 Allie Smith, shown in this July 24 selfie, shuttles between her aunt and sister in rural Lawrence County, Pennsylvania, during the COVID-19 pandemic. Because her living situation is unstable, the 18-year-old is one of an estimated 1.5 million students considered homeless by the U.S. Department of Education. (Photo courtesy of Allie Smith)

Rural homeless people, especially students, are largely invisible, and estimates of their numbers vary. For example, HUD estimated in 2019 there were about 100,000 homeless people living in rural America. But that same year, the nonprofit Institute for Children, Poverty and Homelessness reported the number of homeless students alone was more than 162,000.

“We have hidden homelessness because so many people that live in rural areas are not visible to the general public,” said Dan Treglia, an expert in policy solutions for homelessness and poverty at the University of Pennsylvania. “I think rural homelessness is often overlooked.”

The U.S. Centers for Disease Control and Prevention has noted that rural Americans, in general, may be at higher risk of severe illness from the coronavirus because they are older, have higher rates of chronic disease and are more likely to have a disability. And rural homeless people have inadequate access to health care or transportation to an ever-decreasing number of hospitals.

According to the CDC, the nation’s leading public health agency, more than 170 rural hospitals have closed since 2005. In addition, it said, “many rural hospitals have a limited number of hospital beds, ICU beds, or ventilators, which can affect their ability to treat patients with COVID-19.”

“There’s been a dramatic loss of hospital beds in rural areas, which, by the way, house things like prisons where there’s a lot of outbreaks,” said Dr. Margot Kushel, a nationally recognized homelessness expert at the University of California, San Francisco.

“To everybody who lives in a rural area, you are not immune or protected from this virus,” she said in an interview with CNN.

Smith’s plight illuminates one of the side effects of COVID-19 for rural homeless people. Students who were forced to work remotely may not have had a computer or internet access.

Wendy Kinnear, regional coordinator for Pennsylvania’s Education for Children and Youth Experiencing Homelessness Program, said lack of internet access was the biggest problem for rural students in her region.

Being homeless only compounds that.

“The virtual learning experience has not been equitable for all students because some students do not seem to do well with it, especially when they are transient, living in hotel rooms or moving frequently,” she said.

Kinnear addresses the needs of homeless youth in her region as part of an Education Department program mandated by the McKinney-Vento Act, which guarantees homeless students the right to enroll in public school and remain at the same school even if they move outside the district. The law also guarantees students access to school transportation, if needed, and help with purchasing items like backpacks, school uniforms and hygiene kits.

School closures due to COVID-19 made it hard for staff members to keep in touch with homeless students and their families, Kinnear said, and that meant students may not receive meals, basic health care and other critical services. 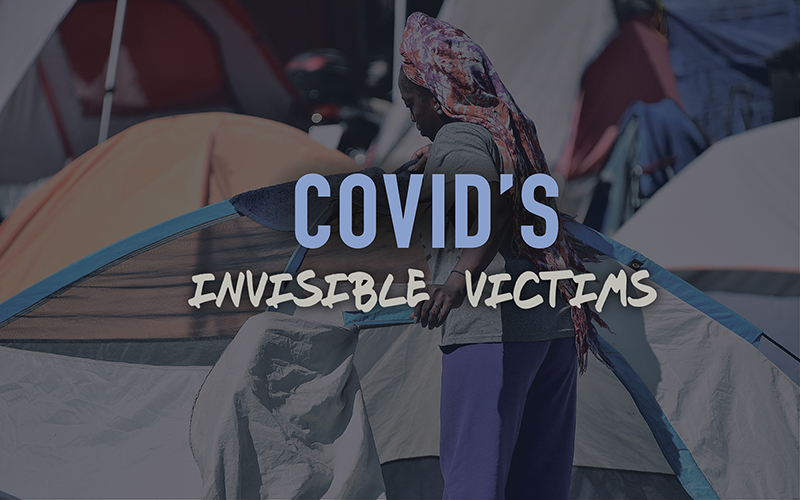 “We have 122 school districts in our Continuum of Care,” said Ciarra Karnes, coordinator for the Western Pennsylvania Continuum of Care, “and the liaisons are saying that not only do they know there’s an increase in homelessness among the youth population, they also can’t find a lot of the youth because the youth are couch-hopping and they have no idea how to figure out where they are.”

That state of flux also makes it difficult for schools to ensure homeless students are keeping up with their course work.

“You can only imagine the kind of implications for learning that couch-surfing has,” said Alva Ferdinand, deputy director of the Southwest Rural Health Research Center at Texas A&M University. “I mean, how do you really get into the groove of homework, online tasks, learning and studying if you’re not stably housed?”

Some college students in rural areas also have struggled since student housing was shut down last spring because of COVID-19, homeless advocates say.

“They are living in their cars, and they come here for meals. They come here for a food box but they didn’t move in,” said Todd Carter, the development director for Hospitality House, a homeless shelter system that serves seven counties around Boone, North Carolina, part of historically impoverished Appalachia.

HUD reported that in 2019, up to half of all homeless youth not in families were unsheltered, and the majority were between 18 and 24.

Of homeless families with children in the Northwest North Carolina Continuum of Care in Appalachia, nearly three-quarters of those families were unsheltered, according to HUD data.

Advocates believe these numbers are low because people have to be visible to be counted.

“We have people across Idaho that are staying in riverbeds and canyons, in caves, in the deep forest,” said Brady Ellis, vice president of Housing Support Programs at Idaho Housing and Finance Association. “So it can be very challenging to identify those individuals out there.”

In addition, numerous definitions of who qualifies as homeless in America have caused confusion.

The Department of Education defines homeless youth to include those who are couch-surfing or sharing housing with others, commonly referred to as being “doubled-up.” Most students considered homeless by the department fit this category.

HUD generally defines homelessness as people or families who lack “a fixed, regular, and adequate nighttime residence,” as well as those in imminent danger of losing their homes. But it considers those in unstable housing to be homeless only if they are 24 or younger.

“I think the Department of Education and local departments and boards of education are trying to understand who has unstable housing and who needs resources available,” he said, “whereas homeless service systems need to know kind of who is literally homeless, who has literally no other place to stay.”

Nonetheless, Kinnear said, the definitions confuse families, youth and even school staff members, who may be familiar with HUD’s definition but unaware that a student could qualify for Education Department help if they’re living doubled-up.

“It also can create some push back from the community when people ‘have a roof over their head’ but children are allowed to remain in their school of origin, have transportation, get uniforms, free meals, etc.,” she said in an email.

Complicating access to services for rural homeless people has been a shift in federal policy away from temporary shelters toward permanent housing, which has affected the funding shelters receive.

“Several years ago, there was a huge move away from supporting transitional housing,” said Vanessa Fry, interim director of the Idaho Policy Institute at Boise State University.
“Funding was moved. Prioritization moved to permanent supportive housing.”

The end result is that there’s a scarcity of shelters in rural areas, said Cathy Alderman, vice president of communications and public policy at Colorado Coalition for the Homeless.

“A lot of shelters are no longer being funded by the emergency solutions grant, ESG funds, because the priorities really shifted there,” Karnes said. “I know in other counties, the shelter just shut down and it may have been the only shelter in that county serving the homeless population.” 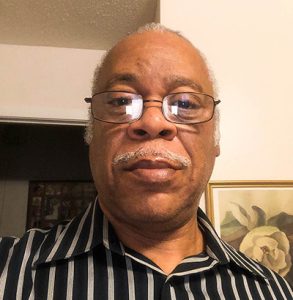 George Bacon, 63, shown in a 2019 selfie taken at his mother’s house in Greenville, Mississippi, before they both contracted COVID-19. After his mother was released and she moved back home, Bacon needed to find shelter that wasn’t too far away. (Photo courtesy of George Bacon)

For rural shelters still operating, it’s difficult to get sufficient funds to cope with the pandemic. According to a study by the National Alliance to End Homelessness, rural shelters are least likely to report receiving state, local or foundation funding for COVID-19 efforts. And the majority of rural shelters that responded to the alliance’s survey had major shortages of personal protective equipment, hand sanitizer, cleaning supplies and COVID-19 test kits.

Leaders at two rural shelters said their organizations are receiving hundreds of thousands of dollars from Congress, but they fear the funds won’t get them very far. One is a Northern California shelter that’s part of the Continuum of Care in Humboldt County, which has the highest per capita rate of homelessness in the state.

“The resources that are in Northern California are kind of slim-picking with COVID-19 hitting,” said Donnie Settles, 27, who was shut out when his overnight shelter in Eureka closed to anyone not inside at the time social distancing policies were enforced.

After five weeks of sleeping in hotels and under the stars, Settles found a tent shelter organized by Arcata House Partnership with the city of Arcata for the area’s unsheltered homeless population.

In late May, Bacon had nowhere to go after his 90-year-old mother was hospitalized with COVID-19. Because he, too, was infected, Bacon said he had to move out of the home they shared when she returned from the hospital.

Finding a shelter proved difficult in his Mississippi Delta town of 29,000. Its one homeless shelter had no availability, said Bacon, a former Army medic. He considered traveling two hours to Jackson to find a shelter but couldn’t get a guaranteed bed and didn’t want to be that far from his mother.

In June 2020, contacts at the Department of Veterans Affairs connected Bacon with Mississippi United to End Homelessness, which put him up in a motel. The organization eventually moved him into a studio apartment through a rapid rehousing program for veterans. He was assigned a case manager, and the agency will help with his rent until he’s able to take over the payments.

“I don’t call those dark days,” Bacon said in an interview with the Howard Center. “They were transitional days, because what don’t kill you only makes you tough.”

This project was supported by the Pulitzer Center and produced by the Howard Center for Investigative Journalism at Arizona State University’s Walter Cronkite School of Journalism and Mass Communication. The Howard Center is an initiative of the Scripps Howard Foundation in honor of the late news industry executive and pioneer Roy W. Howard.
Contact us at [email protected], visit us on Twitter @HowardCenterASU.