Kristin Urquiza films a video message. The Arizona native, whose father died June 30 of COVID-19, blames state and national leaders’ handling of the pandemic for the death, which she said she could have been prevented. She took the message to the Democratic National Convention Monday. (Photo courtesy of Kristin Urquiza) 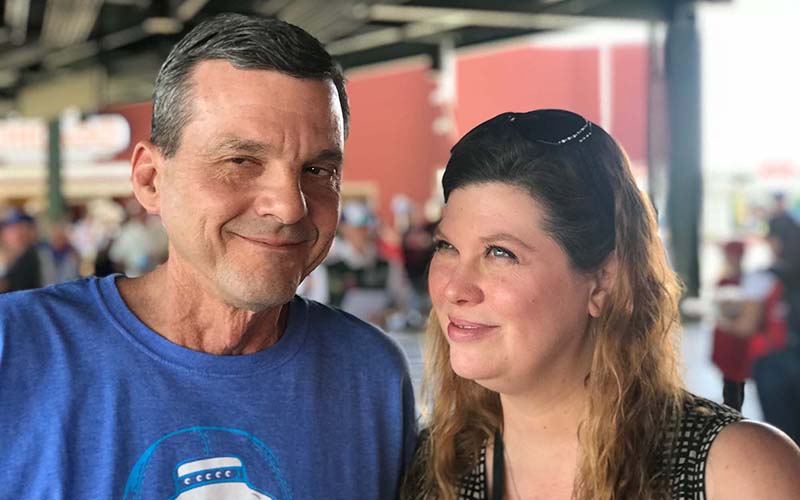 Jeff Jeans and his wife Lee at a Cubs’ spring training game. Jeans was a conservative Republican who became an advocate for the Affordable Care Act after he lost his insurance and was diagnosed with stage-4 throat cancer. The health care law allowed him to get treatment and beat the cancer. (Photo courtesy of Jeff Jeans) 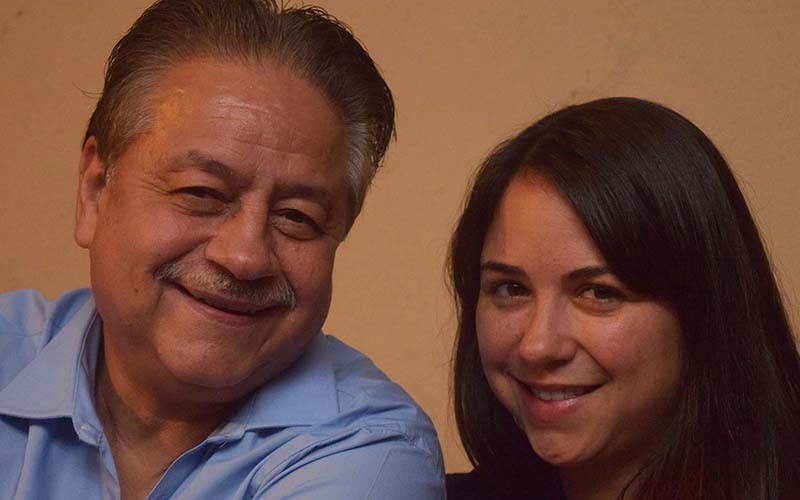 The late Mark Anthony Urquiza and his daughter, Kristin, in an undated family photo. The Maryvale resident died June 30 of COVID-19, a death his daughter blames on a lack of leadership by elected officials who she said have mishandled the reponse to the pandemic. (Photo courtesy of Kristin Urquiza)

When Arizona native Kristin Urquiza wrote her dad’s obituary after his June 30 death from COVID-19, the Democratic National Convention was probably the furthest thing from her mind.

But that’s where Urquiza found herself Monday night, telling a national audience that her dad’s “only pre-existing condition was trusting Donald Trump, and for that, he paid with his life.”

Urquiza is one of two Arizonans bringing their personal struggles with health care under the Trump administration to the convention. Sedona resident Jeff Jeans, once a staunch opponent of the Affordable Care Act, is scheduled to speak Tuesday about how Obamacare saved his life after he was diagnosed with Stage-4 throat cancer.

“I sat in the hospital bed and cried because the things that I thought were important in my perceptions of the health care system and politics were so wrong,” Jeans said Monday, reflecting on his cancer treatment in 2012.

The speeches come at a convention where Democrats are highlighting what they call Trump’s failures in handling the COVID-19 pandemic that as of Monday had killed 169,350 in the U.S. and 4,506 in Arizona. Almost 5.4 million Americans, and 194,005 Arizonans, had tested positive for the disease.

The coronavirus is just one of the health care issues in the Democratic platform, which also calls for an expansion of Medicaid and a reversal of GOP efforts to undo Obamacare. 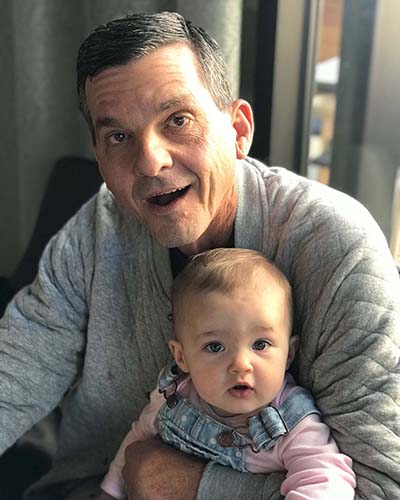 Sedona resident Jeff Jeans holds his granddaughter. Jeans, who was diagnosed with stage-4 throat cancer at age 49, said the without coverage under the Affordable Care Act he would not have survived to see his grandchildren. (Photo courtesy of Jeff Jeans)

Urquiza, a former Maryvale resident, said she did not set out to become an advocate after the death of her father, Mark, but she has embraced the role.

“I did not at all expect it to gain as much attention as it did,” she said before her brief virtual address to the DNC Monday. “For me, it was not a controversial obituary. It was just me sharing the truth.”

That obituary blamed a failure of leadership by Trump and Arizona Gov. Doug Ducey for her father’s death.

“From the moment my dad became ill with coronavirus, I could trace back to the exact policy decisions and media
communications that both Gov. Ducey and President Trump had taken,” Urquiza said.

Urquiza said in the weeks since her father’s, she has learned of tens of thousands of people like her who related to her story. Many have even reached out to her.

While Urquiza gained friends through her activism, Jeans said he lost some of his longtime friends when he became an advocate for Obamacare.

It was a departure for Jeans, a staunch conservative who had worked on the presidential campaigns Ronald Reagan and George H.W. Bush. He was no fan of Obama’s in 2008. But that began to change when Jeans lost his job – and his employer-provided health insurance – in 2012.

Then he lost his voice. He was diagnosed with stage-4 throat cancer.

With no insurance and a pre-existing condition, Jeans said, “They were just going to let me die. I was 49 years old. I had no grandchildren at that time.”

But Jeans applied in March for a pre-existing condition insurance plan through the Affordable Care Act, and by April 1 he had coverage and was receiving the chemotherapy and radiation that saved his life.

Jeans, now cancer-free and with three grandchildren, volunteers with the American Cancer Society, and continues to speak out about “misguided ideas” about the health care system. But his speech Tuesday will be the first time he has spoken about his support for former Vice President Joe Biden, who he views as a man who understands cancer patients and survivors.

“He understands the healthcare system because his family was so entwined in that,” Jeans said of Biden, whose son Beau died of brain cancer in 2015.

That some friends have distanced themselves from him doesn’t matter because he’s been able to help people with cancer, “which, to me, means more than anything in the world.”

She has worked with people from Texas to New York, from Iowa to Arizona to “stand in solidarity of this call for a coordinated response to this pandemic” by the nation’s leaders.

“It just demonstrates that I’m not alone and that literally tens of thousands of people across the country are yearning for some sort of direction and leadership to show them how to be able to not only raise their voice but to keep themselves and their communities safe,” she said.