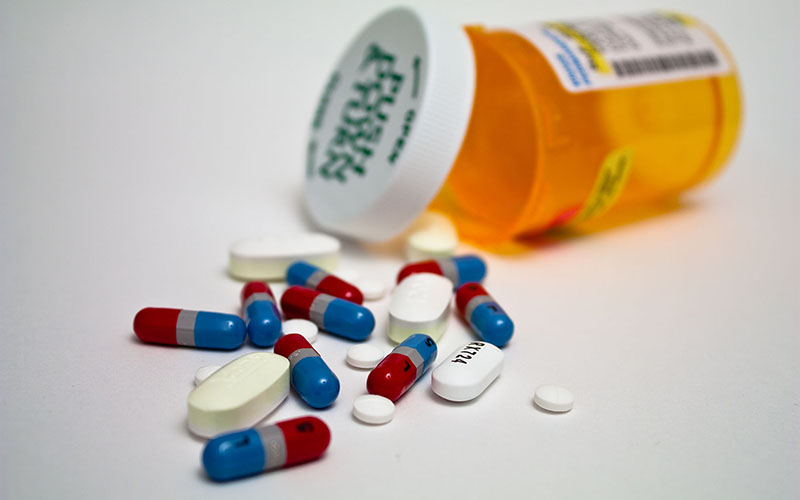 Health officials in Arizona, like other states across the country, said they have seen increases in suicides and overdose deaths in recent months. That has left them asking if those deaths might be linked “to the isolation and loneliness” from COVID-19 restrictions. (Photo by ep_jhu/Creative Commons)

PHOENIX – As social distancing and isolation continue throughout the COVID-19 pandemic, many states across the country are reporting an increase in reported drug overdoses and suicides, including Arizona.

The Arizona Department of Health Services has observed an increase in deaths due to suicide and drug overdose during the COVID-19 epidemic, according to Dr. Cara Christ, the department’s director.

“We are seeing an increase in drug overdose and in suicides, not just here in Arizona but nationally. Could some of that be associated to the isolation and loneliness? That was one of the things that we were worried about,” she said during a July 16 news conference.

Arizona health officials declined requests for further comment on the subject. While publicly available data reveals that in Arizona there had been 48,120 suspected opioid overdoses between June 15, 2017, and Aug. 7, 2020, the health department does not share data that isolates the number of suicides since the start of the pandemic.

Nationally, there had been a 17.59% increase in drug overdoses from March 19 to May 19, as reported by the Overdose Detection Mapping Application Program.

Health officials in other states, such as Illinois and Washington, are voicing similar concerns, as the number of incidents continues to grow.

In a report released July 8 by the San Diego-based laboratory Millennium Health, an analysis of 500,000 urine drug tests found that there was an increase in the national usage of four drugs: non-prescribed fentanyl, methamphetamine, cocaine and heroin.

“Technologies like the ODMAP program help us understand emerging data on both fatal and nonfatal overdoses in various regions in the country are really helping us get an earlier view of where there may be clusters of overdoses,” said Dr. Wilson Compton, the deputy director of the National Institute on Drug Abuse, a federal scientific research institute.

“We certainly have data from years of multiple studies showing that social isolation and social stress plays a significant role in relapse. And so, to the extent that relapsing to drug use can play a role in overdose, that’s a very likely pathway,” Compton added.

Many rehabilitation facilities have had to adapt practices to prevent the spread of COVID-19. Terros Health, a health care facility that specializes in mental health and substance abuse treatment, released guidelines for both patients and employees.

One protocol the facility is taking is spacing individuals 6 feet apart during group meetings, which are common for those in recovery. Some meetings are also being held outside.

The psychological effects of isolation and loneliness have been well-documented, but the effects of such stresses during a pandemic are still in the early stages of study.

A study in China found that nearly 54% of 1,210 respondents “rated the psychological impact of the outbreak as moderate or severe,” while a Kaiser Family Foundation survey in April found that 45% of adults in the United States said their mental health has been negatively impacted during the pandemic.

Stress, isolation, and loss of employment are some of the many reasons health officials believe there will be a continued increase in overdoses, said Adm. Brett P. Giroir, the assistant secretary for health at the U.S. Department of Health and Human Services.

“COVID also affects those who are highly vulnerable, minorities, Native Americans, Native Alaskans, people who we know because of the social determinants also bear a lot of the disproportionate burdens of substance abuse,” Giroir said during a July 23 virtual discussion presented by the University of Southern California’s Institute for Addiction Science.

Compared to overdoses, the exact number of suicide increases during the pandemic is less documented due to the lag in data.

During a news briefing in May, President Trump remarked on the increase in overdoses, comparing the number of deaths to COVID deaths. “You could make the case it’s in even greater numbers,” he said.

“It has to be extracted from many different sources. You kind of have to get down to the county or the city level,” he added.

TBD Solutions, along with the American Association of Suicidology, the Crisis Residential Association and the National Association of Crisis Organization Directors, has published two COVID-19 impact surveys, in which the concerns of behavioral health crisis workers were documented.

“The complexity of calls, or conditions that people are presenting to these levels of servicing has increased,” Atkinson said.

In Arizona, the latest statistics for suicides are from 2019, and Atkinson said it often takes a year or two for such data to be available.

However, programs such as ODMAP are continuing to collect data until official statistics are released by state or federal governments, providing an ongoing way to understand the impact of COVID-19 on these trends.