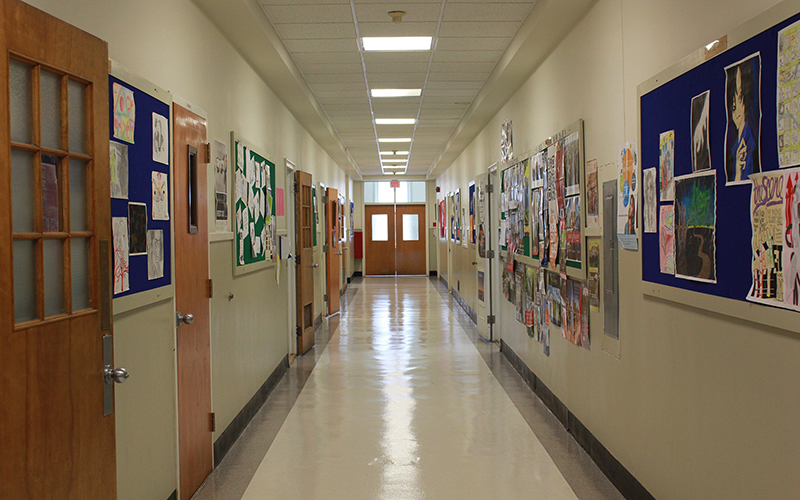 Arizona school districts are starting the year with virtual classes, but have been ordered to have in-school teaching available by Aug. 17 for those families who want or need and that has left school administrators scrambling to come up with plans that educate while protecting student and teacher health. (Photo by SOMANEDU/Creative Commons)

PHOENIX – When Gov. Doug Ducey and Arizona Schools Superintendent Kathy Hoffman ordered state schools to open for some type of in-person instruction on Aug. 17, they gave school administrators the flexibility to design a plan that best suits their districts.

What they didn’t give them were directions on how to plan for what one educator called “pandemic schooling.”

Guidance from health officials on safe school reopenings in the face of COVID-19 may not be released until Aug. 7, leaving school districts, many of which will already be holding classes by then, to figure it out on their own.

“It hasn’t been easy,” said Tucson Unified School District Superintendent Gabriel Trujillo of the struggle to balance the conflicting desires of parents, teachers and students.

What has resulted is a patchwork of approaches, from the Queen Creek Unified School District, which is ready to open its doors to any students who are ready once health officials give the OK, to others like Yuma School District One, where families will have to choose between a range of in-person and online options.

In each case, school administrators are performing a balancing act.

“We had concerns all across the board, there were large populations who were ready to go back, large populations that were not,” said Christine McCoy, communications coordinator for Yuma School District One, who said the “responses were polarizing.”

“We decided it was best to provide options rather than one pathway,” she said.

Reaching that decision, and ironing out any possible kinks, was the work of a task force that included everyone from custodial employees to parents to the superintendent, who brought the perspectives of hundreds to the table, McCoy said. And that plan could still change depending on guidance from health officials.

Trujillo said the plan the Tucson district has devised is “not perfect,” but that no plan is. As Arizona’s second-largest school district and home to over 45,000 students, the plan had to accommodate a wide variety of needs.

“We wanted to stay away from prioritizing the needs, wants and preferences of one stakeholder group at the expense of another,” he said.

That plan was unveiled almost a week before Ducey and Hoffman’s July 23 announcement that schools would have to provide some sort of in-person instruction for families that wanted it, either because the kids rely on school-provided meals or the parents needed to work – or they just want their kids back in school.

Trujillo said his district’s plan still stands, but other districts are having to recalibrate in light of the governor’s order.

Mesa Public Schools had planned to be fully online for the start of the school year, but officials are back “in the brainstorming phase right now” to figure out how to accommodate in-person classes, said Superintendent Andi Fourlis.

“We just need to get additional guidance, and then we need to work with our school-level leaders to see what that will look like,” Fourlis said.

Offline and left out: Not all Arizona students can connect for online learning

She said she and her board are trying to figure out how best to accommodate the district’s roughly 80,000 students.

“We are reinventing the educational model just about every day,” Fourlis said.

While larger school districts face challenges in the numbers, they also often have the resources to provide students and teachers devices for online learning. But that’s little help in districts where families do not have reliable internet at home.

For Yuma School District One families who want to keep their kids home, but don’t have internet service, teachers are preparing packets and workbooks as they did when schools shut down suddenly in spring.

“It will be available, but we don’t want to encourage it unless it’s absolutely necessary,” McCoy said.

So far, more than 60% of Yuma students have said they plan to come back in person, a level at which McCoy said officials are confident students will be able to maintain recommended distances.

As of Tuesday, Trujillo said, around 40% of families in his district had opted for the in-person option. He said the district should be able to keep classrooms at 15 students to maintain safe distancing, but if the number who want to come in person gets much higher than 50%, it may have to bus students to other, less-populated campuses.

“I think when you get to 60% to 75% percent, this plan is going to stretch like a rubber band,” Trujillo said. “It’s going to be a significant challenge to pull off.”

But even if schools keep in-person classrooms small, the overall student population will not change. That could leave teachers stretched between in-person and online teaching, which has school districts looking for extra staff to watch those students who are there in person.

With teachers busy teaching students online, Trujillo said the district will lean on the school workers who may not have a role in the new “pandemic schooling,” including bus drivers, community liaisons and student support coaches.

Despite the challenges and the uncertainty, school officials were certain about one thing – they will make it work for their students, one way or another.

“We are hopeful that whatever the outcome is, we are still going to provide a fantastic education for our kids,” McCoy said.