PHOENIX – As Arizona State University prepares to re-open its campuses in the fall, school leadership has warned students that off-campus parties are subject to the school’s health and conduct policies, which say the university can intervene with off-campus activity if it threatens community health. Some social media users already have responded by asserting students have a right to party.

In his statement, Crow said that even though Arizona has seen a reduction in positive COVID-19 cases, “we must remain vigilant in doing all that we can to continue to slow the spread.”

An anonymous Instagram account named @asu_covid.parties has gained more than 620 followers and has posted about parties returning to ASU. The first post on July 19 declared “no more social distancing. No more masks. It is time to party!” under a location tag for the university, and it has since called COVID-19 “a fat hoax.”

Cronkite News contacted the account, and the account declined a request for comment and declined to identify the account manager, citing safety concerns. When asked for a statement and clarification about the page’s mission, the author wrote, “I don’t have any clarification to make at the moment.”

A university spokesperson told The State Press that leadership is aware of the account, and students who violate the university’s health guidance will be “subject to discipline under the student code of conduct” this fall.

The Instagram account on Tuesday responded to Crow’s announcement Monday saying any action taken against the party planned for the first Saturday of school is “a First Amendment violation.”

“Further, if the University is made aware of social gatherings taking place off-campus purposefully designed to disregard public health protocols, the University will take action,” a university spokesperson said in an email to the State Press.

In his email, Crow encouraged students to wash their hands, wear masks in public and social distance.

As of Tuesday, June 28, the Arizona Department of Health Services reported cases 2,107 new of COVID-19 and 104 new deaths in the state, bringing totals to 165,934 cases and 3,408 deaths since the pandemic began. It said 13,143 tests for COVID-19 have been completed in public and private labs in Arizona, and 12.7% of tests have come back positive for the virus that causes the disease.

Santa Cruz County is using its stimulus money to boost the amount of testing and contact tracing available, according to The Arizona Republic. The county of about 46,000 people has reported the highest infection rates in the state with more than 2,500 cases and 46 deaths Monday.

The Centers for Disease Control and Prevention awarded Arizona $150 million. Santa Cruz County announced the first grant of $1.5 million will go toward purchasing more than 6,000 tests. The pending second grant of $1.1 million will increase contract tracing for the county, reports The Republic.

The Navajo Nation has extended its of emergency through Aug. 16. There were 21 new cases and two new deaths on Monday, according to the Navajo Department of Health. As of Monday, there have been more than 6,500 recoveries for individuals in the Navajo Nation and a death toll of 441 people because of the virus.

“I am hopeful that the numbers of COVID-19 cases in towns and cities near the Navajo Nation will soon begin to flatten,” Navajo Nation President Jonathan Nez said in a statement. There have been 32 consecutive days with less than 100 new cases for the Navajo, according to Nez.

If you have recently recovered from COVID-19, you can help save lives by donating blood and plasma, according to the state.

The state’s website says that this plasma may help the recovery of someone fighting the virus by developing antibodies aiding in recovery. Click here for more information and to schedule an appointment to donate. 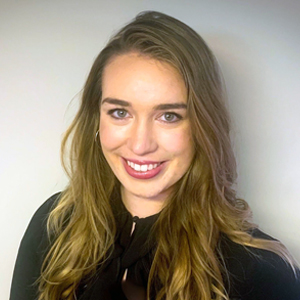 Sara Abbott is a Nebraska native who expects to graduate in August 2020 with a master’s degree in sports journalism. Abbott is a sports broadcast producer for Cronkite News.