Arizona gyms lost their legal challenge to Gov. Doug Ducey’s June 29 order that mandated they close for a month, one of several steps the governor took to reimpose restrictions to check the sharp surge in COVID-19 cases in the state. (Photo by E’Lisa Campbell/Creative Commons)

PHOENIX – A Maricopa County judge on Tuesday refused to block Gov. Doug Ducey’s order closing gyms across the state, ruling that Mountainside Fitness could not show that the abrupt shutdown order violated the law.

Mountainside CEO Tom Hatten said in a statement that the company’s 18 gyms would close at 2 p.m. Tuesday in compliance with Superior Court Judge Timothy Thomason’s ruling, but said he intends to reopen July 27 when the executive order expires.

“I am sorry to announce that we have lost our bid for a temporary restraining order against the state of AZ. As I stated previously, we would comply with the Judge’s orders if we were denied,” Hatten said in a statement posted on the company’s social media.

The ruling came the same day that Arizona set a record for single-day increases in the number of deaths attributed to COVID-19, with 117 new deaths bringing the total to 1,927 for the state. In his ruling, Thomason noted that these are “unprecedented times” when government officials are “being called on to make critical decisions.”

While he praised Mountainside for going “above and beyond” to make its facilities safe from the spread of COVID-19, he said the law, in an emergency situation like this, is on Ducey’s side.

“Certain people and businesses are being hurt disproportionally during this crisis, some in incredibly unfair ways. Mountainside may be one of those businesses,” Thomason wrote. “The Court certainly sympathizes with Mountainside, and its employees and patrons. Sympathy, however, is not a relevant consideration for the Court.”

Hatten and officials with another Valley fitness center, EOS Fitness, had gone to court seeking to block Ducey’s June 29 order that mandated a one-month closure of businesses such as bars, gyms and movie theaters in order to slow the spread of COVID-19. The gyms argued that the closing would cause them irreparable harm and that it violated their due process rights.

Thomason expressed some concern that the only appeal for the gyms is to show they are in compliance with health standards by submitting an Arizona Department of Health Services form – a form that state officials conceded in court does not exist yet. But Thomasen said he expects the state to have that form ready soon, and he said that Mountainside Fitness has “not shown that it will be irreparably injured” by keeping the order in place.

Joel Sannes, the attorney for Mountainside, called the final result “disappointing,” but noted that the judge also ruled that businesses have a right to due process and was pleased with the focus on the as-yet-unavailable AZDHS compliance form.

“The court expects the state to implement some type of process by July 27 for companies like Mountainside Fitness and other fitness centers to show that … they have protocols that reduce the risk of COVID transmission to an extent that they should be allowed to stay open,” Sannes said. “So although it denied our request for temporary injunctive relief, there is a very favorable aspect to the opinion.”

Hatten’s announcement said that Mountainside will not bill any members for July, and all memberships will be paused until they reopen.

As of Tuesday, July 7, the Arizona Department of Health Services reported 105,094 cases of COVID-19 and 1,927 deaths in the state. It said 811,870 tests for COVID-19 have been completed in public and private labs in Arizona, and 11.3% of tests have come back positive for the virus that causes the disease.

Pima County on Monday announced a $10 million, six-month contract with Maximus Health Services Inc. to increase local COVID-19 contact tracing efforts, which includes plans to hire as many as 150 workers.

“The whole goal is to alert, educate, and provide guidance to people who may have been exposed to a case,” Pima County Health Department spokesman Aaron Pacheco said Tuesday. Once a person is found to have an infectious disease, contact tracers work to find everyone hte infectious person has come in contact with in an effort to check the spread of disease.

“It helps that person who was in close contact so that they know about that exposure,” Pacheco said. “By doing that, we then also protect the people who could potentially be exposed to that person if they were to become ill.”

In a press release announcing the deal, Maximus said it will hire people from Pima County for its expansion efforts.

Arizonans under 44 make up majority of COVID-19 cases

As coronavirus cases surge in the state, the greatest increase has come among young people, according to a news release from the Arizona Department of Health Services.

The department reported that of the 101,441 coronavirus cases that had been confirmed in the state as of Monday, more than 62,000 are under age 44. Health Department Director Dr. Cara Christ urged Arizona residents of all ages, but “especially in our 20- to 44-year-olds,” to take precautions such as wearing face masks and maintaining social distancing to slow the spread of COVID-19.

Deaf advocates give away 30,000 clear masks

The Arizona Commission for the Deaf and Hard of Hearing bought 20,000 clear face masks from a company called ClearMasks to give to people who rely on facial expressions and lip reading to communicate, according to a KTAR report.

The Arizona Association of the Deaf also obtained 10,000 clear masks on its own, which the commission will help distribute. Commission Executive Director Sherri Collins told KTAR news that the goal is to raise awareness about how clear masks will reduce communication barriers for those who are hard of hearing as well as those without hearing impairments.

There are many ways to get involved in helping the community while staying safe. The Arizona COVID-19 Community Response Fund is collecting donations to support nonprofit organizations across the state as they provide resources for families affected by COVID-19.

The response fund was created by the Arizona Community Foundation, and 100% of contributions are distributed to nonprofits. According to the ACF website, the organization “is committed to working with other funding partners and community collaborators to move resources quickly and adapt to evolving community needs in order to support gaps not covered by state or federal relief funding.” 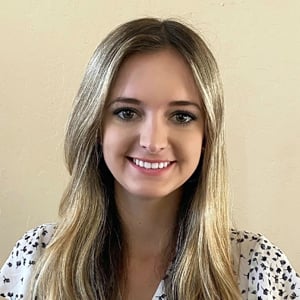 Nicole Soto is an Arizona native pursuing a master’s degree in journalism and a minor in English. She has interned as a breaking news reporter at The Arizona Republic and works as an editor for a Phoenix area magazine.