PHOENIX – Arizona’s number of COVID-19 cases has doubled in the past two weeks to surge past 100,000 confirmed cases, according to the Arizona Department of Health Services. It took from February to June 21 for Arizona to reach 50,000 coronavirus cases; it has taken only about two weeks to double that number.

Gov. Doug Ducey ended Arizona’s stay-at-home order on May 15 and began a phased reopening of the state. That reopening was halted June 29, when a surge in case numbers led to “pausing Arizona’s reopening,” as the executive order was called. The state has closed bars, gyms, movie theaters and water parks, and it has placed limits on the number of people attending public events or congregating at pools, state health officials said.

Phoenix Mayor Kate Gallego said the surge in COVID-19 cases correlates to the reopening of the state more than seven weeks ago.

“We opened way too early in Arizona. We were one of the last states to go to stay-at-home and one of the first to reemerge,” Gallego told ABC News on Sunday. “We had crowded nightclubs handing out free champagne, no masks. Our 20- to 44-year-olds, which is my own demographic, really led the explosion, and we’ve seen such growth in that area. We’re seeing a lot of people go to large family gatherings and infect their family members.”

As of Monday, July 6, the Arizona Department of Health Services reported 101,441 cases of COVID-19 and 1,810 deaths in the state. It said 800,452 tests for COVID-19 have been completed in public and private labs in Arizona, and 11.1% of tests have come back positive for the virus that causes the disease.

The White Mountain Apache Tribe was granted $3 million to respond to COVID-19, KJZZ’s Fronteras Desk reports. More than an eighth of the tribe’s total population tested positive. In response, tribal leaders enforced stay at home orders for two weeks. The reservation is currently closed, but in the meantime, the tribe is working to use their federal funding to build eight transitional housing units for quarantining purposes.

As COVID-19 cases spike and continue to rise, travel to and from Europe is currently restricted in the United States. The Daily Independent reports that in 2018, 10% of the state’s 5.9 million visitors hailed from Europe, which means tourist destinations like the Grand Canyon are expected to face financial shortfalls this season.

The mayor of Sonoyta in Mexico, José Ramos Arzate, issued a statement Saturday “inviting U.S. tourists not to visit Mexico,” the Associated Press reported. Residents in Mexico briefly blocked the road with cars to prevent entry to the route to the seaside resort of Puerto Peñasco, also known as Rocky Point. The mayor wrote that people from the United States should only be allowed in “for essential activities” and said the checkpoint and inspection point at the Sonoyta-Lukeville border crossing will continue operating.

COVID-19 funds on the Navajo reservation

Navajo President Jonathan Nez says the tribe has approved the use of $40 million in federal funds to pay frontline workers, provide personal protective equipment and disinfect facilities on the reservation. In a tweet Sunday, Nez noted that leaders also vetoed the use of $55 million in funding for chapters citing the need for CARES funding to be spent before it expires at the end of August. 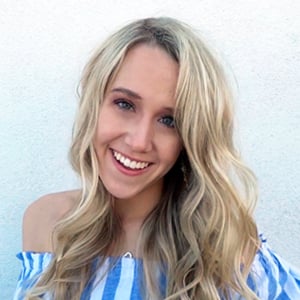