PHOENIX – Waves of protests, rolling across Arizona in the past several days like a tributary in a national unleashing of fury and grief over the deaths of black people at the hands of police, kept flowing Tuesday night.

Hundreds gathered downtown in what has become a familiar place – in front of Phoenix police headquarters.

State Rep. Reginald Bolding, speaking of the family of Dion Johnson, who was killed in a Memorial Day encounter with an Arizona state trooper, said law enforcement needs training, accountability and transparency to move forward. Johnson died the same day as George Floyd, whose death at the hands of Minneapolis police ignited protests around the country.

Johnson’s last minutes aren’t known because Department of Public Safety troopers have not been issued body cameras. But in Minneapolis, video from onlookers, many of them pleading with police to heed Floyd’s plea of “I can’t breathe,” captured the 8 minutes and 46 seconds of pressure officers placed on Floyd’s back and neck.

The protests also come a few months after the Phoenix City Council backed reforms calling for the creation of an entire agency for civilian oversight of police and a community outreach system. A viral video of police behavior led to that decision as well.

Gov. Doug Ducey on Sunday declared a statewide emergency and called for a curfew after the weekend looting and vandalism at Scottsdale Fashion Square, a magnet for high-end shoppers in a city where the median income is $85,000. According to news media reports, some people decided to take their anger to an affluent area.

'I can't breathe': Protesters take to the streets of Phoenix

Lane said he had planned to implement a city curfew that would have put discretionary power in the hands of the chief of police.

“The only thing I did with it specifically is to make sure we kept it as confined as possible,” he said. “We don’t want to put any further burden on our population.”

The order exempts businesses and has other limits. Still, some Arizona businesses closed by the 8 p.m. curfew and at least one business in the Scottsdale Quarter that had recently reopened after the pandemic shutdowns closed this week as a precaution.

During a Monday night protest outside of Phoenix police headquarters downtown, protesters began to chant “Take a knee,” urging officers to show their solidarity with the protesters. A handful did.

“It was a pure expression of peace,” Police Chief Jeri Williams told azfamily.com after the protest.

Some protesters on social media said the gesture was a sign of connection and solidarity between police and the community, while others questioned whether it was genuine or manipulative.

Bolding, a Democrat who represents downtown Phoenix, south Phoenix, Tempe and Laveen, said the gesture was a good one, but it will take policy changes to get the country to a place where people of color will feel safe.

“It was a good shot for photographers and it was a talking point,” he said. “The reality is: no kneeling, no statement, no letter is enough. I appreciate the kneeling from the police department – it shows humility – but what we need is policy change.”

Bolding said one policy that needs to change is equipping DPS officers with body cameras, which would be funded in Ducey’s budget for next year. Body cams are used by several law enforcement agencies, including Phoenix police.

“We have an obligation as a government to provide as much transparency as possible and this case is not getting that transparency,” Bolding said of the Johnson case.

The Johnson family released a statement saying they do not condone the violence that resulted from the protests, but they are demanding more answers, according to 12news.com.

“A lot of questions unanswered,” Erma Johnson said Friday night. “A lot of things that I would want to know that happened to my son in the last minutes of his life.”

Bolding said the Johnsons are hopeful, “and they truly believe that justice will be served. The things they’re asking for are things any family would want to know, and we have an obligation to provide as much information as we can.” 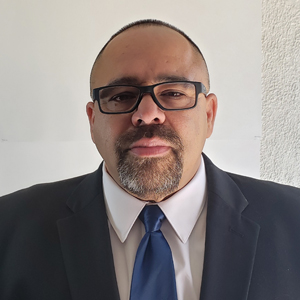 Brian Cano Sr. is a Phoenix native who plans to graduate in May 2021 with a bachelor’s degree in journalism and mass communication.