Schools and businesses aren’t the only ones grappling with fallout from the coronavirus – animal shelters in the state also have been forced to cut hours, and they’ve lost some donations. (Photo by Hannah Carl/Humane Society of Southern Arizona) 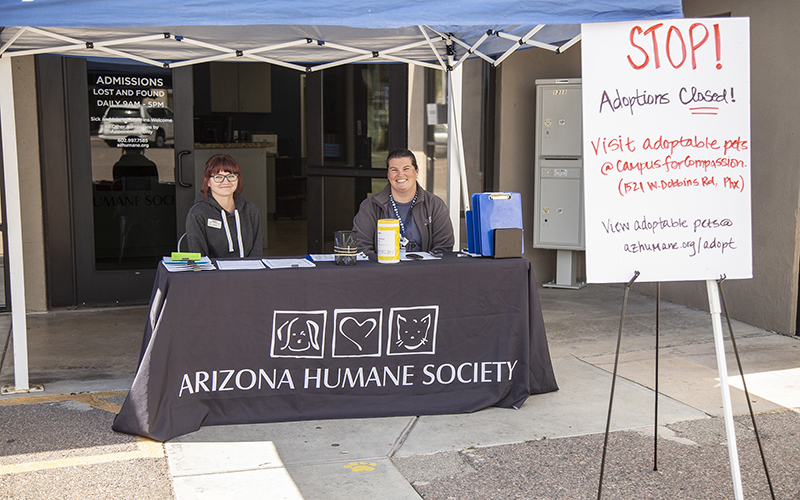 PHOENIX – The spread of COVID-19 has “deeply affected” Arizona animal shelters, which are discontinuing some services, cutting hours and trying to juggle between taking animals in and adopting them out to stretch resources while protecting pets and people.

Humane Society of Southern Arizona CEO Steve Farley said shelters are essential services and that his will continue to operate with all-hands-on-deck “throughout the whole thing, no matter how long it lasts.”

Farley said his group faces the loss of more than a half-million dollars after the coronavirus forced it to postpone its largest fundraising event, while other donations have shrunk. Officials at the Arizona Humane Society are facing similar challenges, scrapping its signature fundraiser that they expect would have brought in $1.3 million, or 6% of its revenue.

Monthly donations have also faltered at the Phoenix-based shelter, which focuses on taking in homeless, sick and injured animals. That makes it a challenge to operate services like rescues, a trauma hospital and intensive care units, said Bretta Nelson, public relations manager for the organization.

“This is a very, very scary time because we rely on donations to keep operating,” Nelson said. “We are very concerned with what this could mean longterm for our pets and our people in our community.”

At the Arizona Animal Welfare League, a no-kill shelter with two locations in the Valley, officials stopped taking appointment adoptions Sunday, and will remain closed for at least another week.

Michael Morefield said that cutback gives the remaining staff time to focus on caring for animals in the shelter. It will still accept returns of animals previously adopted from its shelters, but that has become “a balancing act,” he said.

“We did receive a message from a family saying they have to return their dog that they adopted recently because they both lost their jobs and that is a concern,” said Morefield, the league’s marketing and communications director.

“It’s very unfortunate for the family, but ensuring that we also have all the resources available for any animals that do need to be returned during this time” is a priority, he said.

Not all shelters are cutting back on adoptions – some have seen a spike during the coronavirus shutdown. 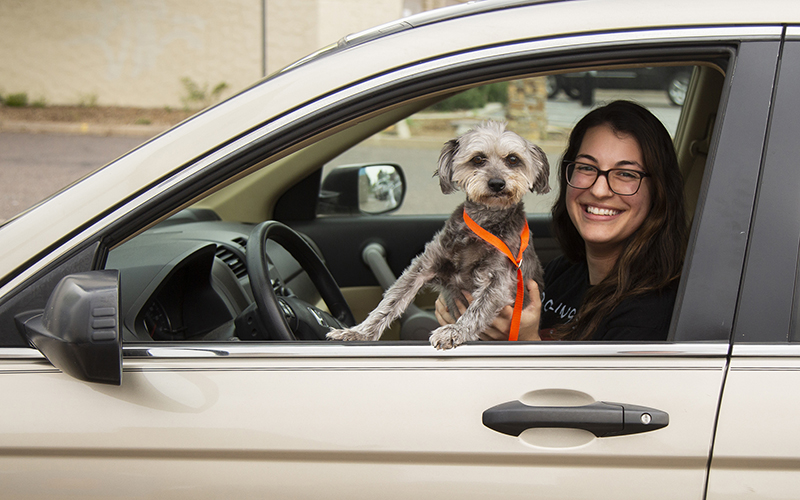 HALO Animal Rescue in Phoenix has seen a 55% increase in dog adoptions compared to this week last year, “likely due to the community’s response to wanting to help with COVID-19,” said Heather Allen, the shelter’s president and CEO. At the same time, it has seen a 68% drop in cat adoptions, which Allen said might be due to a late “kitten season” this year.

But she said people should think about adopting animals during this time. Her shelter temporarily waived adoption fees in order to move as many pets into new homes, before taking an adoption hiatus for at least a week.

“This is to lessen the volume of staff needed in the building and public/social interaction,” Allen said in an email. “We are taking the recommendations by the state and federal officials very seriously in order to best protect our staff, volunteers and the public. To do this, we need to limit the volume of people and the duration of time spent interacting.

“This is one of the hardest decisions I’ve ever had to make,” she added.

Shelters got some support last week when Phoenix Mayor Kate Gallego, Rep. Greg Stanton, D-Phoenix, and Rep. David Schweikert, R-Fountain Hills, called on Arizonans to, in Schweikert’s words, “put a critter in your life.” Schweikert, who was in contact with shelters in recent months while looking for a coonhound puppy, said some larger shelters in Maricopa County “don’t have people coming in the door to adopt right now” and could become overcrowded.

“As much for folks to think about if you want a little love on a dog or kitten at home, do that,” he said, “but also for those folks who have some history of doing fostering, you may be also needed.”

Morefield said many Valley shelters are still open for adoption and “they need your support.”

The Humane Society of Southern Arizona is trying to limit its animal intake and encourage people to hold on to their animals for now. While it has suspended services like its spay and neuter clinic and moved to appointment-only adoptions, Farley said the shelter is not planning on stopping adoption services any time soon.

Staff and volunteers have adopted strict social distancing standards and have begun walking dogs on 6-foot leashes. Those interested in fostering or adopting can view all the shelter’s animals online, so they can “meet your new best friend” while social distancing, he said.

“We’re trying to adapt the way everybody is right now,” Farley said. “We know we will come out of this even stronger than before.”