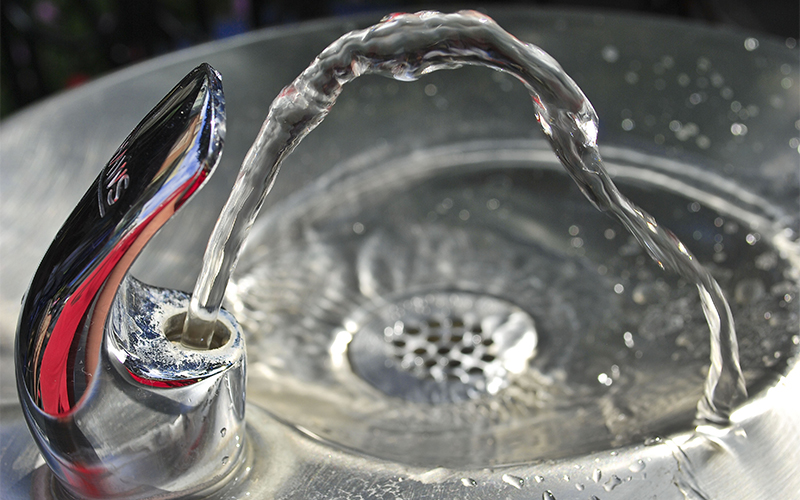 Lead, a toxic metal, can get into water systems through old pipes, paint and aging fixtures. The problem often is worse in low-income communities, forcing residents to turn to bottled water, juice and soft drinks. (Photo by Martina Yach/Creative Commons via Flickr)

LOS ANGELES – California authorities are addressing the problem of lead in drinking water at public schools through a statewide program to test pipes and upgrade plumbing, but experts warn the threat goes well beyond schools – and nearby homes and businesses may unknowingly be affected.

“The same water systems tainted by lead that feed into these schools most likely feed into other buildings in the area as well,” said Felicia Federico, a UCLA researcher who heads the California Center for Sustainable Communities.

The group recently released a report about the sustainability of water in Los Angeles County. The report said about 12% of Los Angeles’ population turned to drinking bottled water because of perceptions that tap water is unsafe.

In October 2017, California passed a law requiring all K-12 schools built before 2010 to test for lead in their drinking water by July 1, 2019. If drinking water had more than 15 parts per billion of lead, schools were required to shut off all fountains or faucets until they could be replaced. Nearly 20% of California schools had at least one water fixture that dispensed water containing more lead than is allowed, according to the Environmental Working Group, a nonprofit dedicated to protecting human health and the environment.

Affected schools in both states took immediate action to resolve the issue, but even after contaminated water is found in schools, neither California nor Arizona require adjacent businesses, homes and day care centers to test for unsafe drinking water.

“They typically share the same community water systems as these schools,” said Greg Pierce, a UCLA researcher and associate director of research at the Luskin Center for Innovation, “but there’s no required testing for these privately owned places, which may result in many people not knowing that the water they are using for showers, cooking and drinking purposes, may have lead contamination.”

Researchers at UCLA have issued a 100-plus page environmental report card on water in Los Angeles County. The report discussed eight categories, including the quality of the county’s drinking water, which received a B+ – although the grade was characterized as incomplete.

“The county does not have enough accessible and updated information for us to do a complete evaluation on the quality of drinking water,” UCLA’s Federico said. “Other categories, such as pipe infrastructure, groundwater and surface water quality, also have a major part in contributing to contamination of our water with contaminants such as lead.”

Lead can get into water systems through old pipes, paint or aging fixtures that allow shavings of the element to get into water, Federico said. Areas where homes and infrastructure are outdated – often where low-income communities live and work – often are most in need of upgrades.

Researchers have found that in such areas, residents have much less trust in the safety of their tap water, although it isn’t clear whether the feared contaminate always is lead. In a Water Consumption Survey published earlier this year, out of 1,171 participants in Los Angeles County, 58% said they drink bottled water every day, with perceived health threats being a driving factor.

“A common issue is that people have water coming into their homes and businesses that have a weird smell, color and taste,” said Cassandra Rauser, director of Sustainable LA Grand Challenge. “These are considered secondary contaminants.”

Although such contaminants can result in tap water avoidance, the problems that can’t be seen, smelled or tasted may cause more harm.

“Primary contaminants, such as lead, are the ones that can actually harm you, but is impossible to detect from looking at the clear water,” Rauser said.

When potable water is not considered safe, residents are forced to spend additional money for clean water. They also have a higher tendency to buy beverages that aren’t as healthful as water.

“With the lack of trust in their water,” Pierce said, “these lower-income residents and areas are now having to rely on water stores, or having to buy drinks such as juice or soda because they believe there are issues with their water.”

The lack of regulation means that buildings are not well-maintained when it comes to water quality, Pierce said.

“Unless the resident wants to go out and buy a testing kit themselves to manually test the water coming out of their faucets, or hire a plumber to test the pipes,” Pierce said.

California does not have a plan to address the problem of lead in drinking water in non-school buildings. But there’s now a common goal in place for Los Angeles County and the California Center for Sustainable Communities.

“The goal is that by 2050, the county is aiming to have drinking water that is 100 percent free of primary contaminants that can lead to health issues down the road,” Federico said. The state feels that everyone, not only children, should have access to clean drinking water.”

Lead, a poisonous metal found naturally in Earth’s crust, is widespread due to human activity and manufacturing processes. Although children are the most susceptible to health problems, the element is linked to numerous issues for adults as well, including high blood pressure, joint and muscle pain, difficulties with memory or concentration, and mood disorders.

Thousands of areas across the U.S. have been affected by lead poisoning, and drinking water is only one pathway for lead exposure. Any place with older buildings and aging pipe infrastructure is at risk of having this toxic element in the water. 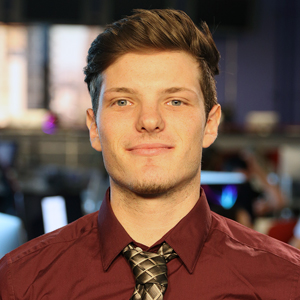