Inmates at Virginia’s Coffeewood Correctional Center head to graduation from a Germanna Community College program in this 2015 photo. Some lawmakers are trying to change a federal law that bars people convicted of drug offenses from using a tax credit for schooling but allows the credit for all other former prisoners. (Photo by Robert A. Martin/Germanna Community College)

WASHINGTON – At first glance, Dawn Curtis and Lindsey Saya seem a lot alike. Both spent years in Arizona prisons, both want to move forward with their lives and both are starting over as college students.

But Saya can hope to get help paying for the cost of his schooling, while Curtis won’t be able to get her student loan money back. That’s because she was convicted of a drug felony and his crime was armed robbery.

The American Opportunity Tax Credit lets people, including former inmates, claim a credit for tuition, fees and other expenses related to the first four years of a college education – unless they were convicted of a drug crime. Then the credit is off the table.

“If you’re convicted of murder, you can get this credit,” said Sen. Chris Van Hollen, D-Md., at the introduction last month of a bill to remove the drug conviction penalty. “That makes no sense.”

Rep. David Schweikert, R-Fountain Hills, is one of seven bipartisan co-sponsors on the House version of the Eliminating Discrimination And Creating Corridors to Expand Student Success Act. The Senate version of the ED ACCESS Act has six co-sponsors, including Van Hollen, evenly divided between Democrats and Republicans.

The bills would simply strike that part of the Internal Revenue code that says the tax credit is not available to a student who “has been convicted of a federal or state felony offense consisting of the possession or distribution of a controlled substance.”

When the ban was created, Congress believed that “forms of punishment like the drug felony ban would reduce demand and supply for illegal drugs,” according to a letter of support for the repeal bill from more than 20 organizations. But research has since shown that many of these bans to drug felons only serve as unnecessary barriers for those seeking to start over, the letter said. 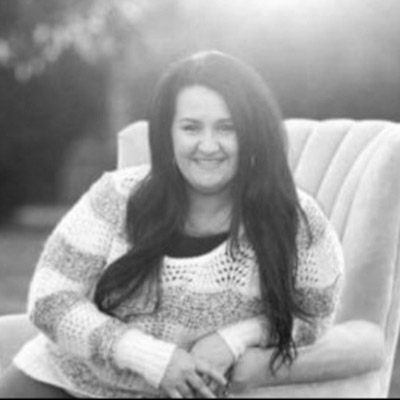 After several years in prison, Dawn Curtis is studying for a degree in sociology at Grand Canyon University. But because she was convicted of drug charges, she cannot claim a tax credit for her schooling that other former prisoners can. (Photo courtesy Dawn Curtis)

Curtis said she was already an “IV-drug addict” at age 14 but couldn’t stop, a situation she compared to compulsive gambling.

“Even though you are at risk (of) losing your car, your house, you keep doing it. It’s like self-defeating relief,” she said. “People do not sign up for that misery.”

Curtis was eventually convicted of selling methamphetamine and sentenced in December 2011. She was released from the Arizona Department of Corrections Perryville in January 2016, said she has been clean since late 2010 and is now working at a nonprofit treatment center.

She is also pursuing a bachelor’s degree in sociology at Grand Canyon University, for which she has taken out loans of more than $17,000.

“Since over half of felons are in prison for drug-related charges, this (congressional) bill would be a tremendous step forward,” said Cornelia Wells, director of Arizona State University’s Prison Education Programming, which teaches subjects such as art, biology, psychology and history to prisoners. “Rewarding former pedophiles and other rapists and murderers while denying drug-related felons is just nuts, and further targets people of color.”

For nine years, until it was canceled this summer, Wells and volunteers ran the Pen Project, a writing program that let inmates mail in their creative or academic writing and have it critiqued by student interns.

“She changed my life,” Saya said of Wells. “The programs gave me an outlet to tell stories.”

Saya, who was convicted of five robberies, was released from Arizona Florence Globe Unit Prison in April after spending 15 years behind bars. Saya, 35, said Wells offered him guidance and encouragement, which inspired him to pursue a bachelor’s in English and creative writing at ASU.

But he may be considered one of the lucky ones, able to get this tax credit because he did not commit a drug felony.

Although there are no readily available statistics on former inmates who pursue higher education, the Prison Policy Initiative reported that “more than half of formerly incarcerated people hold only a high school diploma or GED – credentials which have diminishing value in today’s job market.” 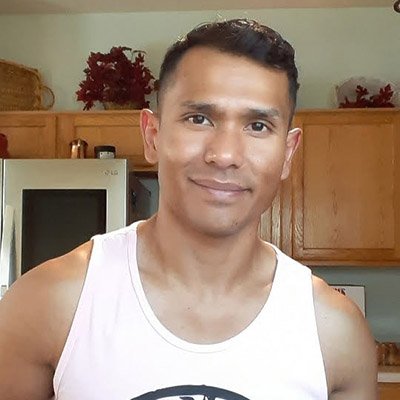 Lindsey Saya is pursuing a creative writing degree at Arizona State University, after 15 years in prison for armed robbery. Saya’s conviction does not bar him from seeking a tax break for his schooling. (Photo courtesy Lindsey Saya)

But inmates who take college classes while they are behind bars are only about half as likely as other inmates to be locked up again after their release, according to the Vera Institute of Justice.

“The state makes it hard for people who have felonies,” Curtis said.

She was able to find an “expensive” rental house on Facebook Marketplace, after being turned down by nearly eight places in one year. Curtis was turned down the first time she applied for her job, because of her record, and had to apply again at a cost of about $139 in fees for the application and copies of police and court records.

Saya also worries about his future, since he spent almost two months post-release being turned down for work, until he found a warehouse job.

“It’s my past,” Saya said. “I don’t just go out and talk about it because of the anxiety – someone might not want to be my friend or talk to me or be afraid of me. I want to be a normal person again.”

Saya and Curtis work now with different volunteer organizations. Inspired by the programs that helped him, Saya hopes to bring awareness of the effects of incarceration and change it through the spread of education.

Curtis said she plans to continue her schooling, whether she gets a tax credit or not, and she wants to continue working to help those without money or loved ones’ support.

“I gravitate toward people who are suffering,” she said.˜