Arizona law requires doctors to check a state database before they write a new prescription for a controlled substance, such as prescription opioids. But more than 60% do not. (Photo by Johanna Huckeba/Cronkite News)

PHOENIX – Arizona law requires doctors to check a state database before they write a new prescription for a controlled substance, such as opioids.

Sheila Sjolander, an assistant director at the Arizona Department of Health Services, said department officials know that’s a problem they’re “all struggling” to address in the state’s fight against opioid addiction. Stakeholders met last week to come up with potential solutions. However, a DHS spokesman on Wednesday said he would not disclose details from that meeting.

Even though the state mandates doctors and pharmacists check the database, there seems to be little oversight to hold them accountable.

“That’s really up to the licensing boards, and it may not come to the attention of a board unless there’s an issue or a complaint,” Sjolander said.

The Arizona State Board of Pharmacy runs the Controlled Substances Prescription Monitoring Program, or CSPMP.

When a patient comes into a pharmacy with a prescription, pharmacists log the drugs into the database. Doctors also can check to see what medications a patient already has received.

The state launched the system in 2009, but doctors were not legally required to look at a patient’s prescription history, according to Cronkite News.

Gov. Doug Ducey declared a public health emergency in Arizona in 2017, calling for a statewide push to reduce opioid deaths. And in April 2018, a new law went into effect mandating licensed medical practitioners check a patient’s history for the previous 12 months before prescribing a controlled substance.

The latest opioid report from the department shows little change among practitioners, despite the new law.

In January 2018, about 35% of prescribers checked the database at least once a month before prescribing a controlled drug. In December – after the new law went into effect – only about 38% of practitioners did so, according to the report.

However, she said the state has done well responding to the opioid epidemic in other areas.

“The response that we put forward was a significant leap forward with a substantial amount of action occurring in a short period of time,” she said.

The state launched a hotline for people struggling with opioid addiction and increased access to naloxone, a life-saving antidote to an opioid overdose. It also helped develop a curriculum for Arizona medical students to address pain and addiction.

The state included more than a dozen undergraduate health professional schools to create the curriculum, including Charlotte Thrall from Arizona State University’s Edson College of Nursing and Health Innovation.

“The goals were to effectively equip our students when they graduate to be able to appropriate treat acute and chronic pain as well as treat substance use disorder,” she said. “This is a crisis that our graduate students need to be prepared to intervene in.”

Jessica Wagner is one of those students. She said it’s important to try the basics first.

She’s optimistic she can help the fight against opioid abuse. 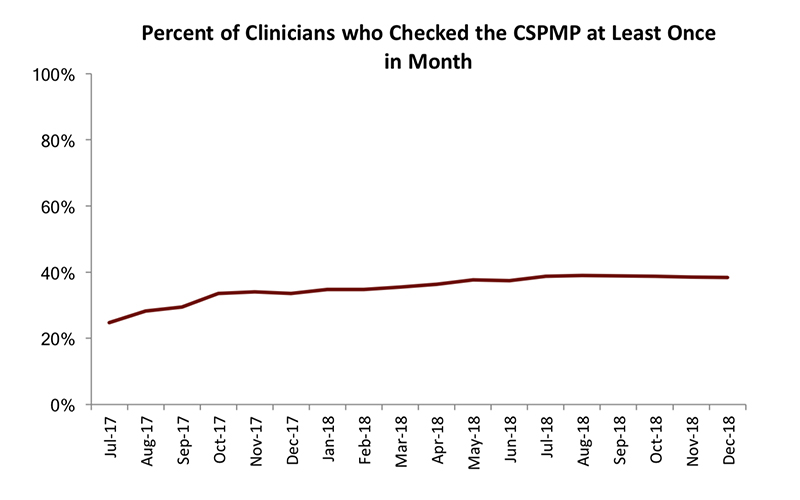 “Graduating in 2019 as a prescriber and provider, I think I have a fresh view, fresh eyes on the opioid crisis,” she said. “Coming out with an entirely new view and perspective on addiction and pain, I think is hugely beneficial.”

Despite the gains, Sjolander said the state has more work to do.

“Our efforts have been tremendous, (but) we mustn’t let up on that effort at all,” she said. “We still are seeing an increase in overdoses and deaths, and that may be the case unfortunately for a while yet.”

In 2018, 1,375 people died from a suspected opioid overdose in Arizona. Officials didn’t begin enhanced tracking efforts for opioid-related overdoses and deaths until mid 2017.