A proposed bill, SB 1357, would create a coalition to study and recommend mandatory Alzheimer’s training for caregivers. (Photo by Meg Potter/Cronkite News) 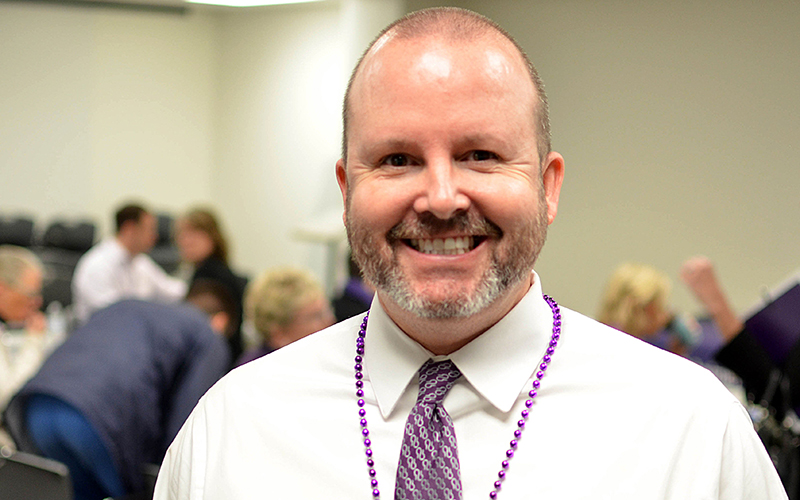 James Fitzpatrick, who works at the Desert Southwest Chapter of the Alzheimer’s Association, fears the number of deaths related to the disease will increase as the Boomer population grows. (Photo by Meg Potter/Cronkite News) 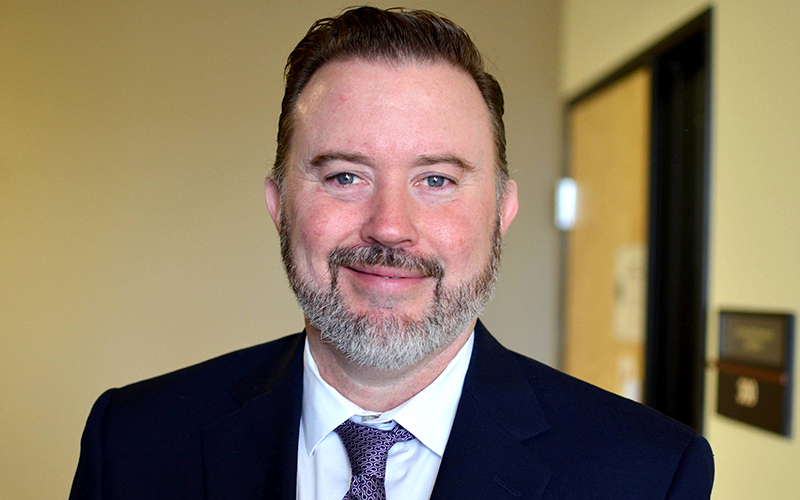 Don Lawler, executive director of the Desert Southwest Chapter of the Alzheimer’s Association, wears the organization’s pin. The symbol represents people affected and the science behind finding a cure. (Photo by Meg Potter/Cronkite News) 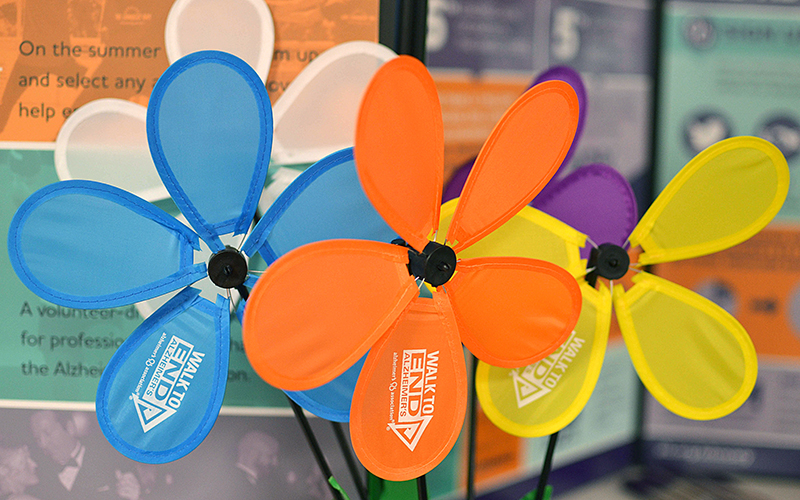 In the 2018 Walk to End Alzheimer’s, each participant received a flower. Caregivers were given yellow flowers and someone who lives with Alzheimer’s got a blue one. (Photo by Meg Potter/Cronkite News)

Senate Bill 1357 would create a coalition of Arizona lawmakers, representatives of nonprofits dealing with dementia and state government officials to recommend training policy and standards, the bill says.

Tempe has a program training paramedics to handle dementia patients. Arizona universities and nonprofit institutions are continuing research into the treatment and prevention of the disease, which experts say affects more than 5 million Americans.

But Arizona could become the second state to set standards and require Alzheimer’s training for the range of professionals who interact with patients, according to James Fitzpatrick of the Desert Southwest Chapter of the Alzheimer’s Association.

“Throughout the whole country, there is only one state that has mandated trainings for the whole continual care, and that’s Massachusetts,” said Fitzpatrick, program and advocacy director.

Fitzpatrick said organizations and businesses, whether doctor’s offices or caregiver services, conduct their own training now, but some are better at it than others.

Supporters of the battle to fight Alzheimer’s gathered Tuesday at the state Capitol.

Tina Rodrigues, who cares for her husband, said it’s financially challenging and heartbreaking to lose a little bit more of her partner every day.

It’s “losing that person that you relied on and connected with,” Rodrigues said.

“Every day, if you were to see my husband, you’d think he was just a normal guy, happy go lucky and fun loving,” she said. “But (it’s) having to help with the steps of getting food together. It’s the help of getting their clothes together. He doesn’t have that process anymore of putting his clothes on the proper way.”

Rodrigues said health care professionals need training on how to work with Alzheimer’s patients, such as speaking slowly and kindly.

“When we’re at the doctor’s office where people actually know he has Alzheimer’s, they speak to him very quickly. They walk in front of him and expect that he just knows what they want him to do,” she said, wiping tears from her face. “I don’t think we’re doing well for even health care providers to be on board with how they should be communicating with someone with dementia.”

A new federal law establishes public health centers for dementia in state, local and tribal health departments, she said. The Centers for Disease Control would oversee the operation.

“We are trying to pass legislation right now that would fund it at $20 million,” Gay said of the centers nationwide.

Arizona would have to develop a so-called center of excellence to serve rural and urban areas to work on the early detection and diagnosis of Alzheimer’s diseases, Gay said.