Married for 60 years, Don has been caring for Sara after she was diagnosed with Alzheimer’s disease seven years ago. (Photo by Lauren Michaels/Cronkite News) 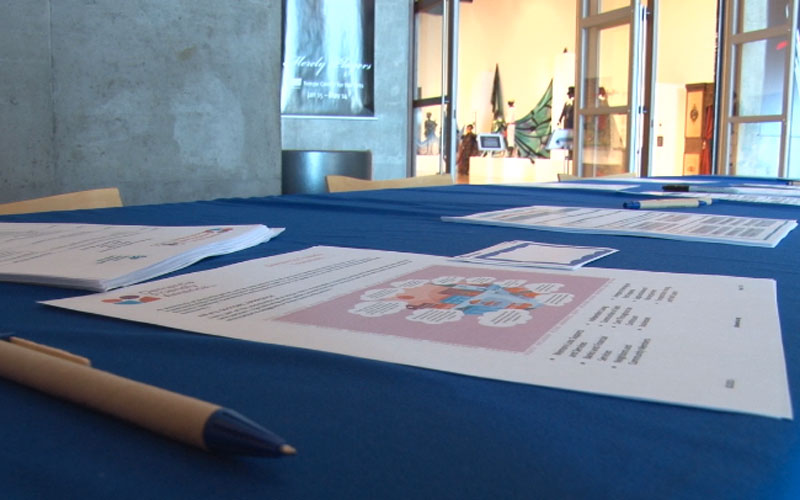 Tempe is working toward being a part of a national movement called Dementia Friendly America.
(Photo by Lauren Michaels/Cronkite News) 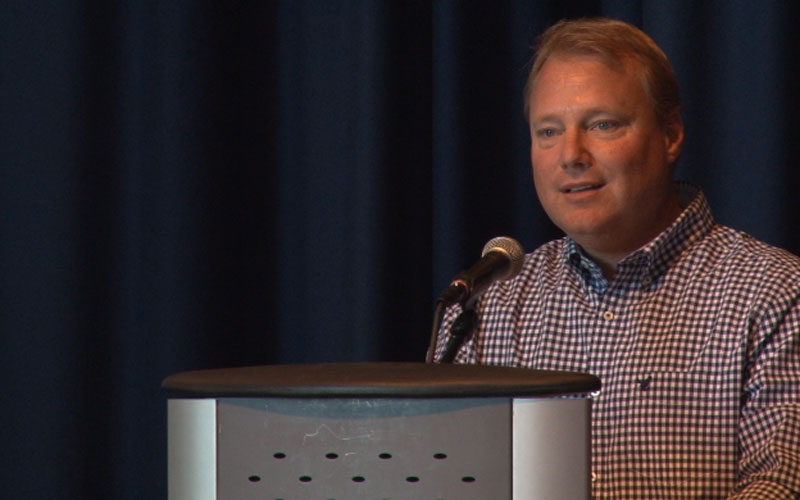 He takes her to musical therapy, art sessions and physical exercise activities. He said it’s helped slow the progress of the disease.

Don also attends a caregiver group to help him relate with others going through the same thing. He’s devoted to taking care of his wife, and now the couple – both 79 – wants to ensure others with dementia can move around the community with ease.

The couple attended a forum last weekend to launch Tempe’s efforts to become recognized as a ‘Dementia Friendly’ city.

“We’re here to contribute what we can to the next generation,” Don said.

The forum was part of a nationwide movement, led by Dementia Friendly America, aimed at increasing awareness of the disease, providing resources in communities and preparing for the future as the population ages.

And at White House Conference on Aging this summer, officials announced Tempe as one of a handful of communities testing a new roadmap provided by the group, according to the city.

Tempe Mayor Mark Mitchell, who hosted the event, said more than 1,500 people have dementia in Tempe. Mitchell’s mother was diagnosed with the disease, and he said that really opened his eyes to the importance of educating the community.

Dementia involves a decline in a person’s mental abilities that can interfere with their daily life. The most common form of dementia is Alzheimer’s disease, a neurological disorder that can include memory loss, impairment of judgment and disorientation, according to the Associated Press.

The Banner Alzheimer’s Institute said about 120,000 people with dementia live in the state.

Officials estimate that by 2050, the number of Americans living with dementia will triple nationally, bringing it to 15 million.

Banner health officials said 50 percent of people with dementia never receive a diagnosis. The key is to get early check up to catch the disease in its earliest stage.

“So it’s really about building awareness and building programs and support systems around affected people in their families,” said Jan Dougherty, director of Banner Alzheimer’s Institute.

Tempe will work with the institute to create a plan that could include things like installing new signs on restrooms or developing a one-stop shop for dementia-related resources.

The efforts have taken other communities between six to 18 months to complete, according to Dementia Friendly America.

Don Walker said although it may take time, he’s happy for the effort.