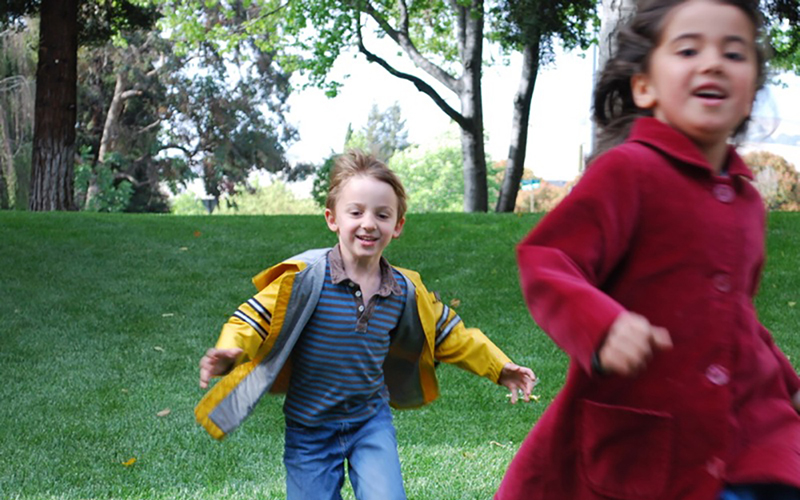 A 2018 report card gave U.S. kids a D- for overall physical activity, which required at least 60 minutes of activity a day, and a D for sedentary behavior, or two hours of screen time a day. (Photo by rumolay/Creative Commons)

WASHINGTON – Arizona’s schoolkids are doing better than their peers nationally when it comes to physical activity, according to a national report card.

But that’s nothing to brag about: The report card said kids nationwide are not even close to being active enough.

The 2018 U.S. Report Card on Physical Activity for Children and Youth graded school-age children on nine different indicators, with kids nationwide earning no better than a C in any category and Ds in several. Arizona scored slightly better than the national average in six of the nine indicators, but experts say there’s still a long way to go.

“The biggest takeaway from this report is that there are unlimited opportunities to make improvements in our children’s physical activity and health and well-being,” said Stephanie Martinez, chief for the Office of Community Innovation at the Arizona Department of Health Services.

“While our scores are very close, sometimes better than the national scores, there still is a big room for improvement.”

The report comes amid a push to get Arizona schoolchildren out of the classroom and onto the playground so they can get more physical activity, with a new law this year requiring that schools provide two recess periods for children in kindergarten through fifth grade.

The report by the National Physical Activity Plan Alliance gave four Ds and three Cs to the nation, meaning the country is “succeeding with about half of children or youth” or less than half. The report did not get enough data to assign letter grades to two indicators.

States did not get letter grades, but did get scores in each of the categories. Arizona had lower scores than the nation for overall physical activity, sports participation and having a comprehensive activity plan.

But the areas where the state did better still left a lot to be desired. The report found that 38.9 percent of kids in the state spent three or more hours a day in front of a computer or a video game, that 26.9 percent were overweight or obese and 46.3 percent of 6- to 17-year-olds are active for at least 60 minutes on five or more days a week.

Scott Turner, the president and CEO of Edunuity, a nonprofit that advocates for education and health, credits the Arizona departments of Health Services and Education for efforts to encourage youth to be more active like creating “walk to school day,” and supporting different pieces of legislation.

One of the most widely reported legislative initiatives was the recess bill, which was pushed by a coalition called Arizonans for Recess. Coalition founder Christine Davis said parents started becoming concerned about how little recess their children had as schools filled that time with test preparation.

The recess bill was signed into law by Gov. Doug Ducey in April and took effect in this school year.

Josh Meibos, an elementary school physical education teacher who was named Arizona 2018 teacher of the year, said he joined the coalition to advocate for recess time and wellness of students.

“Teachers today have a lot of pressure on test scores and they have learned to eliminate recess for their students to take a break. And I think this law benefits the mental health of both the student and the teacher,” he said. 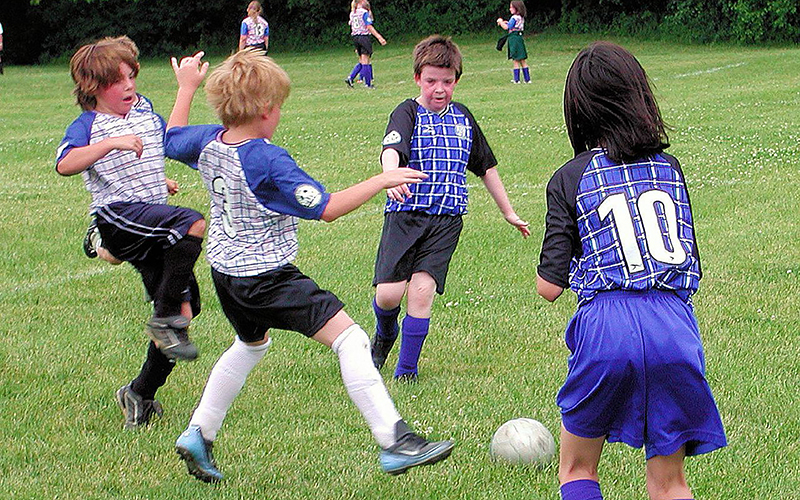 Organized sports participation was one area measured, with 51.6 percent of Arizona kids and 54.3 percent of kids nationally playing on at least one team in the previous year. (Photo by S Jones/Creative Commons)

One area where the state went down from the last report, in 2016, was whether schools had a comprehensive physical activity plan. The number of Arizona schools with such a plan fell from 3.5 percent in 2016 to 2.3 percent in this year’s report.

But both Martinez and Turner downplayed the importance of that statistic. Martinez noted that the information comes from “school health profiles, which is a random sample of schools throughout the state, it is possible that the decrease … could just be considered a sampling error.”

Even if the numbers are right, Turner said, the plans tend to be “very superficial and it’s really not changing anything at the school.”

Stanfield Elementary School is one of the few schools in the state to have a comprehensive school physical activity plan. Stanfield Principal Chris Lineberry said the challenge with such plans is carving out the time for them in the school day, but his school has managed to figure it out.

Stanfield students are active at least 60 minutes on school days, as advised by the U.S. Department of Health and Human Services guidelines. Every morning, they have 20 minutes of different activities, then 45 minutes of recess. Depending on the grade, they may also have four or five physical education classes a week.

“We can’t make the school day 30 minutes longer so kids can have recess. So what do we do? You find time without adding time by incorporating movement into instruction,” Lineberry said.

“And by realizing that if you take those breaks for physical activity, you’re going to get more bang for your buck anyway because your students are going to be more engaged,” he said.

Finally, health experts said the focus should not just be on getting students to be active, but should also take wellness and nutrition into consideration.

“One thing that is left unspoken is the health component,” Meibos said. “A lot of middle schools don’t have health teachers or don’t have strong P.E programs that include nutrition and health.

“I think that the pressure goes onto the teacher to not only teach P.E, but they have to fold in a lot of the body science and that is something that is unfortunate,” he said. “I would like to see a certified health teacher at every school as well. ”