Average monthly premiums for health insurance in Arizona are expected to drop about 4 percent next year, reversing years of increases and reflecting generally moderate changes nationwide. Some advocates said the decrease would have been greater but for attacks on the Affordable Care Act. (Photo by Paul Brennan/Creative Commons)

WASHINGTON – After several years of double- and triple-digit increases in health insurance premiums, Arizona could see premiums fall more than 4 percent in 2019, one of only 11 states looking at a drop, according to a new analysis.

It’s a sharp turnaround for Arizona, a state where a premium increase of 116 percent in 2017 was cited by President Donald Trump as proof that the Affordable Care Act needed to be repealed.

But next year, according to an analysis released Friday by the Associated Press and the health care consulting firm Avalere, the average premium in Arizona is expected to drop from the current rate of about $630 a month to $604, before government subsidies.

The AP/Avalere survey looked at premium forecasts for every state next year. While the majority of states are looking at an increase, the growth is more moderate than in the recent past, with the biggest increase topping out at 18.8 percent in Washington state.

Experts say rates are stabilizing nationally because insurance companies are finally making money under the ACA, better known as Obamacare.

“On average, insurers are actually turning a profit on the individual market under the ACA,” said Rabah Kamal, a policy analyst at the Kaiser Family Foundation. “So there’s really no justification for major increases going into next year.” 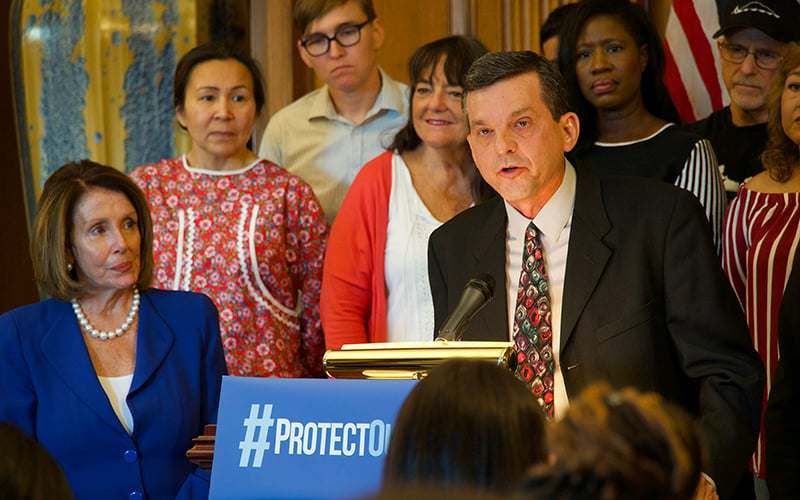 Advocates urge Brnovich to pull out of states' challenge to Obamacare

Arizona’s projected 2019 premiums are still preliminary and will not be finalized until mid-October, said a spokesman for the Arizona Department of Insurance, which is reviewing the rates.

Despite the overall better picture nationally, Kamal and others say the rates would have been even better if a key element of Obamacare had not been repealed by Congress in December.

Under the ACA’s “individual mandate,” people were required to have health insurance or pay a premium. The Supreme Court said in 2012 that the mandate itself might have been unconstitutional, but the penalty that came with it qualified it as a tax, which Congress is allowed to impose.

In December, Congress passed and the president signed a tax reform law that did away with the penalty. A lawsuit by 20 states, including Arizona, argues that Congress removed any legal protection for the mandate when it removed the penalty, rendering the entire law unconstitutional.

Michael Cannon, the director of health policy studies at the Cato Institute, said the Supreme Court’s decision to uphold the ACA in 2012 was “just awful.”

Cannon said that if the people were better educated about the costs of the ACA, it would have been repealed years ago.

“The public says they love it as long as there’s no cost to them,” he said. “Once there’s a cost, they flip to the opposition.”

A decision is expected soon on the states’ challenge, which is being heard by a federal district court in Texas.

If the district court decides to repeal the mandate, that would start chipping away at the entire healthcare act, ultimately killing it, said Morgan Tucker, a spokeswoman for Arizona Health Care Voters.

She said that would put anyone with a pre-existing medical condition at risk of losing coverage and would give insurers free rein to charge whatever they want.

Under the current law, insurers cannot charge more to sick people than they do to healthy people of the same age, which Cannon said drives up premiums for everyone. Cannon said the ACA ruins equality and encourages freeloaders.

But Tucker called that a common misconception. Healthcare is not free, she said, so Americans should come together to help finance everyone’s right to medical treatment when they need it.

The uninsured still get sick, she said, but without insurance the cost of their care ultimately falls on the government.

“Healthcare should be a right in what we often say is the wealthiest, most powerful country,” she said. “I don’t understand why we make it so complicated.”