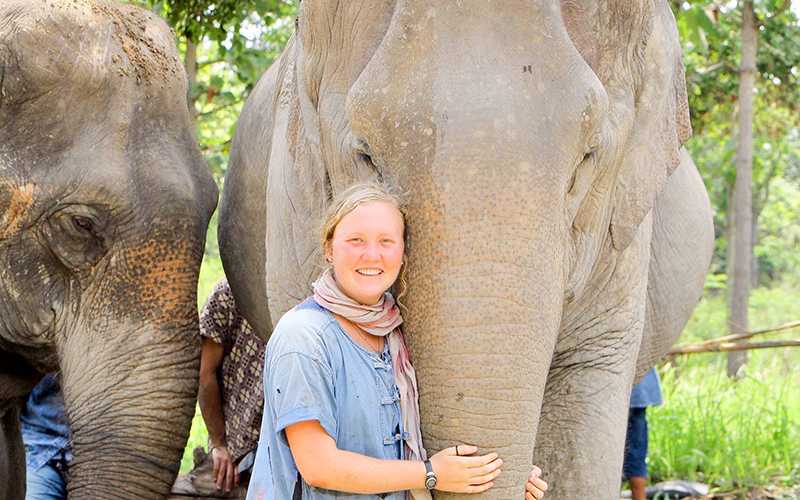 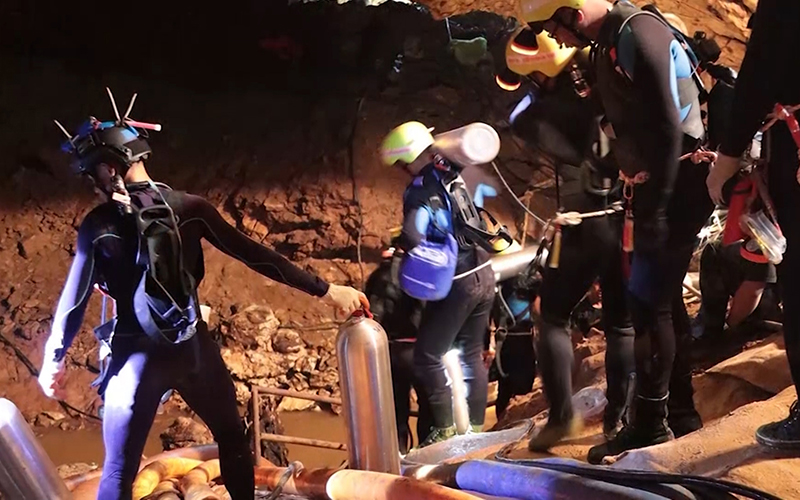 Divers from several countries, indluding the U.S., joined Royal Thai Navy SEALs in the operation to rescue 12 boys and their soccer coach trapped deep in a cave. (Courtesy Royal Thai Navy via CNN) 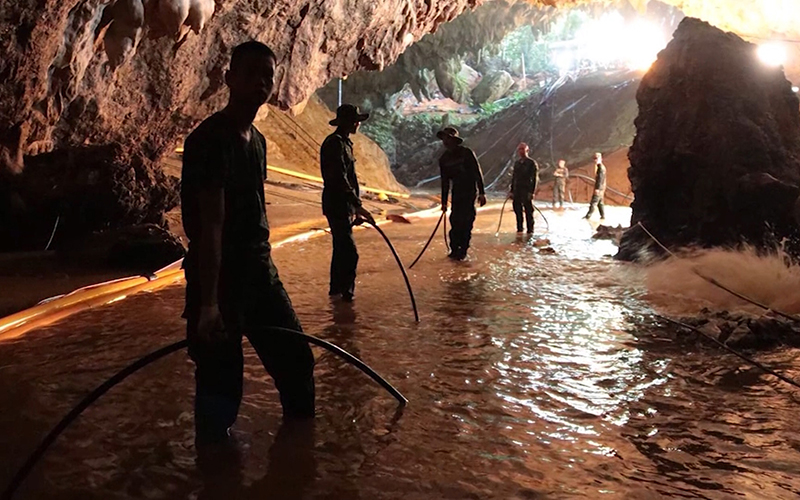 The operation to rescue 12 boys and their soccer coast form a flooded Thai cave took more than a week and involve rescue crews from Thailand and several other countries. (Courtesy Royal Thai Navy via CNN) 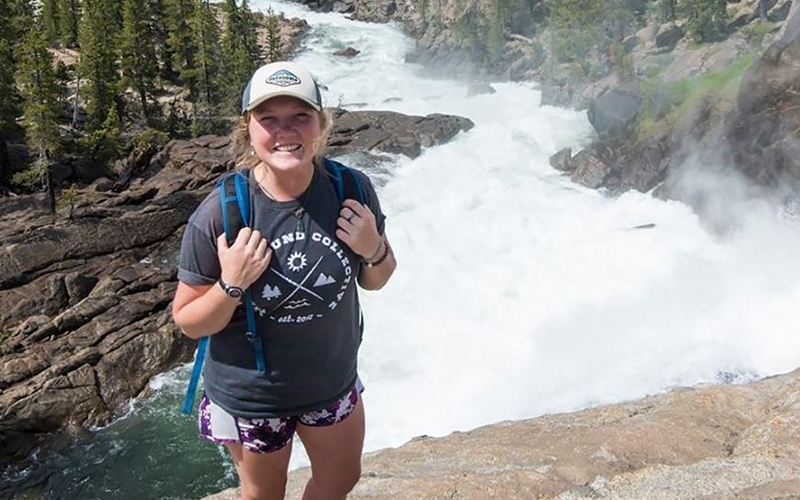 ASU grad Breanne McNitt, an outdoors enthusiast who has been in caves in Thailand, said it’s especially dangerous there during the rainy season as flash floods “come in quick just like they do in Arizona.” (Photo courtesy Breanne McNitt)

WASHINGTON – Arizona State University grad Breanne McNitt said Thailand went from a country “on edge” to one feeling “lots of relief, everywhere” when 12 boys and their coach were rescued Tuesday from the cave where they had been trapped.

McNitt teaches in the same region in northern Thailand where the boys and their soccer coach had been trapped by floodwaters for almost three weeks.

“At first it was worst case, no one knew what was going to happen,” said McNitt, a teacher in Thailand through the Fulbright program. “There was a lot of tension that first week, not knowing what was going on. You could feel it definitely in school.”

She said schools around the country held moments of silence for the stranded team and that the nation was gripped with worry.

“Everyone is, for the most part here, Buddhist, so they all took time to meditate and send positive energy toward the boys and take a moment for them,” McNitt said.

When the last of the group was finally rescued Tuesday, McNitt said that there was “lots of relief, everywhere” around the country.

“Everyone was sending each other messages as it was going down,” McNitt said. “I was watching the Thai news live Facebook stream for the past two days. Huge relief.”

After Thai drama, cavers insist sport is safe if you're prepared, alert

The drama began June 24, when McNitt woke to messages from her fellow teachers about the missing boys. She said the story was quickly picked up by international news outlets.

“Instantly there was attention on it and it just built from there as the days went by,” McNitt said.

Coverage intensified a week later when the team was discovered, largely unharmed but trapped by floodwaters in Tham Luang cave in Chiang Rai province, about 25 miles from Chiang Saen where McNitt lives.

The cave that the boys were stranded in is known to flood during the wet season, McNitt said. An outdoors enthusiast herself, she has explored caves in Thailand, where she said it’s especially dangerous during the rainy season.

“If we have any rain or if there’s any rain in the forecast, we were definitely not going in there,” McNitt said of a cave she saw in Thailand. “Flash floods come in quick just like they do in Arizona.”

McNitt said that she has not visited the cave where the boys were stranded, as usually only locals know how to navigate deeper passages.

“When you’re in those dark spaces in caves, it’s scary when you know you’re safe,” she said, “and when there’s an outside force, it makes it that much scarier.”

McNitt, the only foreign teacher at her school, said that the help with rescue efforts from the U.S. and other countries was welcomed throughout the ordeal.

“People would come up to me and say, ‘Did you hear the U.S. is helping us now?'” McNitt said. “They were just really excited to have all this help. The Thais know that they probably couldn’t have accomplished this rescue as successfully had they been on their own.”

The first four boys were pulled from the cave Sunday and the rescue operation continued for the next two days. The coach was the last one rescued Tuesday by Thai Navy SEALs in an operation with help from around the world, including American, Australian, British and Chinese divers and experts, according to CNN.

“They’re really thankful that so many countries wanted to help,” McNitt said Tuesday from Chiang Saen. “It’s so amazing to have so many people want to help this small community up in northern Thailand.”