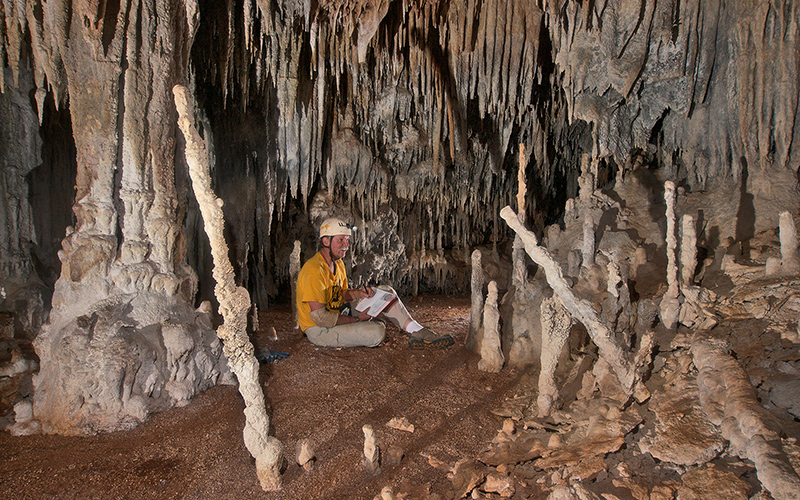 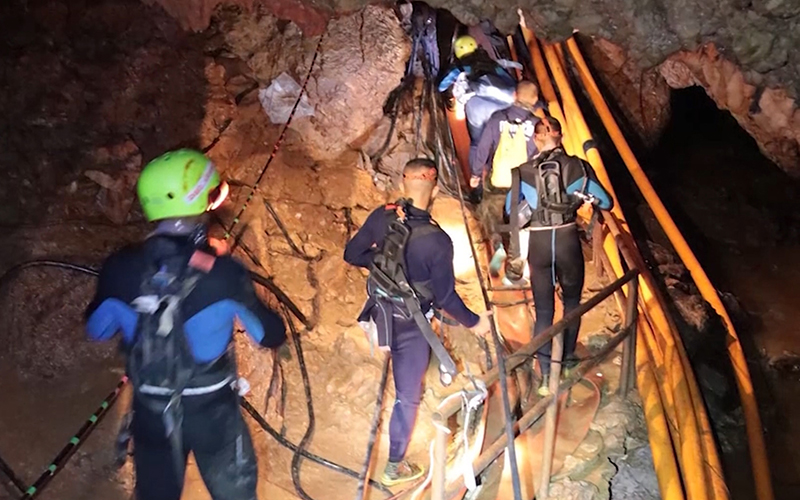 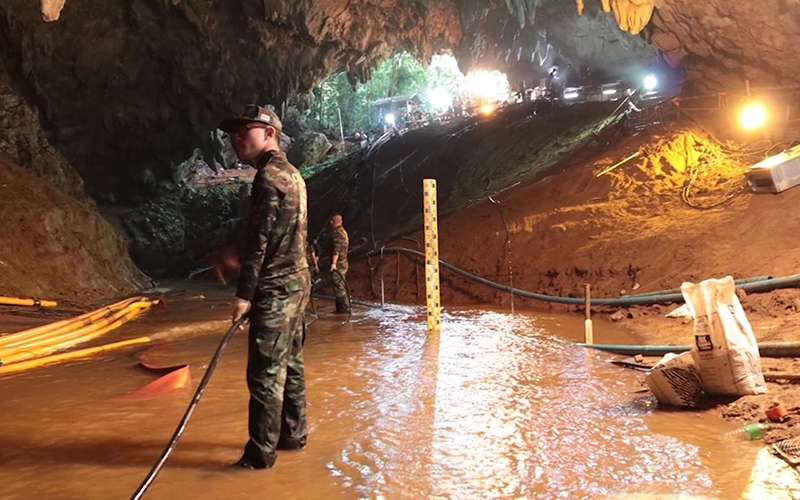 Rescue crews wait near the mouth of the cave in Thailand where 12 boys and their soccer coach were trapped for weeks after floodwaters blocked their exit. (Courtesy Royal Thai Navy via CNN) 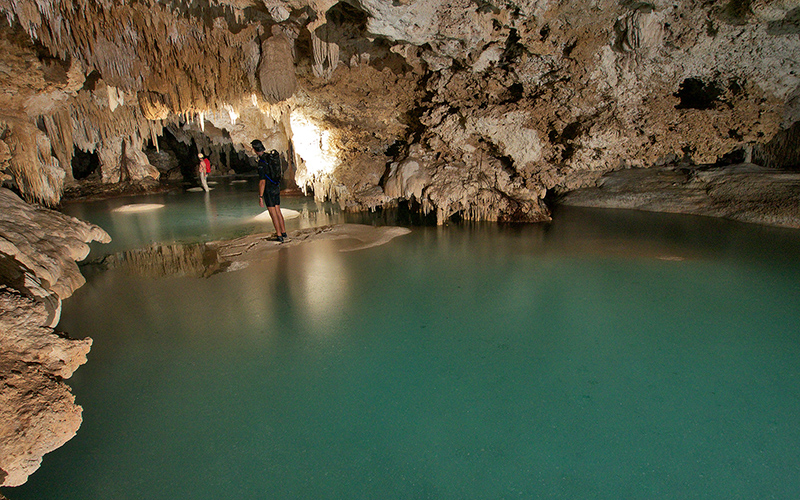 Cavers say their sport can be dangerous, as the recent rescue of the trapped Thai boys shows, but with proper gear and preperation it can be enjoyed, not feared. (Photo courtesy Ray Keeler)

WASHINGTON – For people like Ray Keeler, a seasoned Arizona caver, there is an important lesson in the headline-grabbing story of the boys trapped in a cave in Thailand: Be prepared.

“You’re taking three lights per person and a helmet,” said Keeler, who served as an underground rescue coordinator for the Maricopa County Sheriff’s Department. “Most importantly, you’re telling someone where you’re going, when you get back … and then you call them to make sure they know that you got back.”

Keeler, who has caved recreationally and professionally for years, said the risks of injury or death during a caving expedition are “very, very low,” a fact echoed by other enthusiasts.

While risks are inherent with any outdoor sport, the National Speleological Society, the largest caving organization in the world, has provided guides and tips for safety. Precautions include wearing proper clothing and bringing the right gear during expeditions, but the main precaution is simply knowing what kind of environment you’re walking into and having a plan.

George Veni, executive director of the National Cave and Karst Research Institute, said caving is generally a safe activity if you know what you’re doing and follow the rules.

“So many times, accidents have happened are with groups, like this group in Thailand, who are not trained … cave explorers,” Veni said. “They’re not stupid. They’re not bad people. They just don’t know the basic rules that we’ve learned through many, many decades of accumulated community effort.”

The coach and the 12 boys on a soccer team in Thailand captured international media attention when they reported missing on June 24. They were discovered a week later, alive but trapped deep in a cave that had flooded, blocking their exit.

One Thai Navy SEAL died during the ensuing rescue effort, which ended Tuesday when the last of the boys and the coach were finally pulled out of the cave.

Veni said that caving is a growing sport worldwide, and that safe spelunking “is a matter of knowing the rules and following them.” But others say that there must first be an understanding that, in the words of Bob Rodgers, “caves are inherently dangerous.”

“Things happen if you’re not paying attention to a lot of the outside factors that influence the cave,” said Rodgers, the Southwest regional coordinator for the National Cave Rescue Commission.

Rodgers added that any cave rescue, whether it is above or below ground, is an exhausting mission.

Weather may be overlooked as a hazard by those going underground, but it can determine just how much risk there is to spelunking.

“We have a cave in Arizona … that we’re currently exploring,” Keeler said. “Over Memorial Day Weekend, we discovered a passage (but) the cave has a low spot that fills with water. I called up somebody in Flagstaff because we were thinking of going last weekend.”

That would have been the “wrong move,” said Keeler, who said that just a 30 percent chance of rain was enough for him to call off the trip. And he was right to do so – floods happened in the area that weekend.

Despite the recent headlines, Keeler insists that caving is an activity to be enjoyed, not feared.

“People going into caves are treating them with respect,” he said.