“The ruling means that Arizona city government will not be able to compel a pro-life pregnancy center to communicate a message that violates their deeply held convictions,” said Cathi Herrod, president of the Center for Arizona Policy, which opposes abortions. 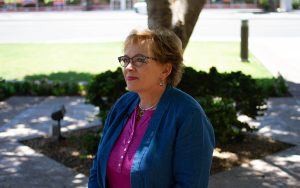 The court ruled 5-4 against a California law requiring pregnancy centers to provide information about state-supported, low-cost health care services, including abortions. As supporters of the ruling hailed it as a victory, leaders of Planned Parenthood lamented the decision.

“We are entering into a territory where patients could potentially be lied to where they are not getting the care that they need,” said Tayler Tucker, a spokeswoman for Planned Parenthood.

Pregnancy crisis centers often counsel woman away from abortions, instead encouraging them to keep children or offer them for adoption.

Elissa Graves, a lawyer with Alliance Defending Freedom that represented the pregnancy centers in the case, said that the California law was unnecessarily burdensome to pregnancy centers and made it “impossible” for them to conduct their work as they saw fit.

The Supreme Court decision struck down California’s Reproductive FACT (Freedom, Accountability, Comprehensive Care and Transparency) Act, a 2015 law that required that if the pregnancy clinics did not provide the full range of reproductive care options available to people individuals that they must post a notice that says the state provides access to free or low cost reproductive care, including abortions, said Graves. 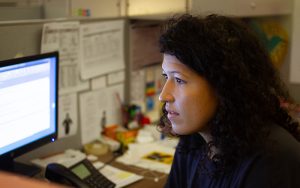 Tayler Tucker, spokeswoman for Planned Parenthood of Arizona, is disappointed in a Supreme Court ruling. She said women will have less access to accurate information about reproductive health care. (Photo by Tayler Brown/Cronkite News)

“We felt that it was important to stand up for the freedom of all Americans to speak the message that they desire” to speak, Graves said.

Tucker said Planned Parenthood supports the First Amendment but said it’s unfair that centers like Planned Parenthood are strictly regulated but pregnancy crisis centers are not held to similar standards. She also said the ruling could place limits on women’s access to information about reproductive services such as contraception and abortion.

Rep. Athena Salman, a Tempe Democrat who is an abortion rights advocate, said pregnancy crisis centers mislead women and takes issue with the lack of transparency required of the centers.

“These fake pregnancy health centers pretend to help women,” Salman said. “They are unlicensed, they are unregulated – we don’t know how many exist in Arizona because there is no oversight over their practices.”