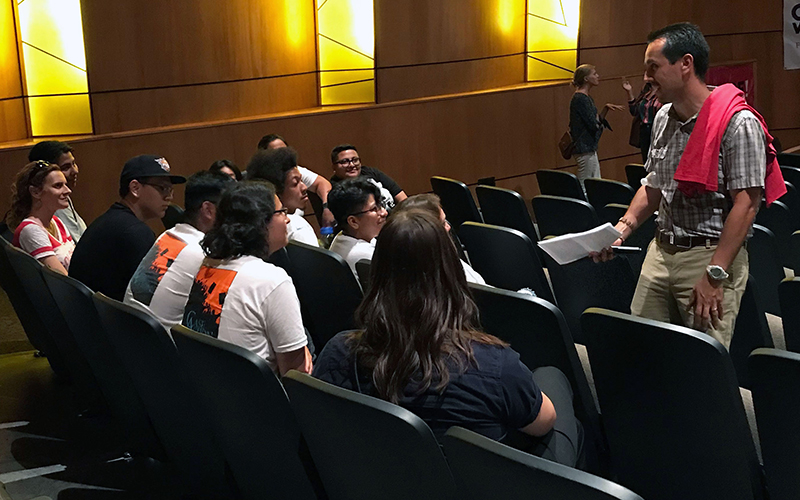 PHOENIX – Political activism can be as simple as voting for a candidate or as statement-provoking as students lying on the Capitol lawn in a “die-in,” according to a growing movement of Arizona organizations teaching millennials, minorities and other underrepresented groups how to dive deeper into community issues. 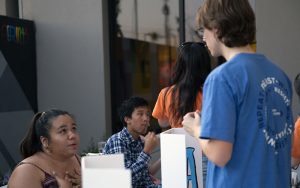 Guadalupe Espitia, a volunteer for NextGen, talked about DACA at June event in Tempe encouraging young people to learn about current issues and vote their consciences. (Photo by Vivian Meza/Cronkite News)

Progress Now Arizona, NextGen Arizona and other grassroots organizations have worked with kids as young as middle-schoolers on the need to vote, how to run for political office, show up for statehouse and city hall rallies, and sign petitions for action.

“People are frustrated with the political climate,” said Josselyn Berry, co-director for Progress Now Arizona, which split about 60 people into discussion groups at a June meeting in Phoenix. “Because of that frustration, it’s led them to wanting an outlet to get involved more directly.”

Protest movements like Red for Ed, where thousands of teachers and their supporters rallied successfully for a long-elusive pay raise, and the youth-led March for Our Lives gun-reform spur action, according to those who advocate for forging new political connections.

“Even though it stems from anger, a lot of young people are very optimistic that they, having these opportunities, will be able to change things for the better,” said Tissiana Vallecillo, 17, a member of NextGen Arizona and a student at BASIS Chandler.

‘It’s important that our voice is heard’

“It’s important for us to recruit, train and hire people who are directly reflective of their community that can be major advocates and fight for issues that matter most to them,” said Rep. Reginald Bolding, D-south Phoenix, who co-founded Our Voice Our Vote Arizona. “That doesn’t mean we’re silencing other voices, but it’s important that our voice is heard.”

Bolding talked about community activism at a leadership panel at the ProgressNow town hall that addressed how local and national government works – and how residents can affect decisions large and small.

The four-member panel emphasized that activism is a continuous push. Asked whether they had ever been left out of a room where important decisions were made, all three women raised their hands. 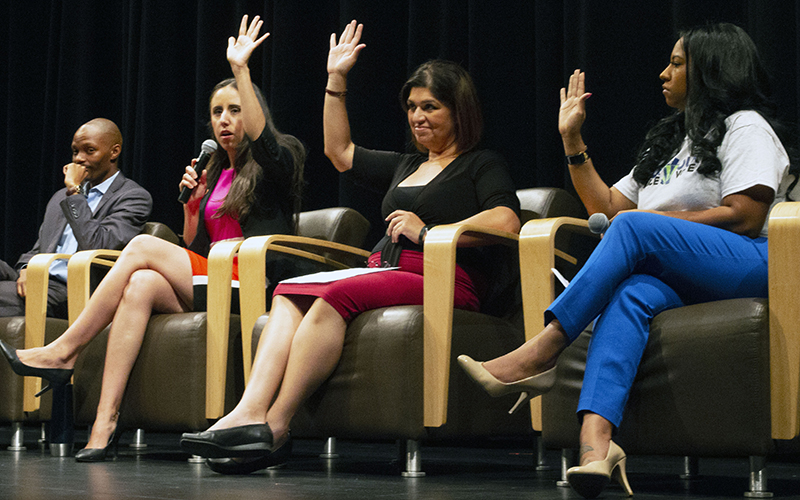 Three panelists raised their hands when Democratic Rep. Athena Salman of Tempe (with the microphone) asked the audience whether anyone had been left out of important decisions. Other panel members (from left) were Rep. Reginald Bolding, D-south Phoenix, Betty Guardado, director of Unite Here, and Cymone Bolding, co-executive director of Our Voice Our Vote. (Photo by Vivian Meza/Cronkite News)

Berry said most people who attend the information sessions in Arizona are Latino, black or members of other minority groups. Ages vary, she said, but millennials often outnumber other generations.

Such voters reflect the changing faces of the American electorate. Most eligible millennial voters in 2014 were Hispanic, black and Native American, while the largest percentage of white voters were 65 and older, according to Pew Research Center.

Arizona events for voters and others tend to tip toward progressive or liberal views, but leaders of ProgressNow and NextGen said they want everyone, regardless of political leanings or opinion, to become more active.

Leaders who encourage political engagement say it can start with basic moves, like registering to vote – then actually casting ballots.

About 5.1 million Arizonans are eligible to vote, but only about 3.6 million were registered as of March 1, according to the Arizona Secretary of State’s Office. Older people are considered more likely to vote than younger generations, but that’s changing. 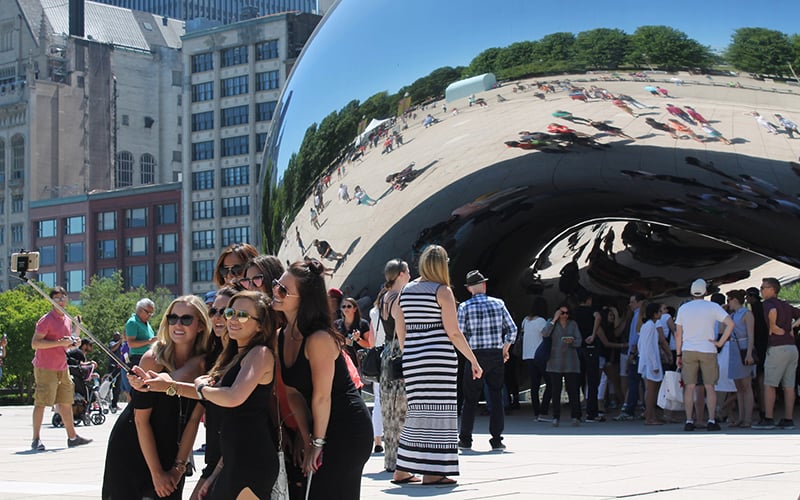 “Registering people to vote, especially the youth, is really essential to create the future we want in Arizona,” Vallecillo said.

NextGen targets young people even before they’re old enough to vote. Middle-school and high-school students last week attended a pool party at a Tempe hotel, with Pit Bull Pitbull blasting on stereo. The conversation centered around the latest news about Trump, March for Our Lives and DACA, which stands for Deferred Action for Childhood Arrivals.

Display boards at one table urged teens to register to vote – as soon as they were 18 – while other tables showed information about Red for Ed, DACA and gun-control reform.

“I noticed that a lot of young people, especially now, are having a lot more conversations about it because it’s affecting their lives a lot. People are really excited to do something about it,” Vallecillo said.

Advocating for ‘issues that matter’

In a 2018 study conducted by the Pew Research Center, nearly 1 out of 3 respondents expressed support for a campaign on social media, and nearly 1 out of 4 people said they had contacted their elected representative at least once in the past year. About 1 in 10 respondents said they had attended a government meeting, political rally or event in the past year, the study shows. 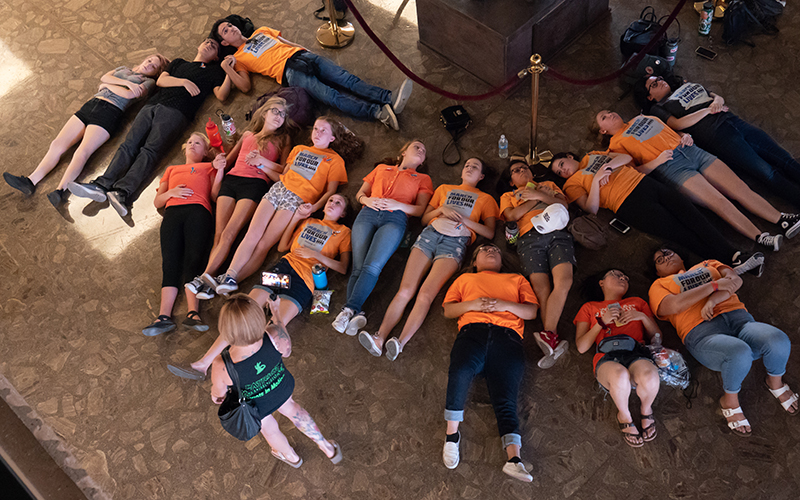 “We were kind of just taught, ‘Oh you’re just a kid, you need to do your facts,’” said 18-year-old Dawn Motley, whose activism started when she joined LGBTQ clubs at her Mesa high school. “But when you get your facts, how do you use them to your advantage to make sure that your voice is heard?”

She marched in protests this spring for Red for Ed and March for Our Lives. She graduated from Mountain View High in May and plans to pursue a degree in public policy at the University of Arizona.

One day, she said, she will lobby for issues that matter.