Experts warn swimmers to beware of water-borne parasites and bacteria

SCOTTSDALE – One-third of recreational waterborne disease outbreaks occur at hotel pools or hot tubs, according to a Centers for Disease Control and Prevention report that urges people to take precautions regardless of where they swim over the summer.

More than half of the outbreaks occur during the summer, but they also spike in March. Nearly 500 outbreaks occurred from 2000 to 2014 in 46 states and Puerto Rico, the report says, and they led to more than 27,000 cases and eight deaths. The report looked at pools, hot tubs/spas and water playgrounds. 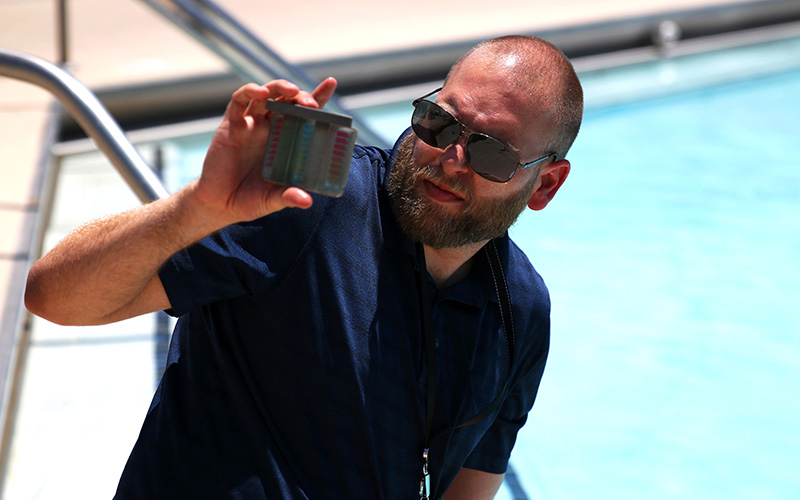 Swimmers alerted to risks of crypto, pool parasite that makes you ill

But the problem may be much worse, the report says. Because of different reporting standards among jurisdictions, the numbers could be underestimated.

Health officials said proper pool inspections and the vigilance of swimmers are the best ways to avoid being sickened by a water-borne parasite and bacteria that can cause intestinal problems, skin rashes and respiratory infections.

The crypto parasite, spread by a person with diarrhea who swims in a pool, was responsible for nearly 60 percent of the outbreaks, the CDC reported. Symptoms of crypto can include severe intestinal distress, dehydration and fever.

“It’s incredibly contagious, and you only need a few particles of the disease to make you sick,” said Jessica Rigler, who oversees public health preparedness at the Arizona Department of Health Services.

Experts say crypto is the biggest culprit in water-borne illnesses because it’s particularly resilient and difficult to detect.

“The parasite’s extreme chlorine tolerance enables it to persist in water, cause outbreaks that sicken thousands, and spread to multiple recreational water venues and other settings,” including child-care centers, the CDC report says.

Rigler said a crypto parasite might be absent in one area of a pool but lurk in another. 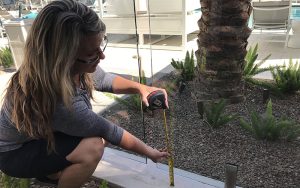 Kelly Alderman, a Maricopa County pool inspector, measures the space between the ground and the gate to make sure a child can’t squeeze through the gate to get to a hotel pool. The county inspects public pools for safety and other conditions, like chlorine levels, but doesn’t inspect for the crypto parasite because it’s too difficult to detect. (Photo by Amanda Mason/Cronkite News)

Kelly Alderman, who inspects recreational pools for Maricopa County’s Environmental Services Department, said super-high chlorine levels are needed to kill crypto, which can survive for up to 10 days.

But the county doesn’t test for crypto unless there’s an outbreak because it’s too difficult. Instead, they test for chlorine levels.

On a recent inspection of one hotel pool, Alderman first looked for such hazards as an open grate or chipped pool deck that might cause someone to trip, and for proper barriers to keep children safe. Then it was time to test the water’s pH and chlorine levels. Her safety findings: Repair the pool vacuum opening to make sure no one’s hand gets sucked in and fix an outside electrical box that could be used by someone to scale a fence into the pool.

She said the chlorine level was acceptable.

The best way to protect people from crypto is not to swim for two weeks after recovering from an illness, to teach children to avoid drinking or swallowing pool water and showering before and after getting into a pool.

And change a baby’s diapers away from a pool.

Swimmers also should make sure any public pool they are use passed inspection by checking the county website. Look for ripples on the water’s surface that indicate water is circulating, Alderman said, and be sure the water is clear – cloudiness indicates there’s less chlorine than needed and could lead to bacteria growth.