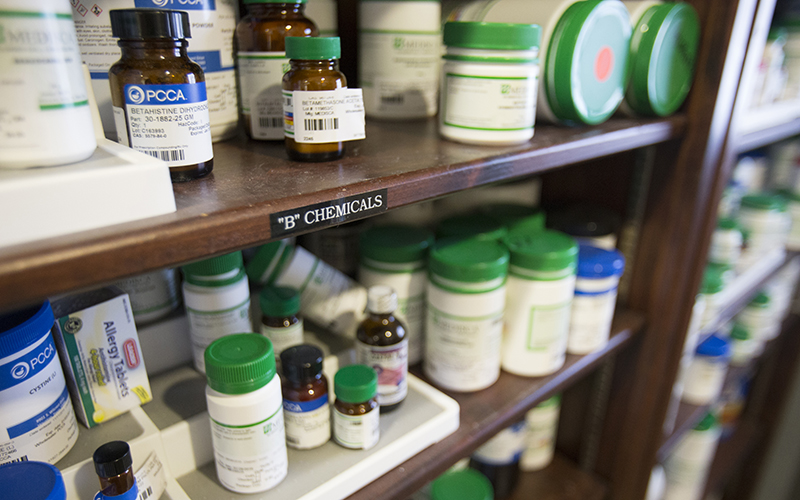 The U.S. is the largest market for pharmaceuticals, accounting for about 35 percent of the global market, and is the world leader in biopharmaceutical research and development, according to SelectUSA. (Photo by Johanna Huckeba/Cronkite News)

TEMPE – Arizona State University scientists will work with Tempe to detect opioids and other drugs in city wastewater, an exploration that could serve as an early-warning system in the ongoing opioid crisis.

The city and the ASU Biodesign Institute each will contribute $35,000 to study wastewater for opioids, cocaine, marijuana and other drugs as part of its efforts to monitor public health.

“The only good way to quickly measure community health is to look at wastewater, to look at the actual consumption of type and quantity of drugs moving through the city” said Rolf Halden, director of the Biodesign Center for Environmental Health Engineering. “We can analyze that and can warn citizens and law enforcement of the arrival of very dangerous drugs before we see the spike in overdoses and deaths.”

To monitor public health, the institute tests wastewater for Tempe and about 200 cities in the U.S., researcher Adam Gushgari said.

The Tempe research will be a 48-hour turnaround, with the team collecting samples every 24 hours, testing them for opioids, synthetic drugs and other substances, and sending those results to the within city 24 hours. 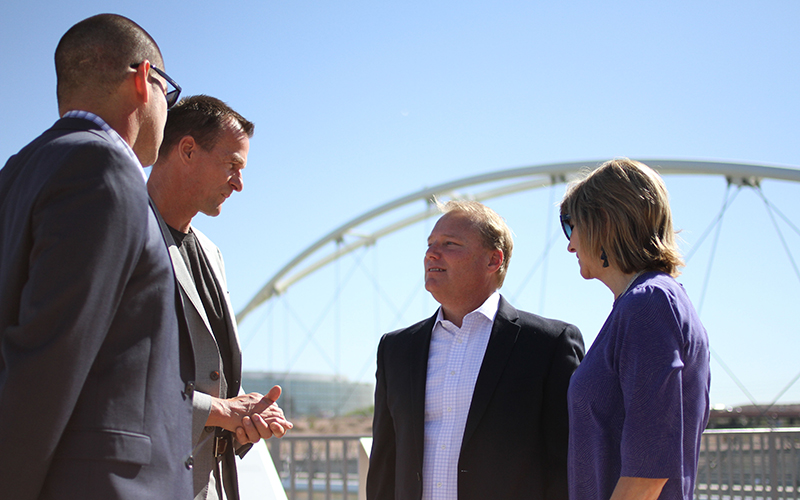 The data takes a look at a geographic area but can’t pinpoint use from a specific household or person, researchers said.

“We are not interested in exploring particular citizens,” Halden said. “The first mission is to protect the privacy of the citizen.”

The data collected from the wastewater will contribute to Tempe’s overall understanding of opioid issues, said Joel Navarro, a Tempe city councilman who heads a regional committee on opioids. It will be used in tandem with the city’s Opioid Abuse Dashboard, which tracks areas in the city getting the most public safety calls.

Ultimately, it will help the city target the right programs to combat the opioid crisis, Navarro and researchers said. The wastewater results could show whether a newly launched program is effective in real time.

“We are embarking here on a revolution in public health,” Halden said. “We are spending a lot of money in health care treating sick people. And there is an opportunity to move to the front end of public health and prevent people from getting sick.”

Opioid detection is a first step in wastewater monitoring, Halden said. Eventually, it could be used to identify threats such as an initial outbreak of Zika or other disease, giving government officials more time to stop a problem before it worsens.