FLAGSTAFF – While most people might think seeds are free, the craft of seed saving – planting, harvesting and then sharing seeds – is illegal in some states.

That’s because some corporations spend millions investing in seed development, and they have patents to protect their investments, according to agricultural giant Monsanto Co. State legislatures have responded to their concerns. 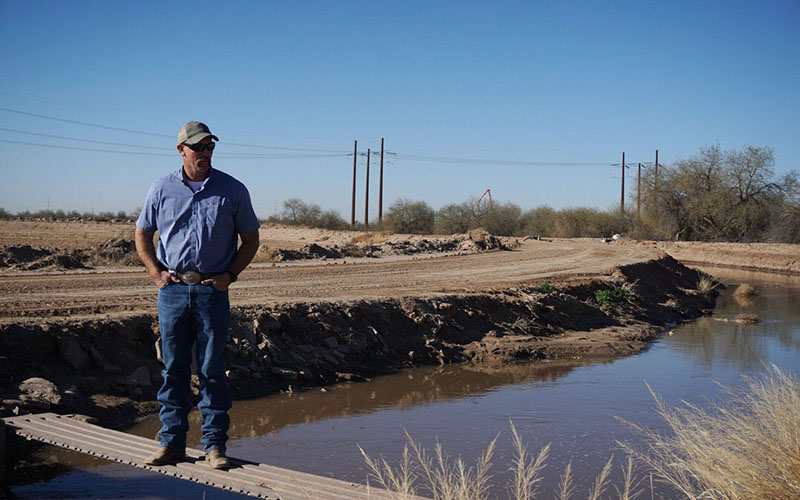 • Arizona farmers, pressured by grinding drought and urban sprawl, look for ways to save water
• Mesa Public Library adds to the environment with a seed library

“Seed saving is the most magical, productive and phenomenal activity humans have ever engaged in,” Bill McDorman, executive director of the Rocky Mountain Seed Alliance, said at a recent workshop in Flagstaff.

“In a sense, it’s a ritual to help plants carry on through a life cycle so that we can select the best ones, save them and then plant them again,” he said.

The nonprofit Rocky Mountain Seed Alliance was founded in 2014 to teach and promote seed saving through workshops and seed libraries. At seed libraries, people can “check out” seeds to plant, then gather the new seeds and donate them to the library.

Arizona is among the states that require a “seed dealer license” for any person who plans to “sell, distribute, process or mix” seed.

Proponents of seed saving question whether these laws should apply to libraries, where seeds are exchanged, but not commercially sold. The Rocky Mountain Seed Alliance says regulations hurt farmers and the food industry.

“We can never breed great crops again because the parts we need are owned and patented by different companies now,” McDorman said. “It’s a delusional behavior to think that we can control nature and profit off of it in this way and actually survive.”

Monsanto says it needs to enforce the patents for several reasons.

“First, no business can survive without being paid for its product,” according to the company’s website. “Second, the loss of this revenue would hinder our ability to invest in research and development to create new products to help farmers.”

And, the company says, it’s not fair that some farmers pay for seeds, while others don’t.

Still, the alliance encourages gardeners and farmers to ignore seed patents and regulations.

“The best thing you can do is to save seed, share seed and violate the patents because you’re helping farmers around the world,” said Carol Thompson, a seed expert and retired professor at Northern Arizona University.

Thompson co-authored “Biopiracy of Biodiversity: Global Exchange as Enclosure,” which analyzes the patenting of seeds overseas.

“Openness, honesty and transparency from our seed companies about intellectual property. That’s what we need right now,” McDorman said.